Toddler Loses Balloon So Clever Family Cat Helps Him Get It Back.

There’s no doubt that a cherished family pet can be a human’s best friend, and best friends help each other out when things go wrong.

Even though many people think of dogs as being the pets who come to human’s rescue most frequently, let’s not forget that cats are incredibly smart and able best friends, too. Case in point, this viral video of one highly intelligent feline coming to the rescue when his tiny human needed a longer reach than his little arms would allow. 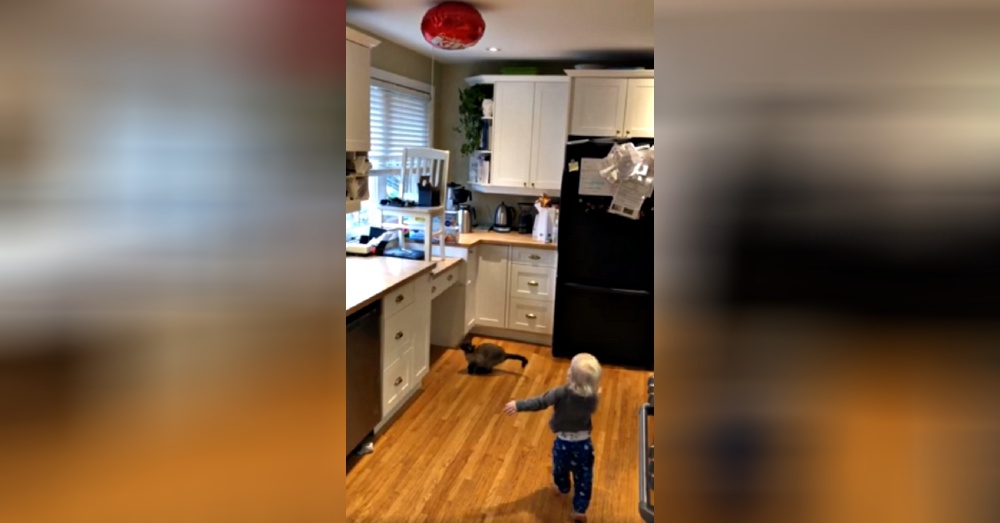 The short video starts with a cute toddler sitting on his kitchen floor, gazing wistfully towards the ceiling where his bright red balloon has floated. He doesn’t seem to know what to do about his predicament, but thankfully there’s one creature in the room who’s on top of the situation.

The family cat is a beautiful Siamese, a breed known for their intelligence and athleticism. The kitty seems pretty interested in the balloon string, so even though the child has no clue how to get the balloon back the cat isn’t about to give up that easily! 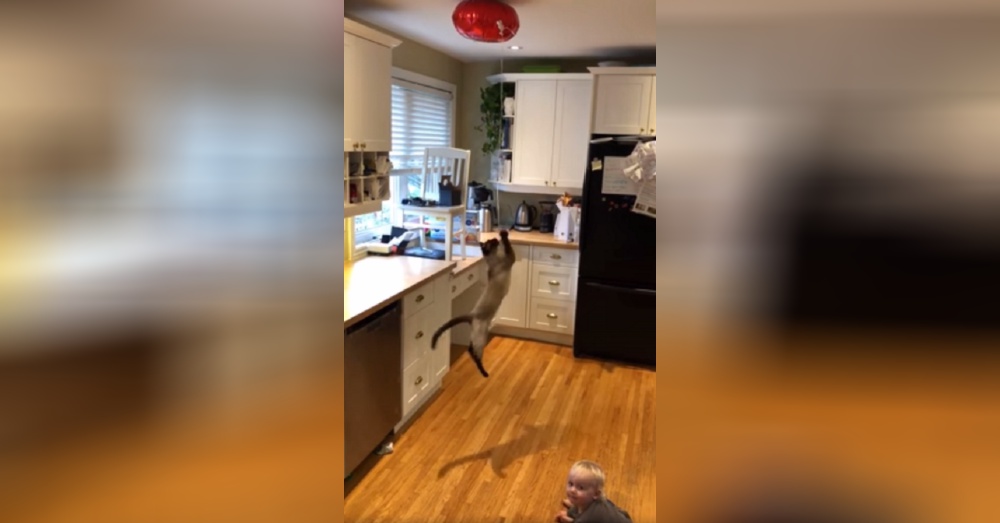 With one tremendous leap, the cat attempts to snag the string, but when he misses he tries another tactic. Jumping up on to the counter, the cat reaches out a paw and snags the end of the string. Incredibly, the cat then takes the string into his mouth and jumps back down to the floor where it is gratefully received by the waiting child.

We had no idea that a cat could be this clever, but then again, he’s just being the greatest BFF he can be! Watch out for this pair of buddies because once they learn to work together and pool their talents, they’re going to be trouble with a capital T. 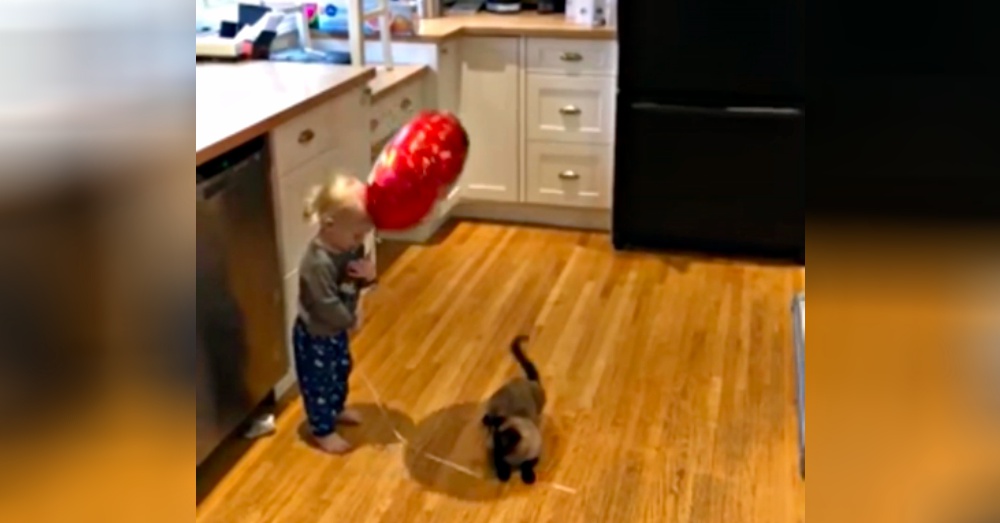 See this clever kitty in action as he retrieves the lost balloon for his little friend in the video below, and don’t forget to share!

Watch the video by clicking here.