Bulldog Finds “Love” With Manatee He Met On Kayaking Trip In Florida.

They say love is blind, and apparently that motto applies to the animal kingdom as well!

Eric Eggert of Phoenix, Arizona was visiting his family in Florida with his beloved English bulldog, Frappe (short for Frappuccino), when he decided to take his furry friend on an adventure. It’s typical for Eric to take both his dogs on exciting trips around the world, but this experience quickly became more memorable than Eric and Frappe could have anticipated! 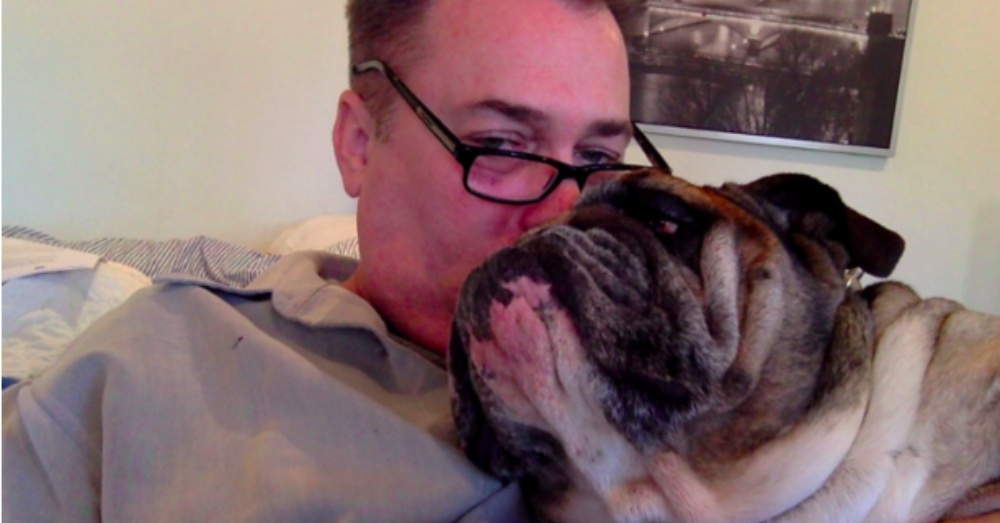 The two went for what was supposed to be an uneventful kayak ride along one of Florida’s many coastal waterways. As they cruised along enjoying the sunshine, Eric spotted something floating next to their small boat. It was a manatee, the official Florida state mammal!

Manatees are sometimes called sea cows because of their large size and incredibly gentle disposition. Although they eat only plants, they can grow up to 14 feet long and weight over a ton! These peaceful creatures live in shallow, slow-moving water systems in the southeastern U.S. — much like the area Eric and Frappe were discovering on their kayaking voyage. 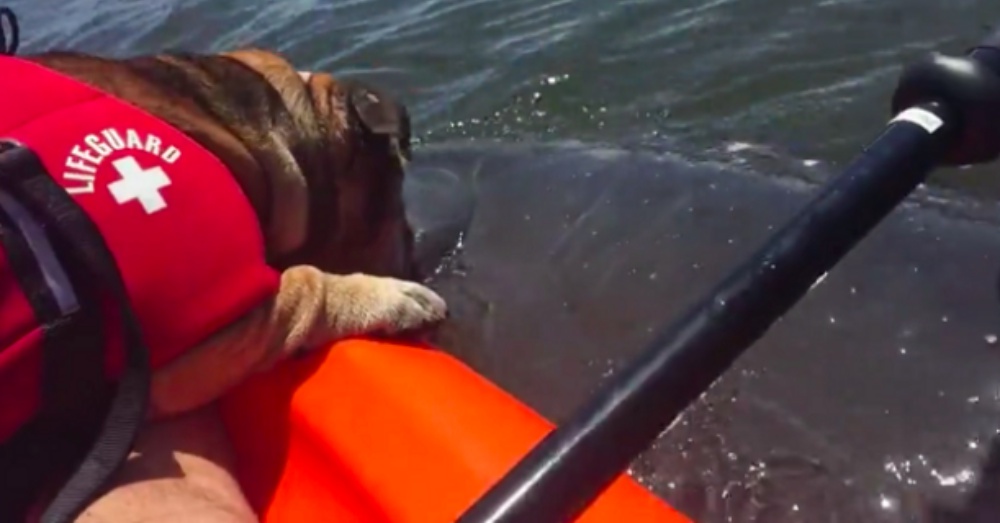 To Eric’s delight, the manatee wasn’t bothered by him or his dog at all. In fact, the manatee seemed very interested in meeting Frappe, hovering near the surface and poking its nose out of the water so the excited bulldog could get a good sniff! Eric began to film the exchange just as the manatee and Frappe make first contact, touching noses in the sweetest interspecies kiss we’ve ever seen.

Eric seems positively giddy about his dog’s new buddy, laughing as the gigantic creature glides up to the kayak to give Frappe more attention. Although Frappe is understandably excited, he demonstrates remarkable restraint near the face of such a majestic animal. 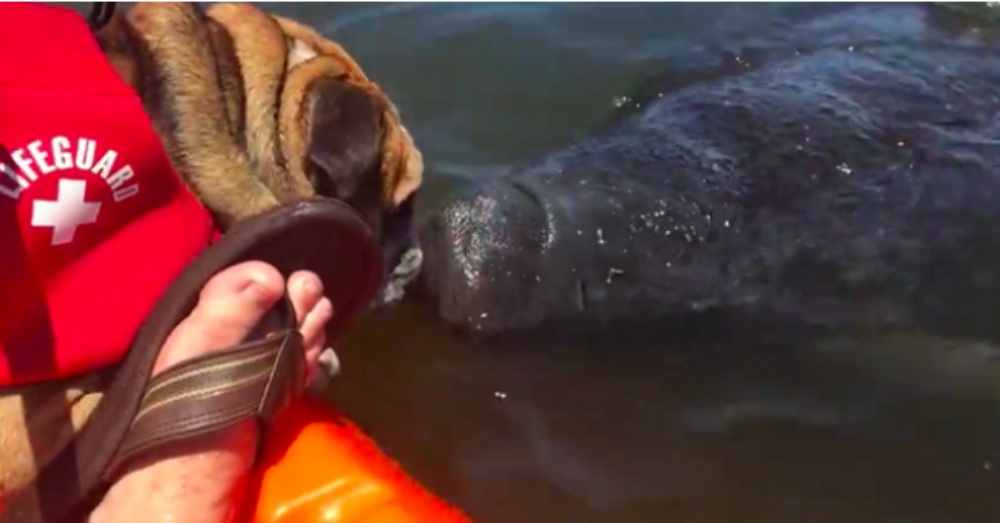 What a special outing for Frappe and Eric! Manatees have been on the endangered species list for decades but are making a comeback thanks to conservation efforts. Videos like Eric’s give us a look at these fascinating mammals, and we just can’t believe how gentle and inquisitive they are.

Watch Frappe and the manatee introduce themselves in the video below, and don’t forget to share with an animal lover you know!