Man Risks Own Safety To Free Terrified Bobcat From Trap.

Animal traps have a nasty way of putting innocent creatures in harmful situations.

That was the case for one bobcat when its foot got trapped in the desert. Thankfully, a kindhearted stranger was nearby to save the day! 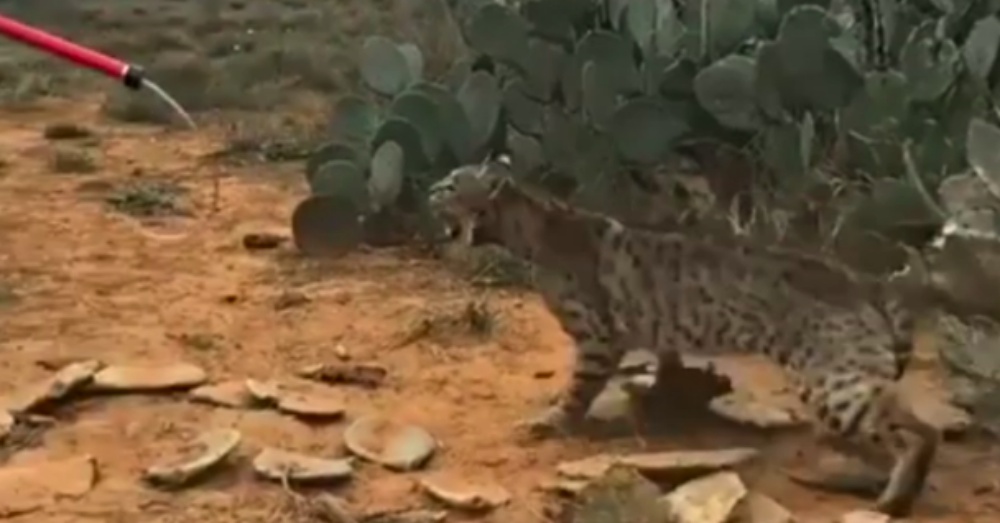 In a video shared online, we can see the bobcat is struggling to free itself from a claw-like trap. Like many wild animals, bobcats can be dangerous, so when the man arrives, it’s obvious that he’s using extreme caution.

As he tries to loop the end of an animal control pole around the creature’s neck, the poor thing panics. But despite its apparent fury, the man remains patient and determined to finish his rescue mission. 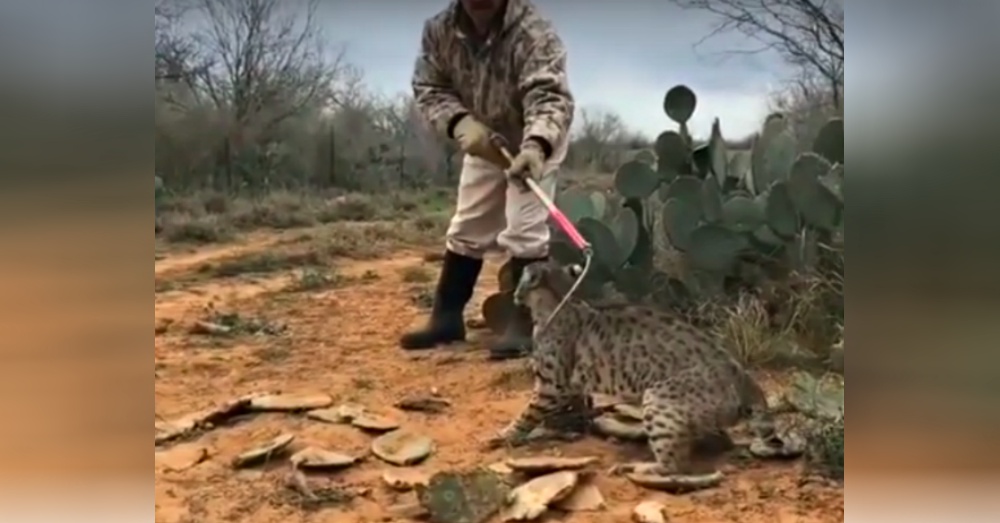 Eventually, he catches the terrified feline and quickly moves it away from the cactus so it won’t hurt itself further by thrashing around on top of it.

Not long after, the bobcat calms down just enough for the man to free its foot from the trap. Then he loosens the animal control pole, releases the bobcat, and quickly moves out of harm’s way. 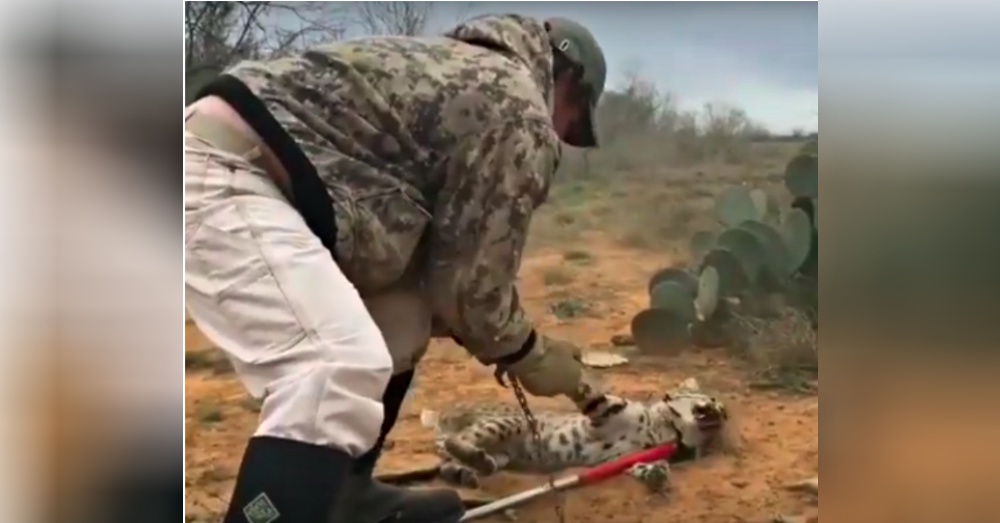 That’s when the most amazing moment occurs! Instead of attacking him, the bobcat sits there as if it’s taking in everything that just happened. Then the once-ferocious animal gives its rescuer a grateful look before it runs off. 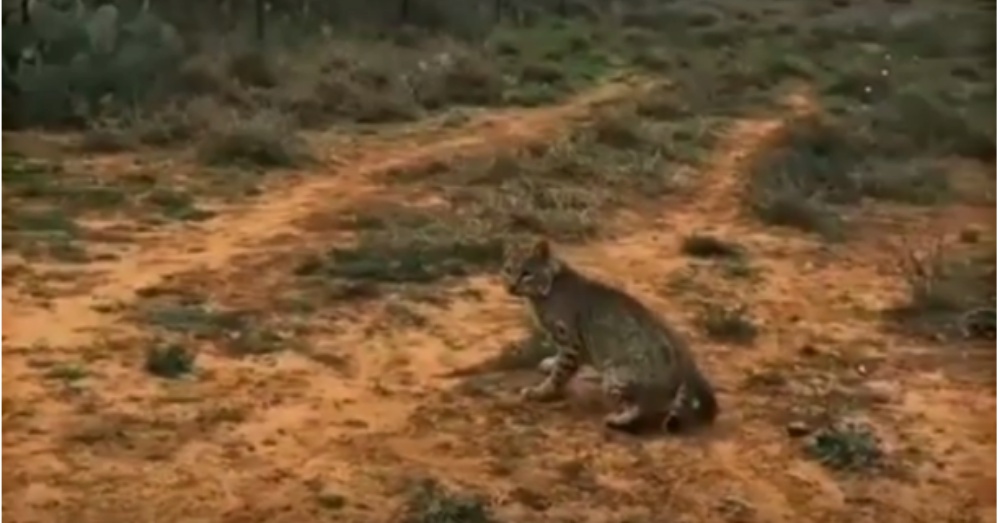 While we hate knowing these rescues have to happen in the first place, we’re so glad this man was there to intervene. It just goes to show that there are selfless people out there who will do everything they can to help those in need!

Check out the daring mission in the video below, and be sure to share this story with your friends!

Six-Year-Old Boy Speaks Up When He Sees Baby Elephant Being Beat With Stick In Thailand: Click “Next” below!