Boaters Hurry To Reunite Trapped Baby Moose With Its Mother.

We’ve seen many daring animal rescues, but none of them have been quite like this.

A group was out enjoying nature in Ontario, Canada, one day when they came across a baby moose in a precarious situation. Without hesitation, they got to work doing everything they could to free the poor creature. 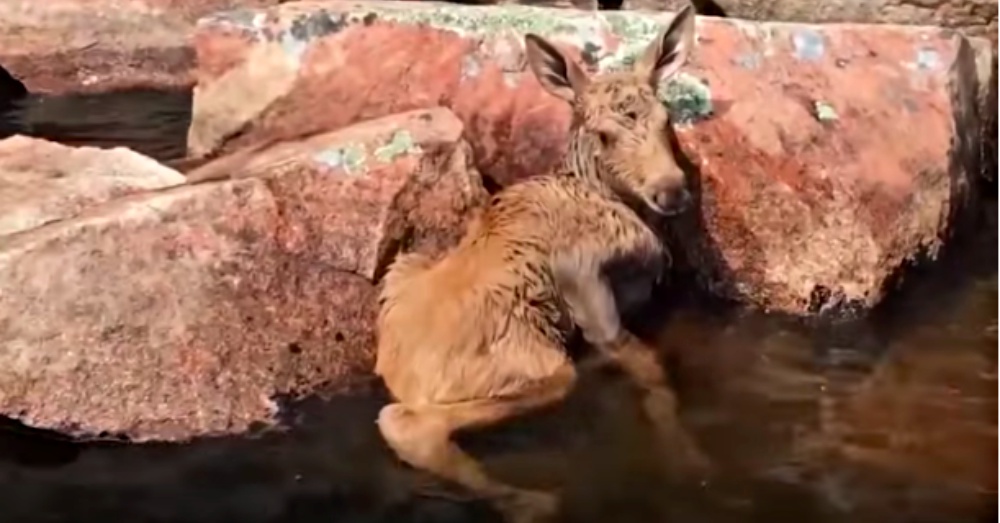 In a video posted online, we can see the moose is partially submerged on the rocky shore of what appears to be a river.

As the boaters pass by, they watch the baby’s mother climb out of the water and over the rocks to safety. As they begin recording, they explain that, for whatever reason, the little one can’t seem to follow her, so they jump out to help! 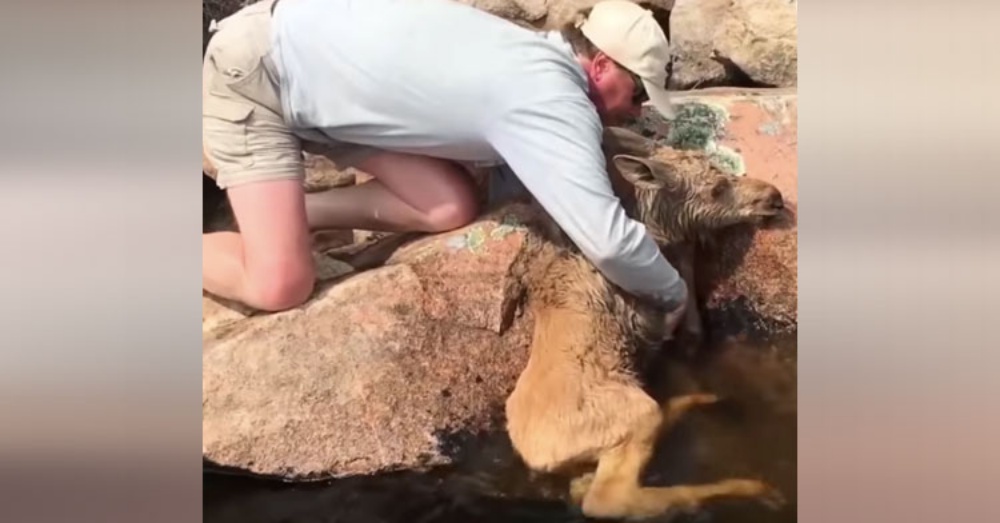 When they reach the moose, they realize its hoof is lodged between two of the rocks. One of them tries to lift the baby, but it’s too heavy to free alone. That’s when two more kind people come to its aid! 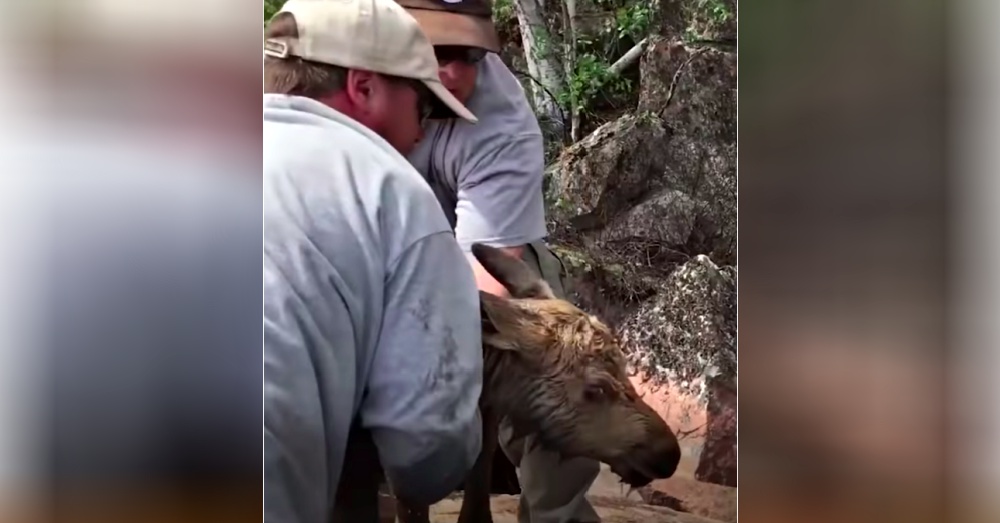 When they are able to free the moose, they decide to help it reunite with its mother. So two of them work together to guide it over the rocks without hurting the baby — or themselves.

Finally, they reach safety and release the animal so it can go home. But the baby is too confused to know what to do. Instead of heading over to its mom, it just keeps following the men.

Thankfully, once the sweet little one calms down, it heads away from them and reconnects with its patient mother! 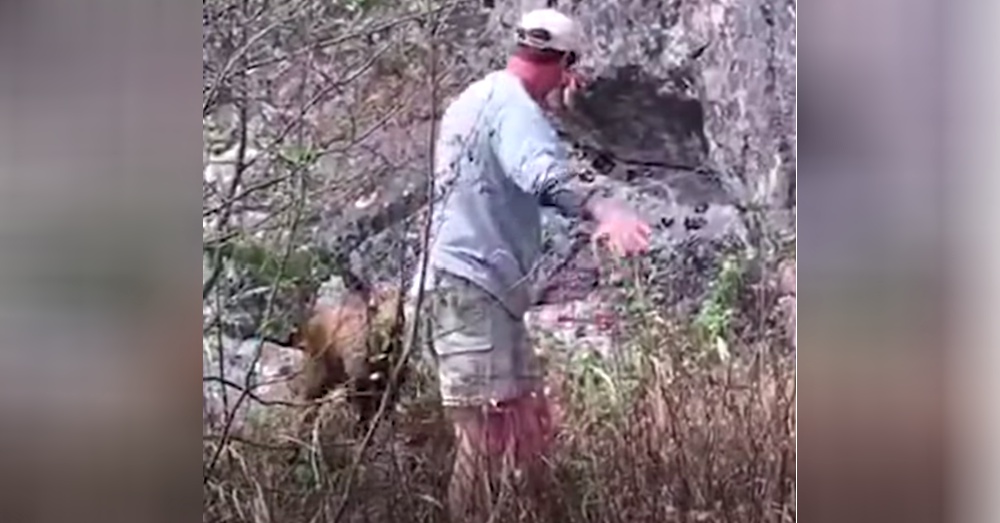 We’re so glad this courageous group was nearby to save the day! It’s always heartwarming to see individuals risk their own safety to rescue an animal in need.

Check out the adorable rescue in the video below, and be sure to share it with your friends!

Dog Waits Every Morning With His Two Little Sisters For The Bus: Click “Next” below!