Jeff Mein Smith spotted the little baby blue penguin while out on a bike ride late last month. She was right there in plain sight, hanging out all by her lonesome on a stretch of beach on New Zealand’s south island.

But he wasn’t the only one who’d noticed her. So had lots of other passersby — and their dogs. Jeff rushed home to grab his camera and made his way back, hoping the penguin hadn’t been scared away yet or injured by the dogs whose owners were allowing them to get dangerously close. 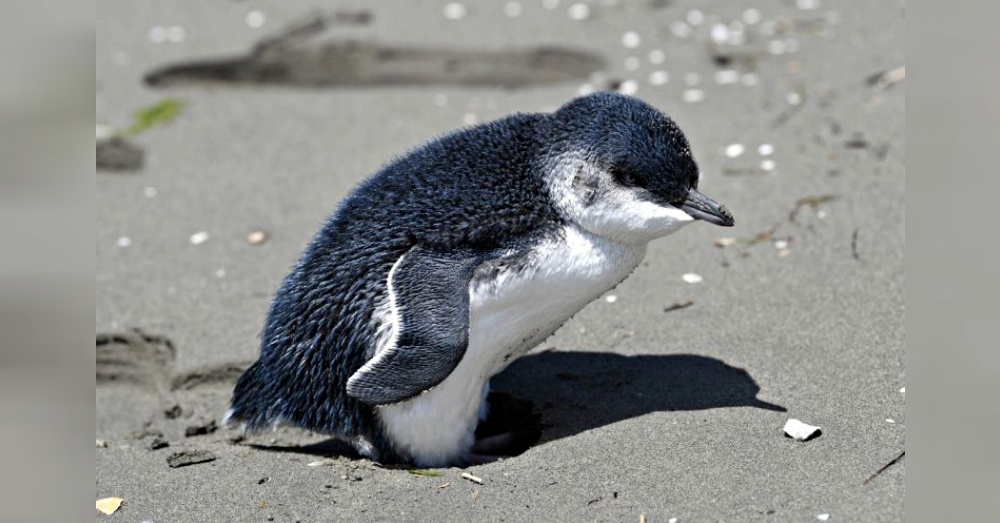 But as it turned out, he also wasn’t the only one concerned about her wellbeing. By the time he returned, some area residents had circled the wagons and formed “a little penguin protection patrol” to ensure her safety, he said. Just so there wasn’t any question about what they were doing, they put it in writing:

“Hi, I’m waiting for my mum to come back. DOC (Department of Conservation) knows I’m here. Please leave me alone. *Keep your dog away. Thanks, Billy the baby blue penguin.” 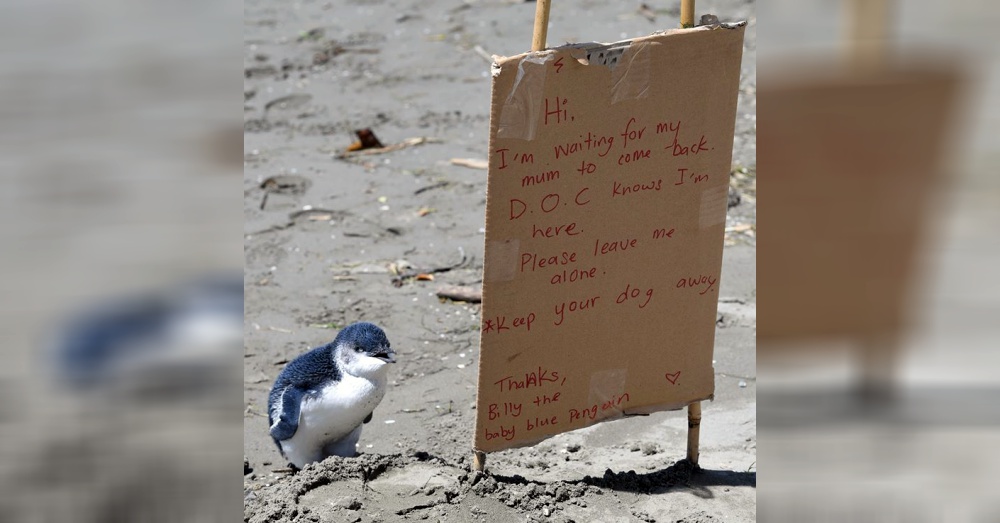 But as time went on, something just wasn’t right. 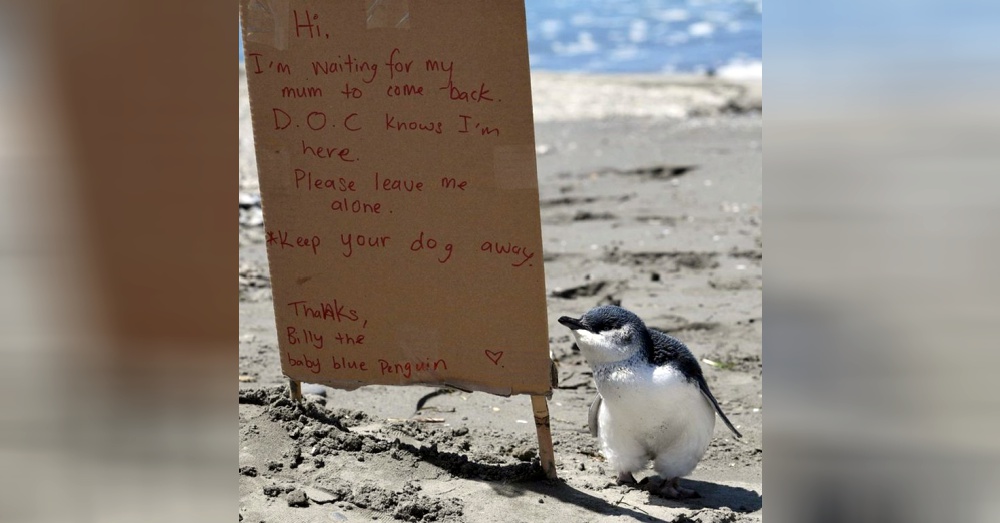 Billy (who, it turns out, is female) was young, but not so young that she’d still be depending on her mother. But she also wasn’t old enough to strike out on her own. And that’s how Billy the blue penguin, an endangered species native to New Zealand, made her way from Monck’s Beach in Christchurch to the Christchurch Penguin Rehabilitation organization. 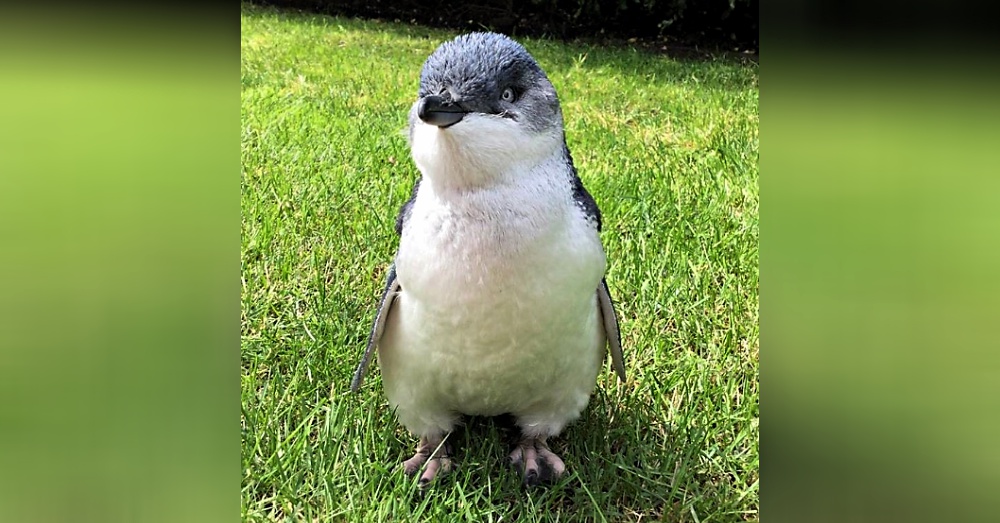 Experts there estimated her age at two months and found she was pretty significantly underweight. So they set about fattening her up, and she went from taking simple fluids and fish smoothies on her first day to dining on salmon and anchovies the following day.

Once she fattens up and gains enough strength, expected to take a few weeks, she’ll be released back into the ocean. 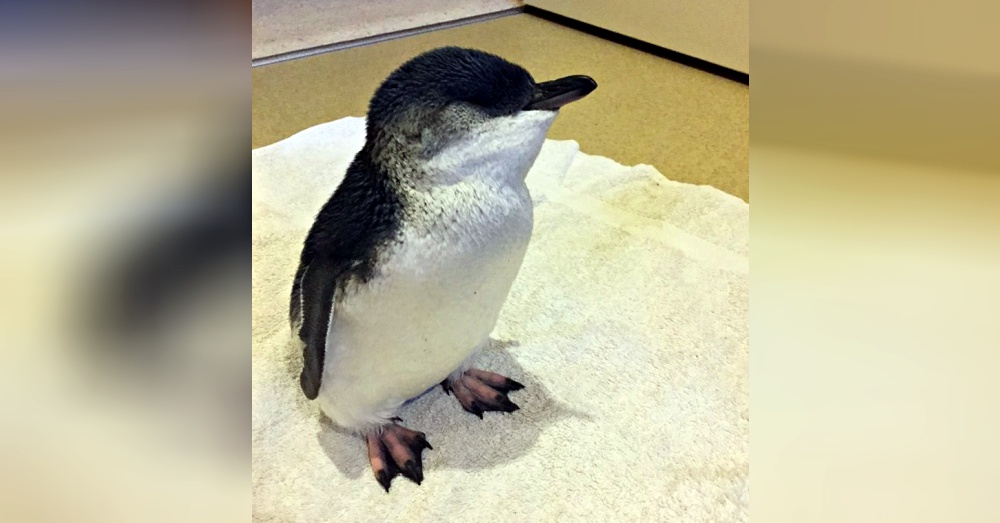 We’re so glad the locals stood guard over this baby girl until she could be brought to safety, and we wish her safe travels once she’s released. Share to show your thanks to everyone who helped with this rescue.

Rescued Dog And Bullied Boy Save Each Other, Now BFFs: Click “Next” below!