Blind Pit Bull Had “Horror Movie” Start To Life But Loving Family Comes To His Rescue.

Love: you can’t always see it with your eyes but you can always feel with your heart.

A Pennsylvania teenager named Katie Frame knows her dog Bear adores her, even though he has no eyes. She feels the love from her pup when he lays his big, square head in her lap, when she cuddles with him on the couch, and when the dog sits by her feet and gazes up at her adoringly. 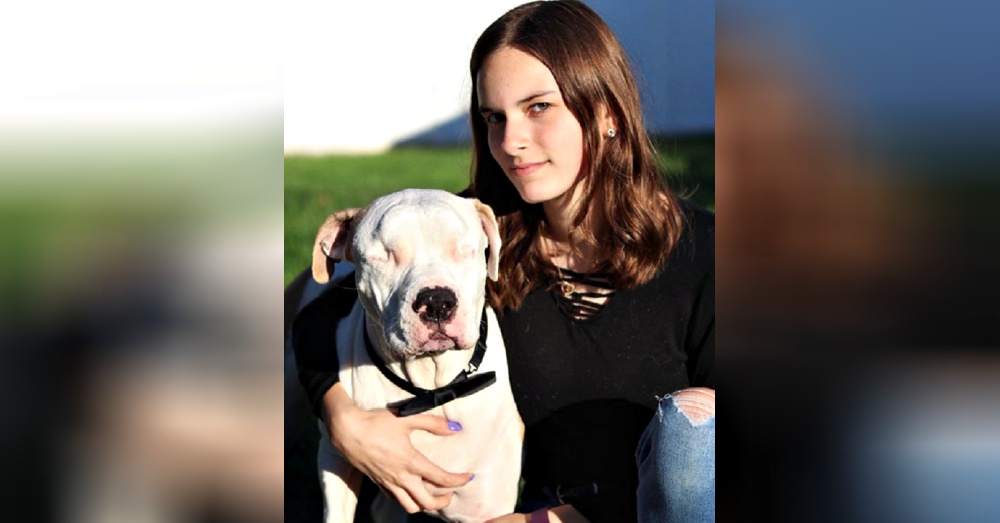 Bear loves Katie unconditionally and the feeling is quite mutual, but Bear hasn’t always been lucky enough to be a part of a loving family. When he was just a year old, he and his sisters were running loose in Trenton, New Jersey, when he was hit by a car. The driver sped off without stopping, leaving Bear gravely injured in a gas station parking lot. 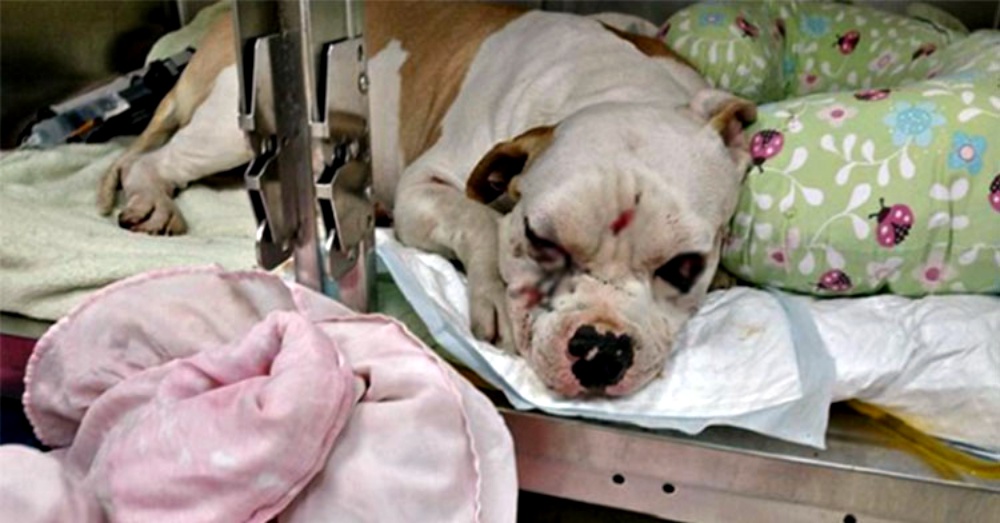 “He looked like something out of a sick horror movie,” said Katie.

Close to death, Bear was taken to the local animal hospital where Katie’s mother happened to work. His owner was contacted, but when they showed up to identify him and saw the extent of his injuries, they left him there. He sat in the cage, in agony, for three days. Bear’s eyes were so badly injured that they eventually had to be removed.

Seeing the suffering dog who had been abandoned by every human he’d ever known was more than Katie’s mother could bear. After discussing what bringing a disabled dog into their home would mean, they decided to go for it. 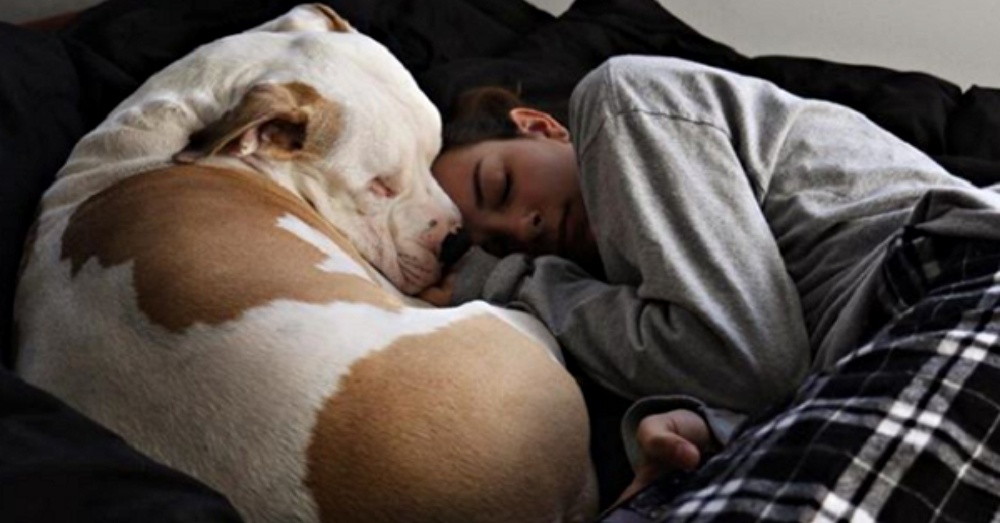 “She told me about Bear and together we decided to open our hearts and home to the poor soul,” Katie said. “Right after that he got the medical attention he desperately needed, and after that my beautiful boy came home. Now let me tell you, he is the happiest sweetest pup I’ve ever had the privilege to be friends with.”

Once his health problems had been addressed, Katie and her family were thrilled to discover a wonderful, loving personality hiding beneath the surface. Katie says he doesn’t even seem bothered by his lack of sight; he’s a perfectly normal dog in every way. 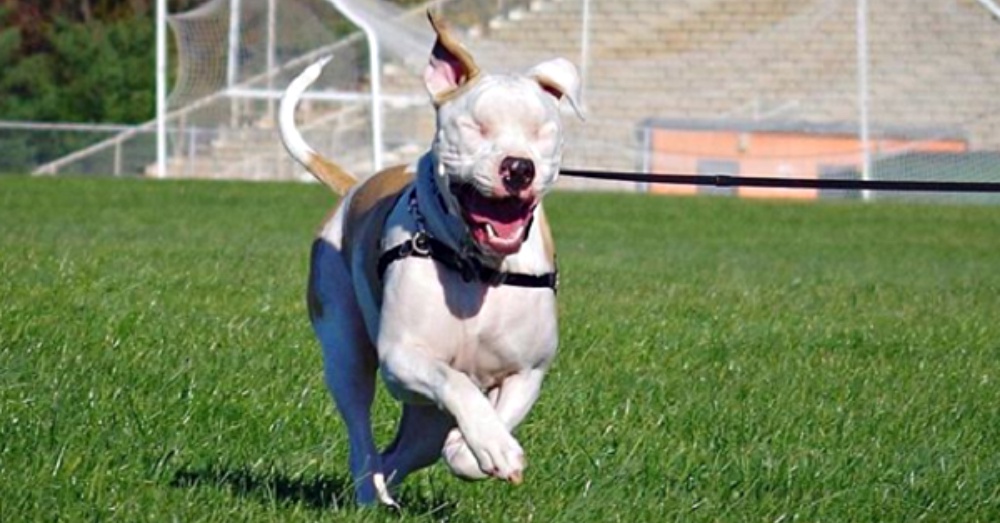 “Living with a blind dog is not so different from living with a regular dog,” Katie said. “He bumps into things sometimes, but he eventually mapped out the house in his head and he gets around easier than I thought he would.” 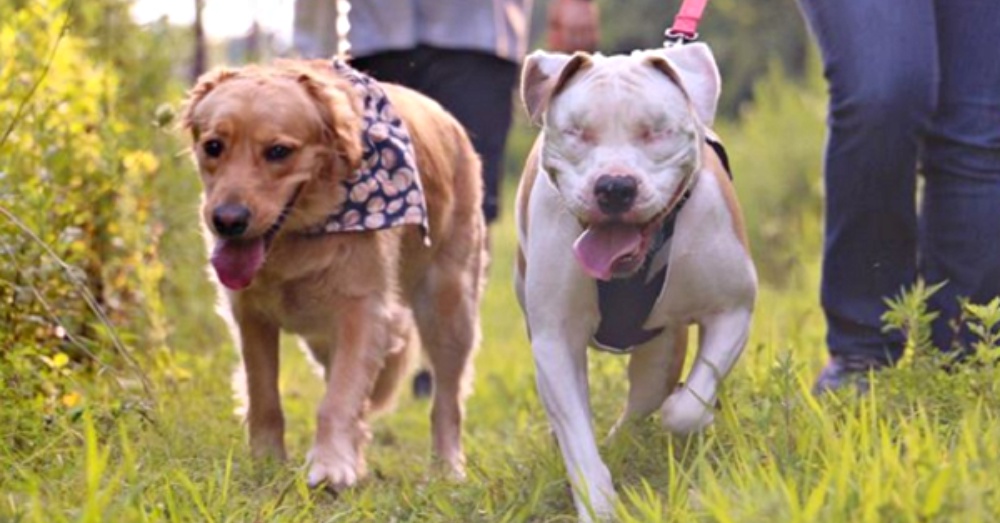 Bear loves everyone and is known for greeting new friends by hopping into their laps for kisses. His sense of hearing is incredibly sharp, so he’s able to navigate his world with relative ease. His family is also quick to help him when he needs it, as all good families do.

In spite of all the help the Frame family has given Bean, they all agree that he’s given them all much more. “Before he came into my life, I was so worried that I was wasting my life,” Katie said. “I felt like time was moving faster than I was. But now I feel like I have purpose. He has significantly improved my life.”

Katie says she can’t imagine life without her blind dog, and now she’s more confident about working with dogs with special needs. 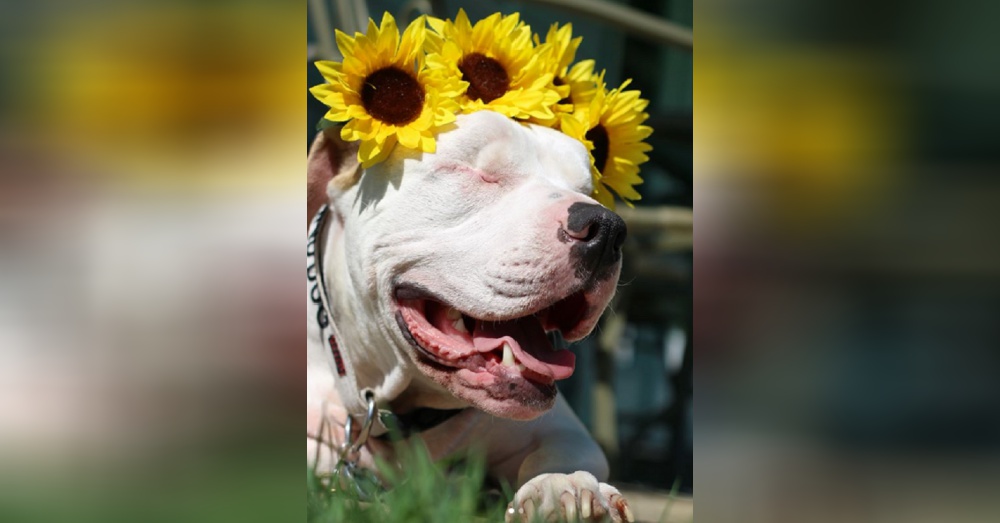 “He motivates me to get up and actually participate in life. He makes me smile when I’m feeling gloomy, and he gave me a reason to enjoy life. Bear is an amazing dog. Nothing holds him back from leading a normal happy life. Not his blindness and not his breed. He has taught me that love is not what you see, but what you feel.”

Bean is proof that we clearly don’t need vision to see what truly matters. Please share his story.

Stray Dog Fell Asleep With His Head On His Rescuer’s Shoulder: Click “Next” below!