Blind Man Asks Dog Owners On Facebook For Descriptions Of Their Pups And 1000s Reply.

If we know one thing about dog owners it’s that they never miss an opportunity to talk about their canine best friends.

There are thousands of websites and social media groups devoted to giving pet owners a space to discuss the joys and sorrows involved in pet ownership. Stephen William Dale Shkuratoff of Calgary, Alberta, is a member of quite a few of these groups because he absolutely loves dogs. 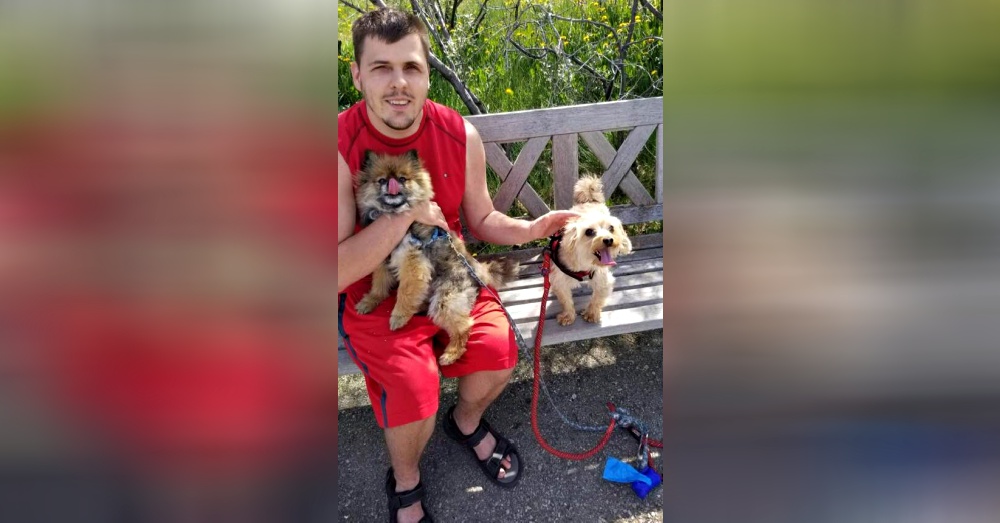 Stephen recently made viral waves online after he went to one of his favorite dog groups on Facebook and asked an incredibly wholesome question. Stephen is blind, so using his voice-to-text app he posted a humble request for dog owners to describe what their pets look like, including details like how soft their fur is, what activities they enjoy, and other personality traits.

“I love being a member of this group!” Stephen wrote. “I am blind and was hoping to ask for more dog descriptions. Personality traits are more helpful than colors. Like how soft the dog is for example. Bonus as always for dogs full of kisses and snuggles. Thanks for making me feel included.”

The results were instantaneous. Within minutes of posting, dozens of pet owners had replied with glowing descriptions of their furry friends. 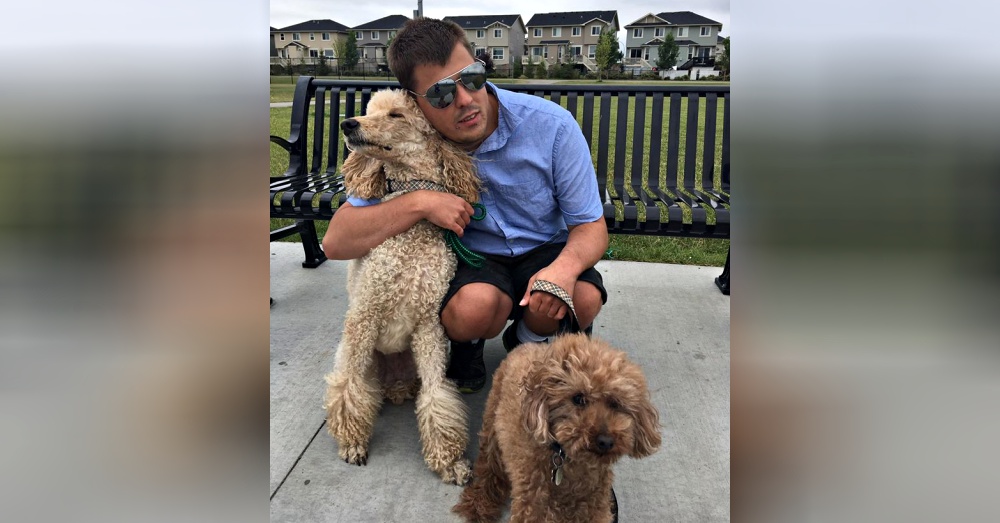 “Casper is a white bichon frise with soft fur and a swishy tail,” wrote one Facebook user. “When I fluff dry it after he was in the bath, it changes from a curly coat to poofy. He has big bright brown eyes that stare into your soul or squint at you from across the room in a funny way if he is cross with you. His whole bum wags as well as his tail when he is excited.” 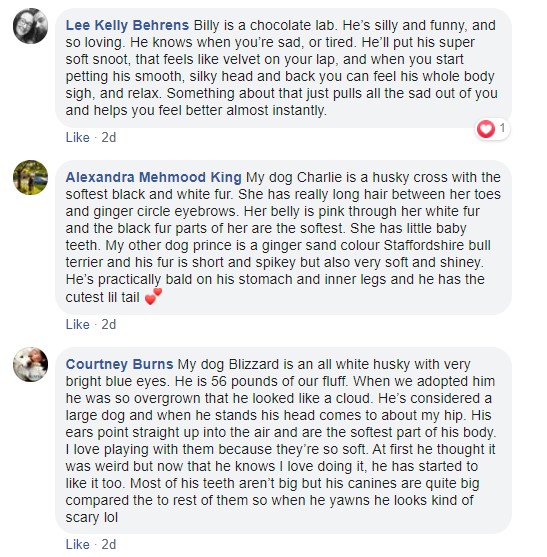 “My boy, Smokey, is the most loving and silly boy,” wrote another. “He has many nicknames but most recently it’s ‘Scootie’ [because] he’s always moving around. His favorite thing to do is hunt for water bottles, prey on them and then attack and conquer them. His fur, while short, is very very soft and velvet-like. He can be chunky like a potato when he’s curled up cuddling or a chiseled muscle dog when in action. He loves to smother you in kisses and I know he would love you and give you kisses too if he ever got the chance to!” 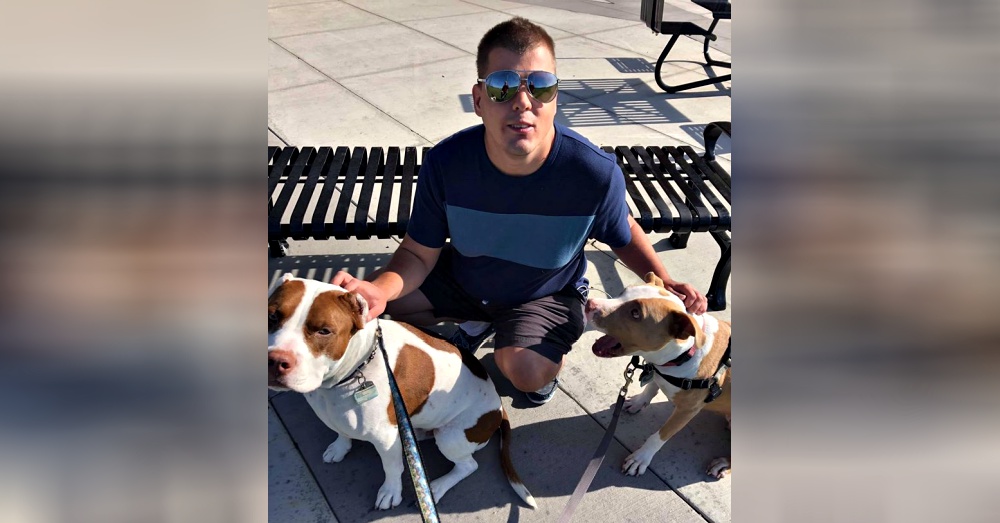 More than 2,000 people chimed in to gush about their pooches. But this isn’t even the first time the internet has responded to Stephen’s call for dog descriptions! A few months back, Stephen asked for descriptions in another group, inspiring a different wave of dog fans to post responses in support.

While Stephen has posted before, he says he’s never received such a big response as the one a few days ago. He’s thrilled that his love of dogs has opened new doors socially for him, including several in-person meet-ups with dog owners who live nearby.

“I am grateful for all of the responses and that people take time out of their day to describe their dogs — [it] is just so nice,” he said. ‘I have made several Facebook friends from these posts.” 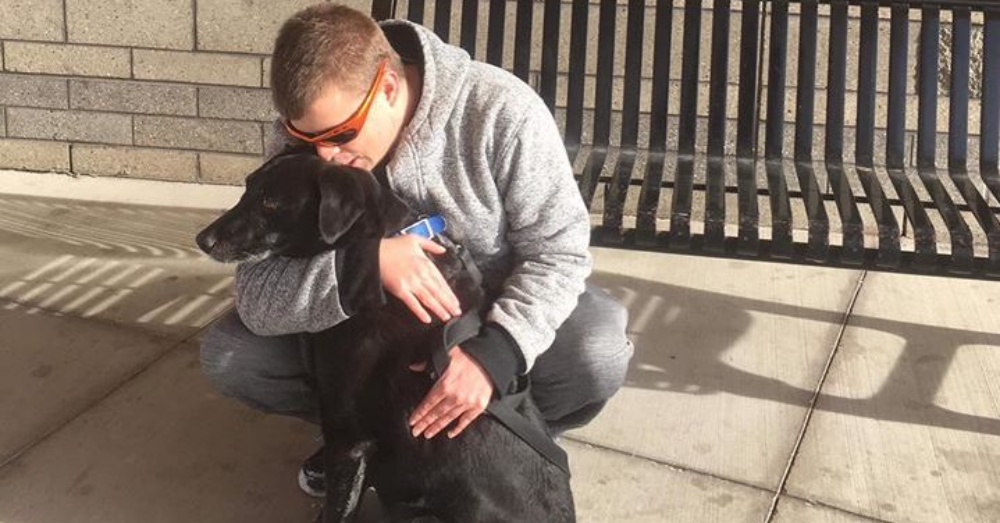 So often social media is used as a tool to divide us. It’s wonderful to hear a story like Stephen’s where it not only united him with other like-minded individuals, but it also enabled him to feel included in a world where he often feels overlooked. We hope Stephen enjoys all the puppy kisses he’ll be getting from his new friends.

The Comedy Wildlife Photography Award Winners Are Announced: Click “Next” below! 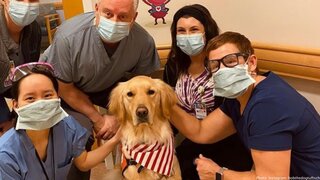