Confused Beaver Becomes Unexpected Leader Of 150 Cows & The Internet Is Cracking Up.

As a wise, fictional wizard once told Harry Potter, those who “have leadership thrust upon them” sometimes find they’re surprisingly well-suited for the job.

While we’re not sure this confused rodent would agree, we can say with confidence that its new bovine followers sure do! Rancher Adrienne Ivey, who lives in Ituna, Saskatchewan, uploaded the hilarious footage to Facebook with the caption, “How do we move 150 heifers in Canada?” 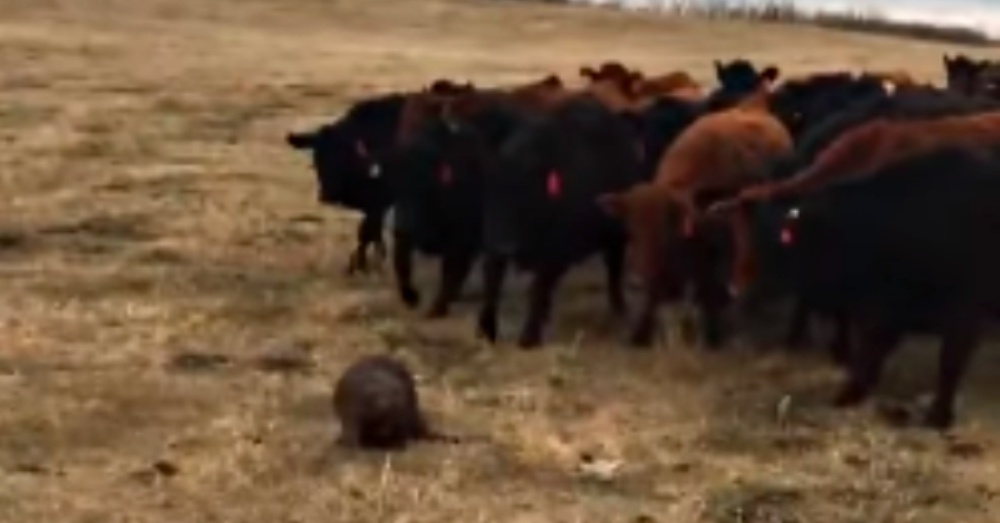 Her husband, Aaron, learned when he was out checking on their cattle one day that the answer is beavers — who are, apparently, the best herders around. He watched, perplexed, as all the cows grouped tightly together behind a lone beaver, waiting for it to move. He and Adrienne had never seen this happen before, so they had to record. 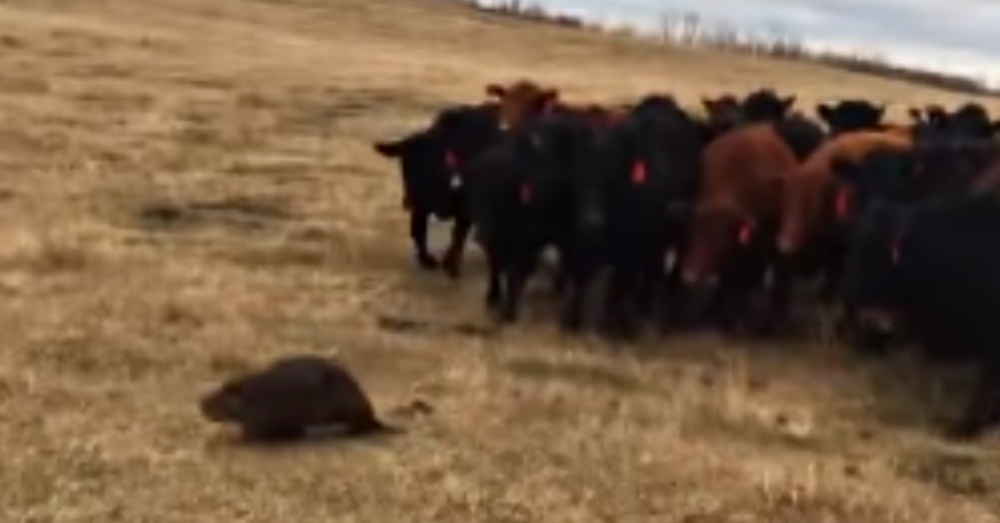 When the beaver moves, the cows follow closely behind. Then, when the tiny critter stops, they do the same. “These young heifers are kind of like a teenager,” Adrienne later explained. “They’re very curious creatures and they were just enthralled by this beaver.” 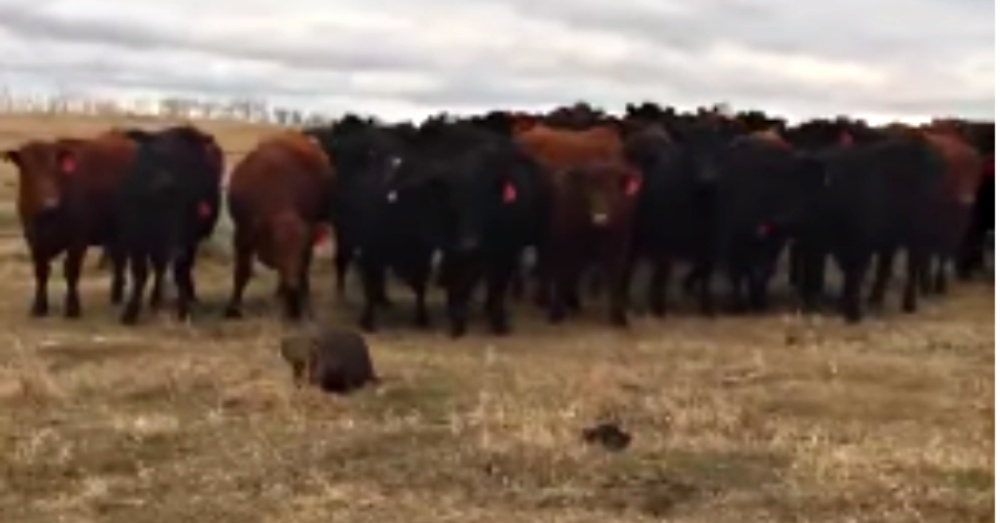 Unlike many who’ve stumbled upon viral fame, Adrienne knew beforehand that their herding beaver would be an internet sensation. “We talk about how awesome our Canadian beef is, but a beaver leading cattle around? It’s the most Canadian thing ever!” she added. 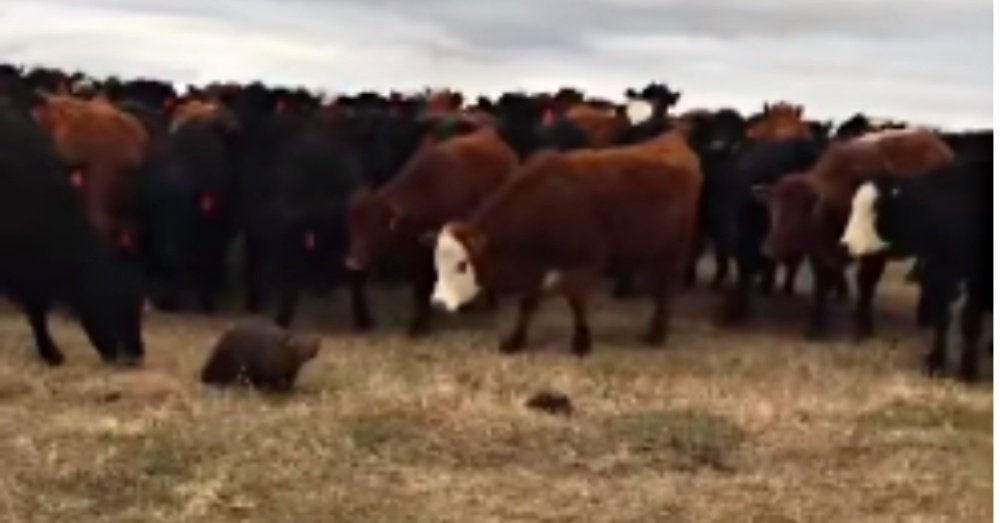 Since it first appeared on Facebook, Adrienne’s video has racked up millions of views. People can’t stop laughing at the accidental beaver leader, cracking jokes about what it will do with its cult following of cows.

Follow the leader? More like follow the beaver! All jokes aside, watching these curious animals marvel at the creature in front of them is the medicine we didn’t know we needed.

Watch as the herd of cows faithfully follow their new furry leader in the clip below, and share with anyone who needs a good laugh.