For some people, there’s nothing they wouldn’t do to rescue an animal in danger.

Ramon Garcia and Gaby Lera are members of the Small Animal Rescue Team (SMART) for LA Animal Services in Los Angeles, California. These two routinely brave the elements, drain pipes, trees, and other structures to save animals that have gotten themselves into a sticky situation, but a recent rescue had them literally quaking in their boots. 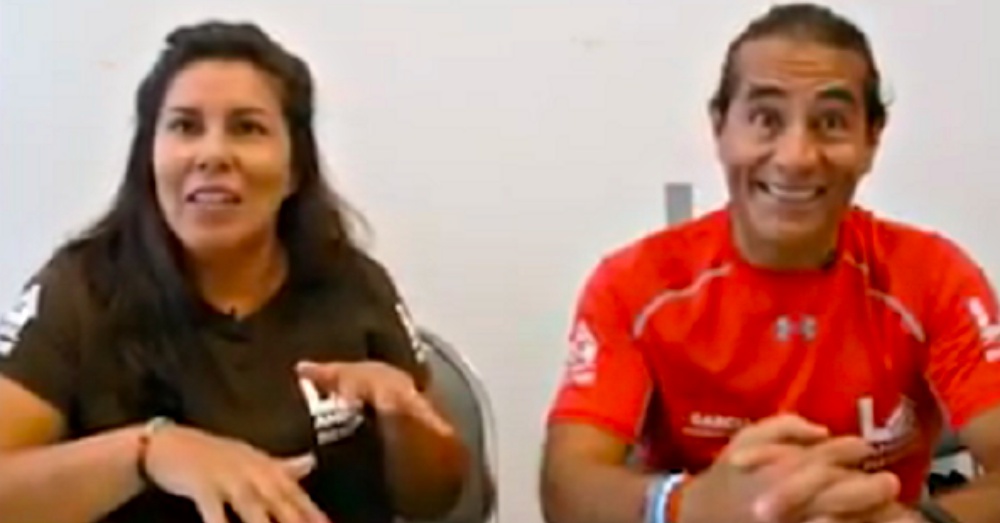 “A call came in from a worker at a City asphalt yard of a young skunk trapped in a gravel silo 70 feet up,” LA Animal Services explained on their Facebook page. “The worker stated that the baby skunk must have traveled on the conveyor belt to the top of the silo then fell in.”

The skunk had been trapped in the silo for two days with no food or water, so the SMART team instantly assembled in an effort to rescue the baby animal. Gaby and Ramon suited up in full climbing gear to attempt the dangerous rescue. 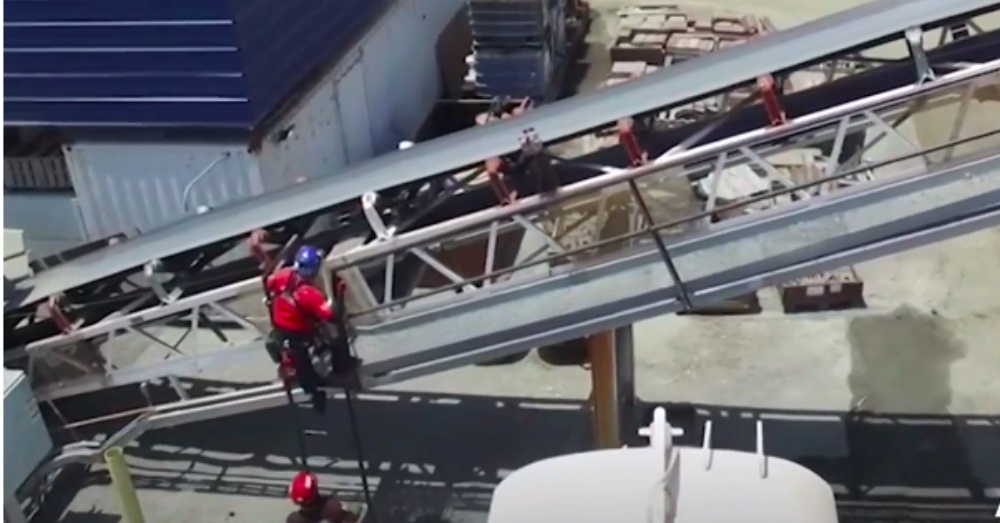 This rescue mission was far more dangerous than most considering the height of the silo and the conditions inside it. The gravel acts like quicksand, and Gaby and Ramon had to be extremely careful to stay on the top of the pile and not get sucked in. “As soon as I got in it felt like … my leg was going in and I was like, ‘Okay, this is weird,’” Gaby admitted.

Once they reached the top of the long, narrow ladder they were able to see the tiny skunk huddled in the corner, also unable to move without being trapped further by thousands of pounds of gravel. 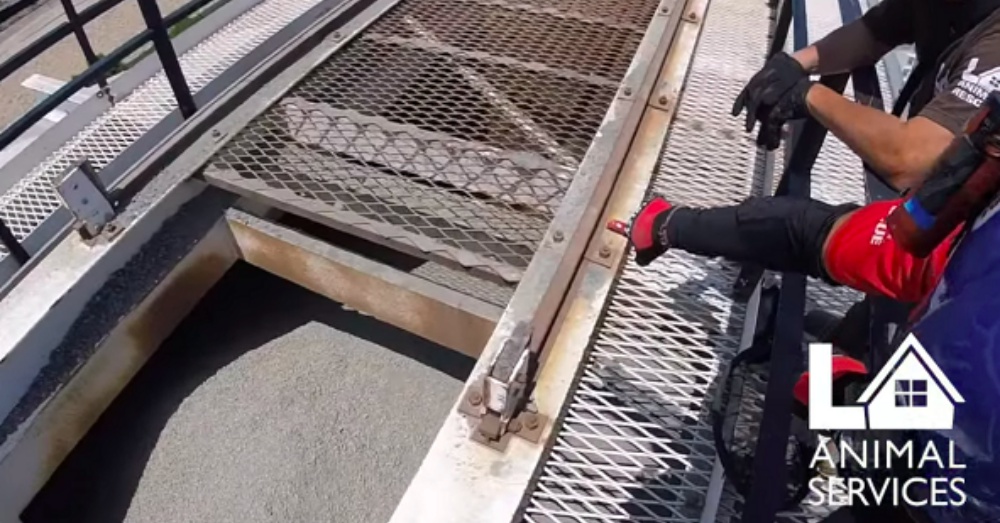 Moving slowly and approaching the animal from behind, Gaby was able to slip a bag over his head. 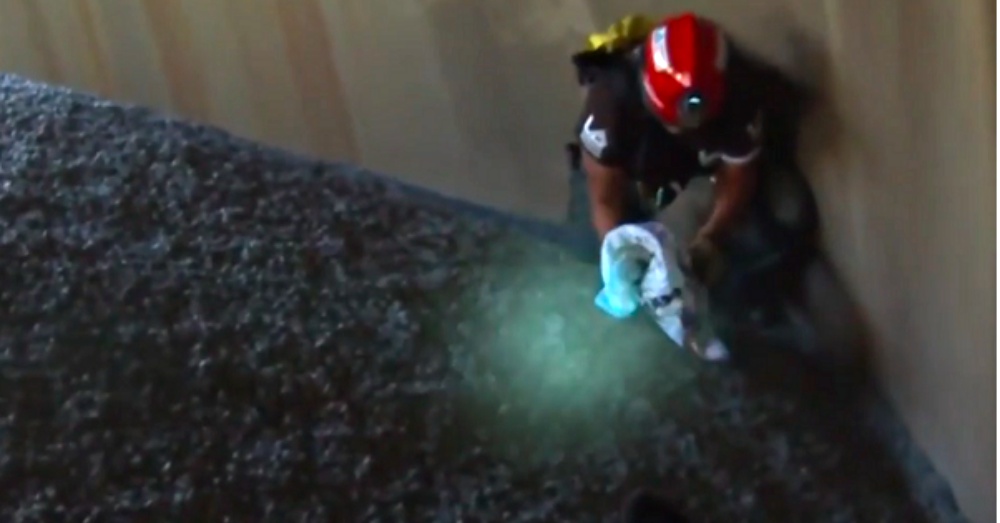 Once the skunk was “wrapped up like a little burrito,” Ramon extended his net and Gaby put the animal inside. They were then able to carefully retrace their steps and make their retreat down the ladder. 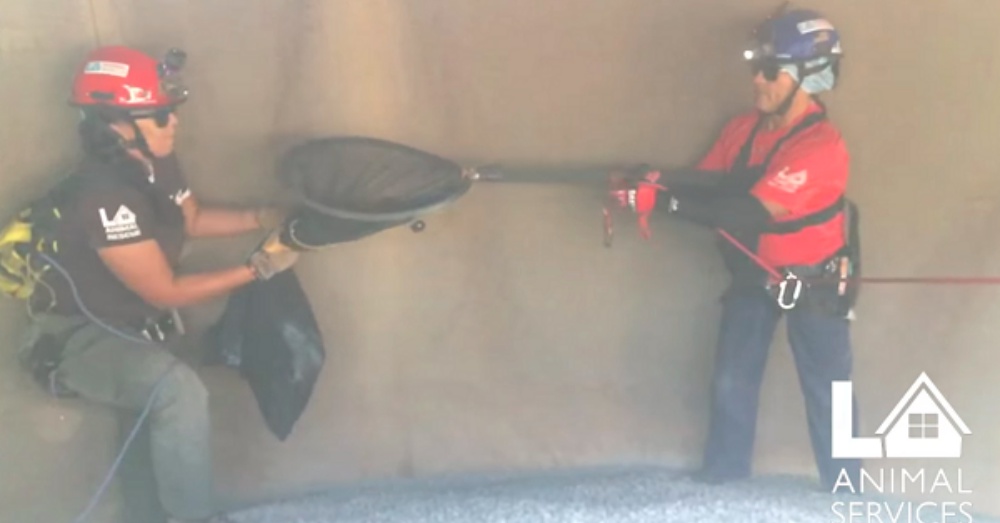 Within minutes of reaching the skunk, he was safely transported out of the silo. Once they were all safely on solid ground the skunk was whisked away to a veterinarian to be checked out. He’ll then go to an animal rehabber who will get him ready to return to the wild, where he belongs! 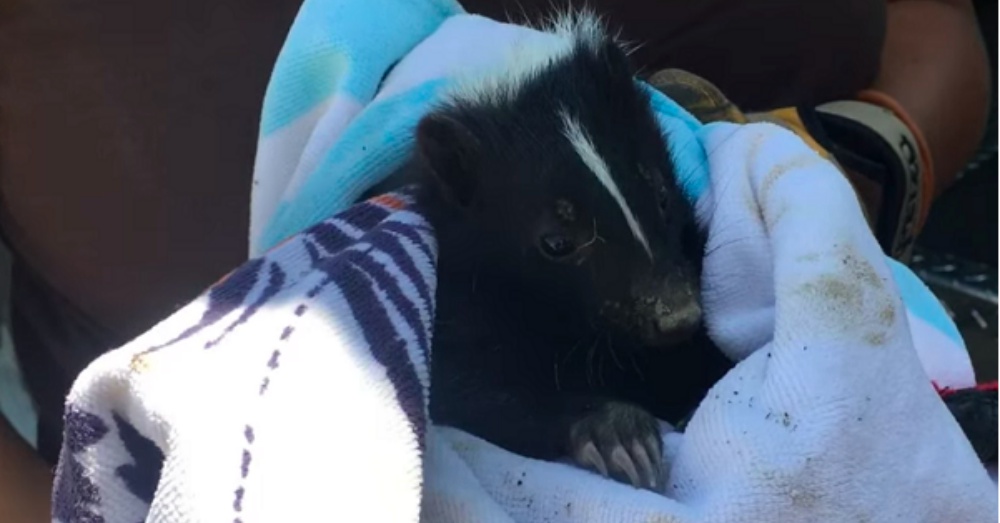 Thanks to brave animal rescuers like these this skunk was saved from a painful and terrifying fate. Just knowing that there are helpful humans out there who are willing to risk their lives to save a defenseless (and potentially stinky!) animal reminds us of just how much goodness there is in the world.

Watch the video below and be sure to share to thank Ramon and Gaby for their hard work.