No matter how long you’ve lived in “moose country,” spotting one of these massive animals in the wild is always awe-inspiring.

Steve and Lalaine Muise of Alberta, Canada, have no doubt seen moose before, but on a recent outing, the couple had an encounter that left them both reveling in the majesty of nature. Steve and Lalaine were driving home after a trip to Edmonton when they saw the beautiful and unusual sight. 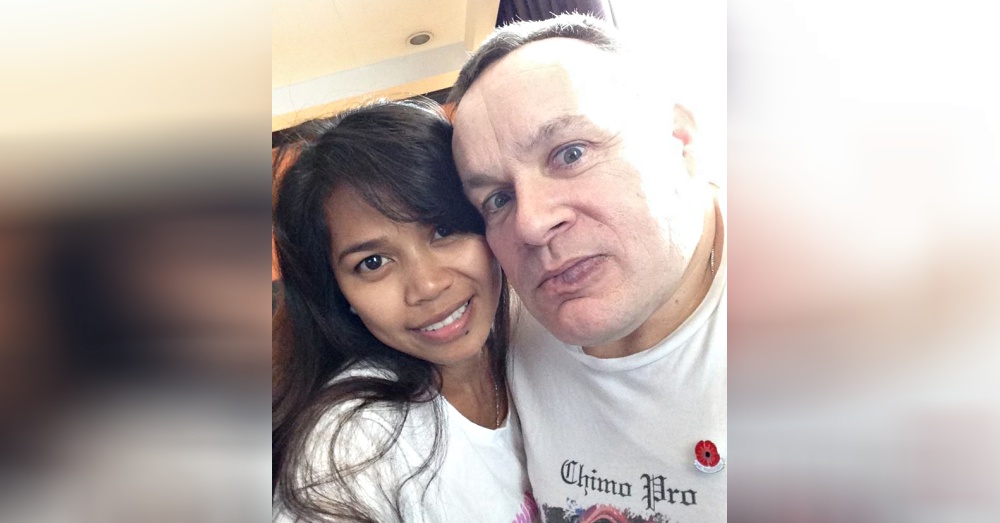 Steve is a driving instructor, so he knew just what to do when they saw a female (cow) moose and her tiny, wobbly-legged newborn calf on the side of the road. Stopping in the road and putting on his flashers, Steve and his wife watched breathlessly as the mama encouraged her new baby to follow her up the grassy embankment and onto the hard pavement of the road. 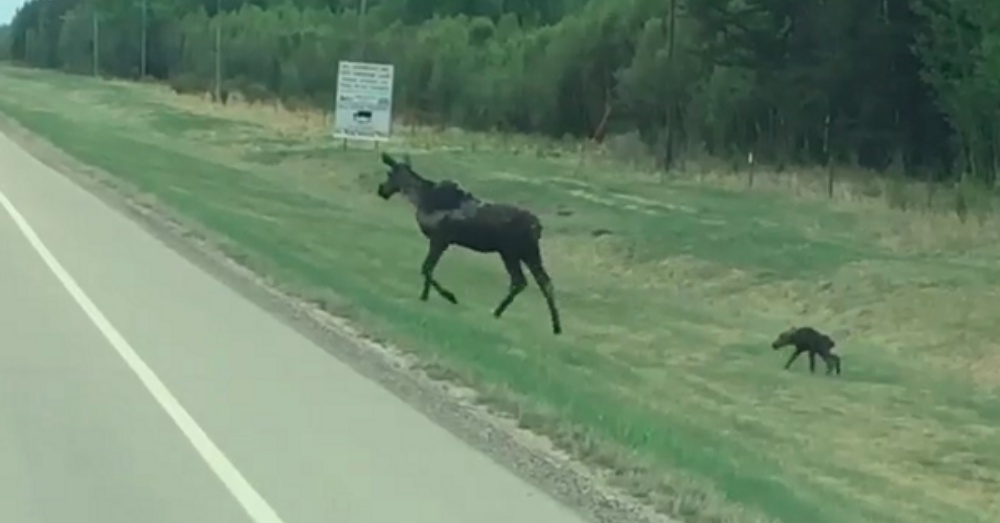 The couple began to film the moment in an effort to share it with the world. The calf was still wet from having been born just hours before, and you can see that he’s unsure of himself as he picks up his hooves in an exaggerated manner and places them tentatively down, learning how to walk right before our eyes!

“Not many have seen calves that young,” Steve said. “I think it was just born within hours.” 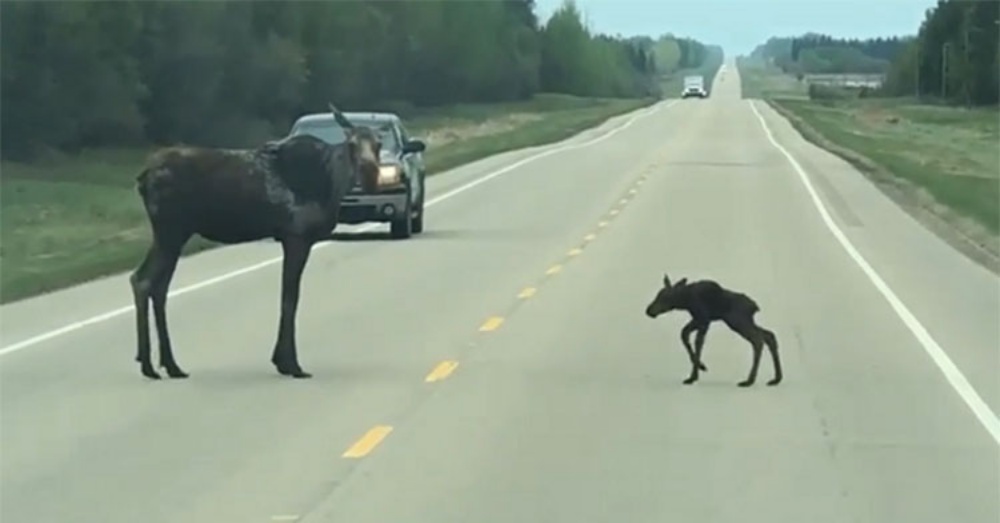 Moose are notoriously solitary creatures that prefer the quiet of the woodlands, yet this mama moose seemed to be perfectly aware of her surroundings. She even looks directly at Steve’s car to make sure that he won’t harm her baby as he slowly makes his way across the foreign surface.

Once the little family was safely on the grass traffic resumed, but Steve was thrilled to have recorded the moment both for his own enjoyment and as a teaching tool for his students. “I’m a driving instructor, and my students were amazed,” he said. “One of the most amazing things I’ve ever seen.” 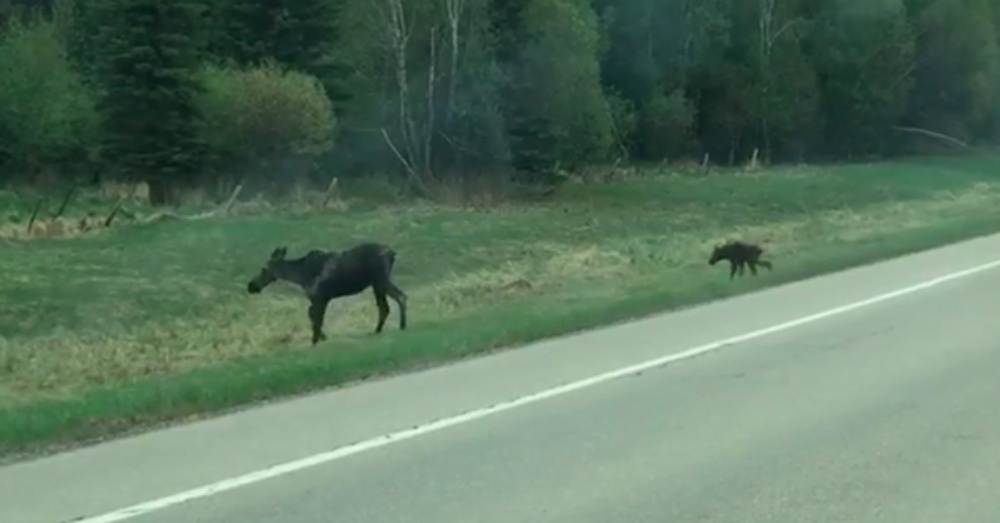 Isn’t it incredible that animals like moose are able to get up and walk just hours after birth? We are so privileged to live in a world where these animals roam freely. Hopefully, Steve’s video will remind all drivers to be vigilant about looking for animals like these while on the roads. After all, it’s their neighborhood, too!

Watch the sweet video of mama and her new baby crossing the road below, and don’t forget to share.

15 Of The Funniest And Most Accurate Cat Jokes That Vet Clinics Put Up On Their Signs: Click “Next” below!