Hamish Patterson, or as he refers to himself, “The Illusion,” is kind of a big deal on YouTube, but he’d trade all that fame to help his cat survive California’s wildfire flames.

During a short episode of Patterson’s vlog, filmed from a burned down patch of “Spaceship Earth” he calls Rainbow Mountain, viewers can see just how devastating California’s Woolsey Fire was to Patterson’s home and community.

Patterson showed off his beautiful view of the Malibu hills, surrounded by little but rubble left from his burned down house. 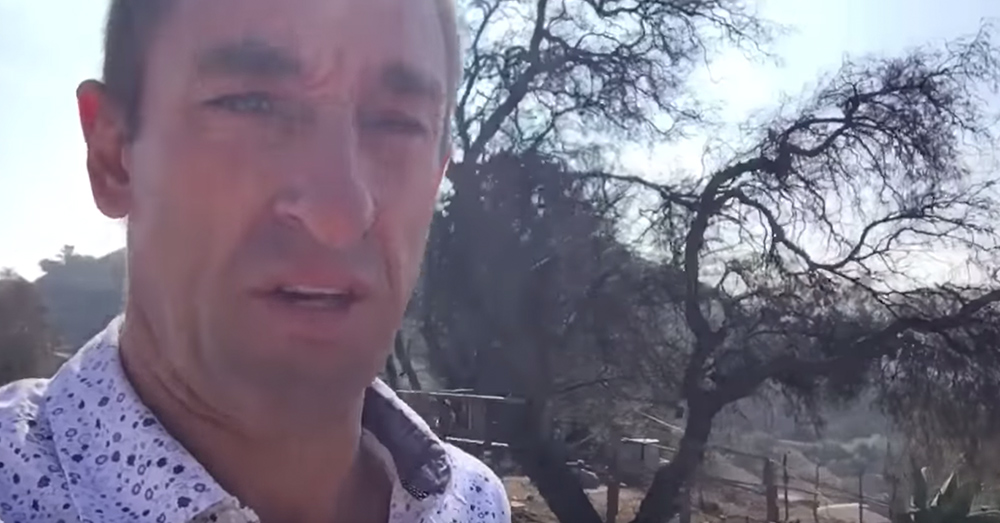 “The skillet made it,” Patterson said, picking up an ashy cast-iron skillet that survived the fire. “That’s the irony. I am going to cook some food in this thing.”

The silver lining to this story was undoubtedly the recovery of Patterson’s cat. He holds him up to the camera, though he can’t hold back tears. 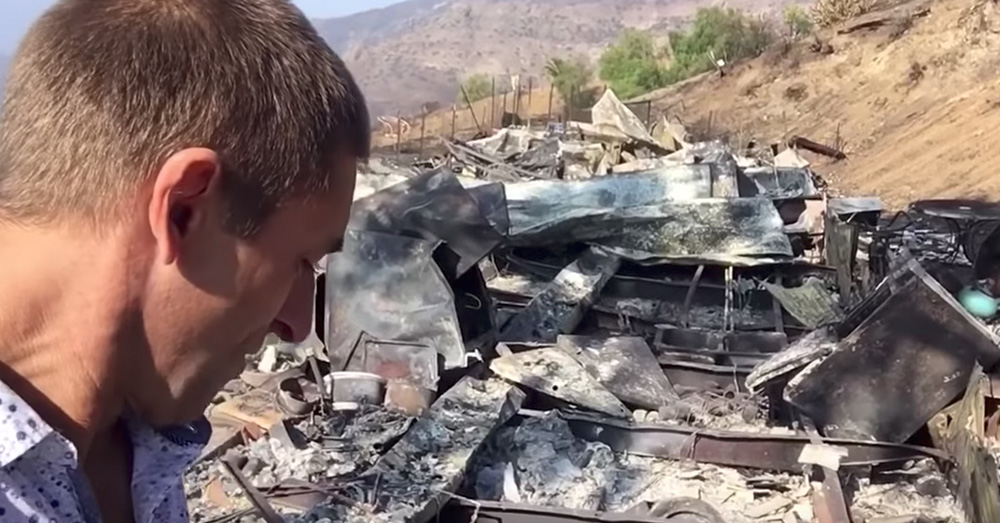 “We found the cat,” Patterson coughs. “My kitty made it. My kitty survived this.”

Patterson’s cat, named Mike, somehow survived the wildfire, which claimed the lives of dozens of animals, as well as humans. Relieved to have his family back together, Patterson and his children have spent most every second since lavishing Mike with loving pets.

“How happy are you he’s home?” Patterson asks his son. “I don’t know how he survived the fire. That amazes me. And, the fact that he survived up there for 9 days.” 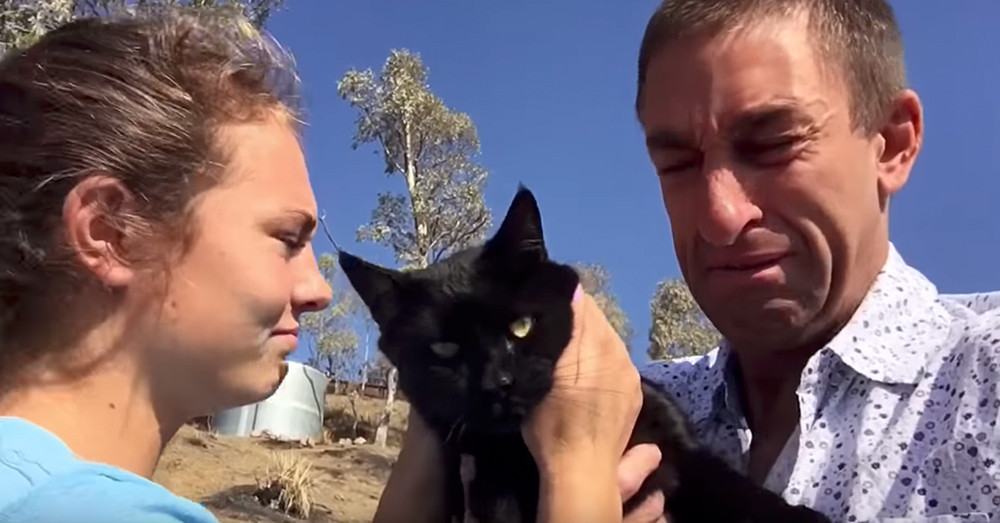 Source: YouTube/hamishpatterson high frequency tribe
A silver lining to this cloud, Patterson found his cat Mike, who survived in the wild for 9 days.

Friends of Patterson’s brought food and water to Mike while most of the residents had evacuated the area. It’s likely Mike would not have made it were it not for such caring individuals.

Patterson and his family cannot thank them enough.

“God does answer prayers, and this is what I prayed for this morning,” Patterson says. “I had been up there shaking the little cat shaker for about 15 minutes. I had kind of given up hope…and who shows up, but Mike.” 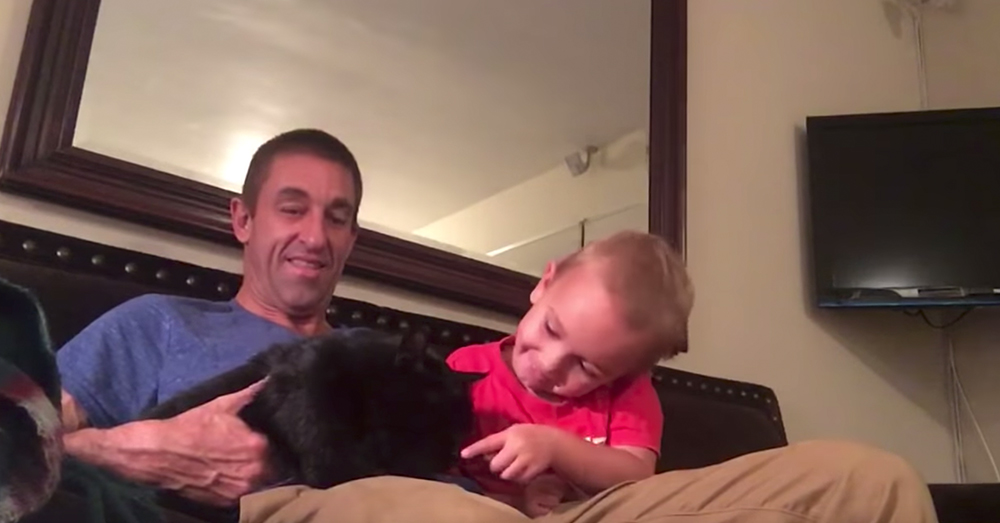 Source: YouTube/hamishpatterson high frequency tribe
The Patterson family is happy to be together once again!

See the emotional reunion in the video below!