A new fur parent just had one of the most harrowing and unforgettable experiences involving a newly adopted Labradoodle.

While taking the rescue Labradoodle, named Lucy, on a walk, the dog’s ownder lost control of the pup, who was still feeling nervous about her new surroundings and suddenly ran away from her human owner. She was not able to go very far, but Lucy found herself in a perilous situation after jumping into the icy waters of the Detroit River. 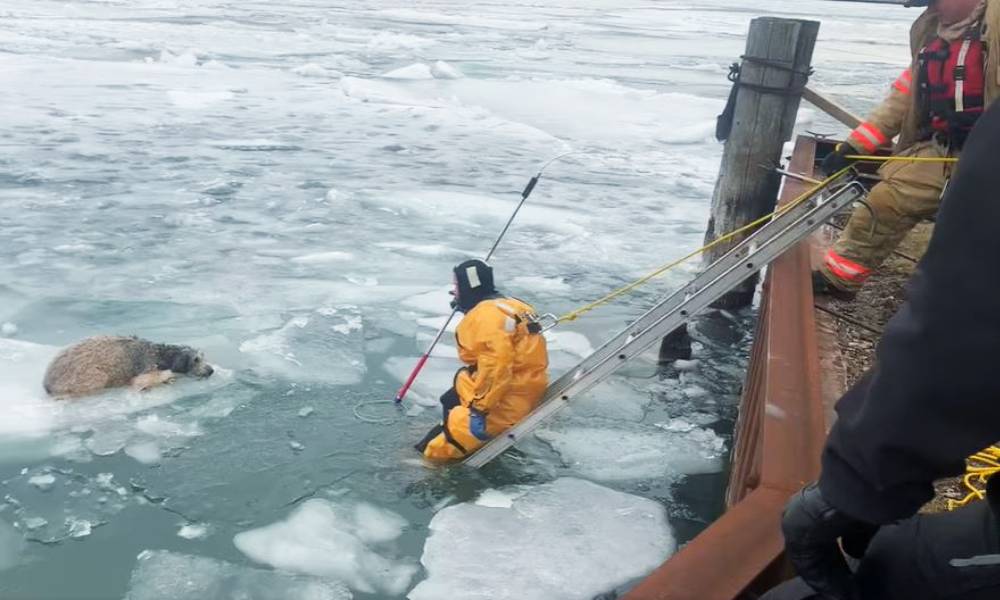 Lucy managed to climb up on an ice floe, but the exhausted dog was in danger of freezing.

Wyandotte police officers were quick to arrive at the site upon receiving the emergency call. But it was not an easy situation, with the dog drifting away on a piece of ice sheet. Their options were getting into the cold river to rescue the dog or calling the coast guard for assistance. 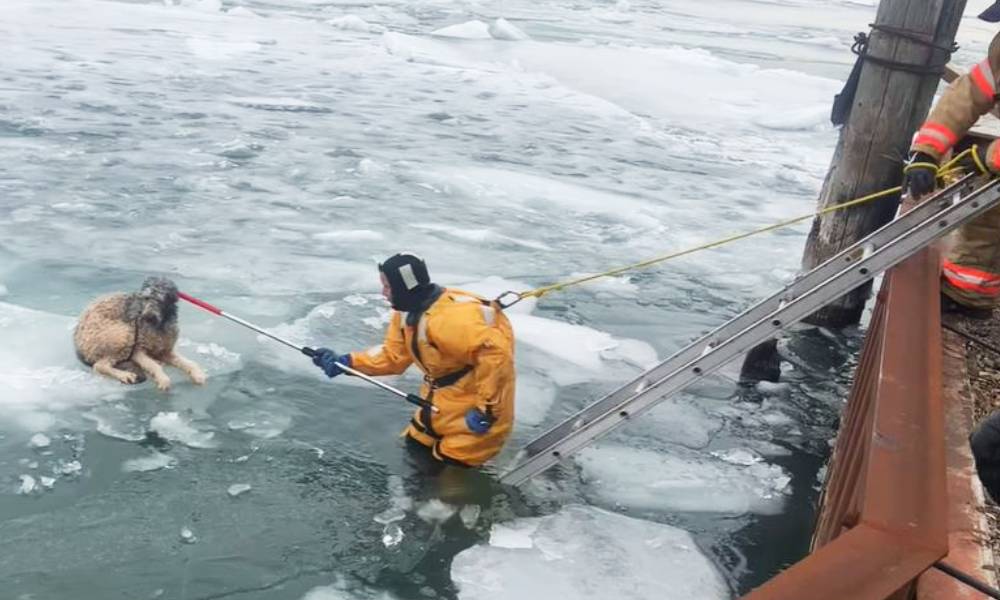 Animal control officers and firefighters also arrived, and it was the firefighters who took over the situation. Using a ladder that they secured at a nearby dock, one of the firefighters descended into the icy river. Then, with a catchpole, he reached out to Lucy and was able to secure the rope around the Labradoodle’s neck.

He then gently pulled on the fearful dog, who fell into the waters for a few seconds, but the firefighter grabbed her fast and carried Lucy in his arms to safety. 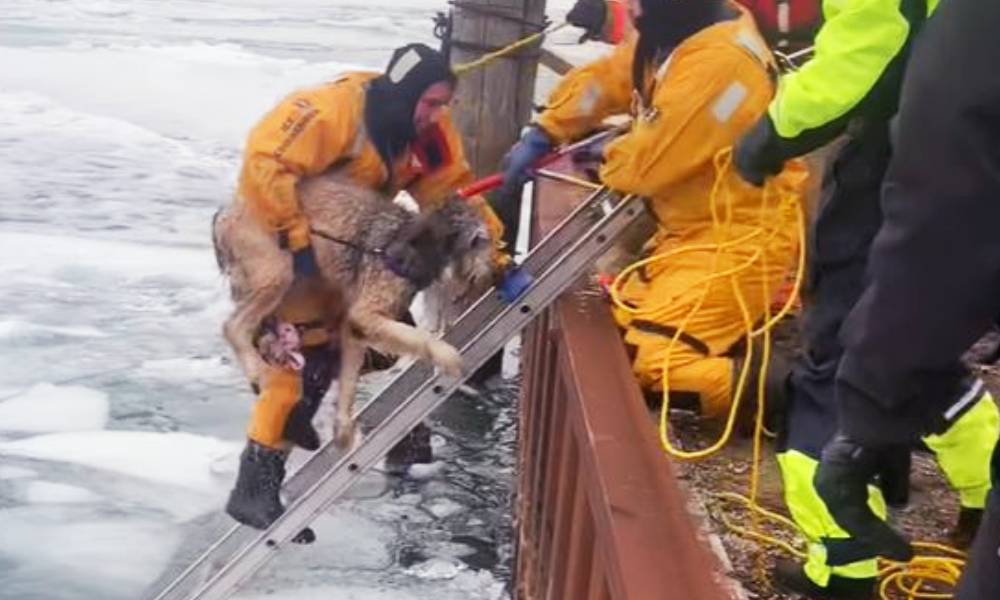 “It had such a happy outcome,” related Wyandotte Assistant Fire Chief Tom Lyon. “She just had those big brown eyes, and she couldn’t talk, but she probably was just so grateful.”

The Wyandotte police department was proud to post on their Facebook page yet another heroic rescue of an animal in need of love and help.