They Left Their Husky Home Alone For 3 Hours…But They Never Expected To Come Back To THIS!

A couple decided to go out to the movies one night, leaving their Siberian Husky home alone for the time being. Unfortunately for them, three hours was just enough time for their pup to get into mischief. When they got home, they arrived to a house FILLED with ink paw prints! Their dog had gotten into their supply of calligraphy ink, and proceeded to walk ALL OVER the entire house, leaving ink prints EVERYWHERE! 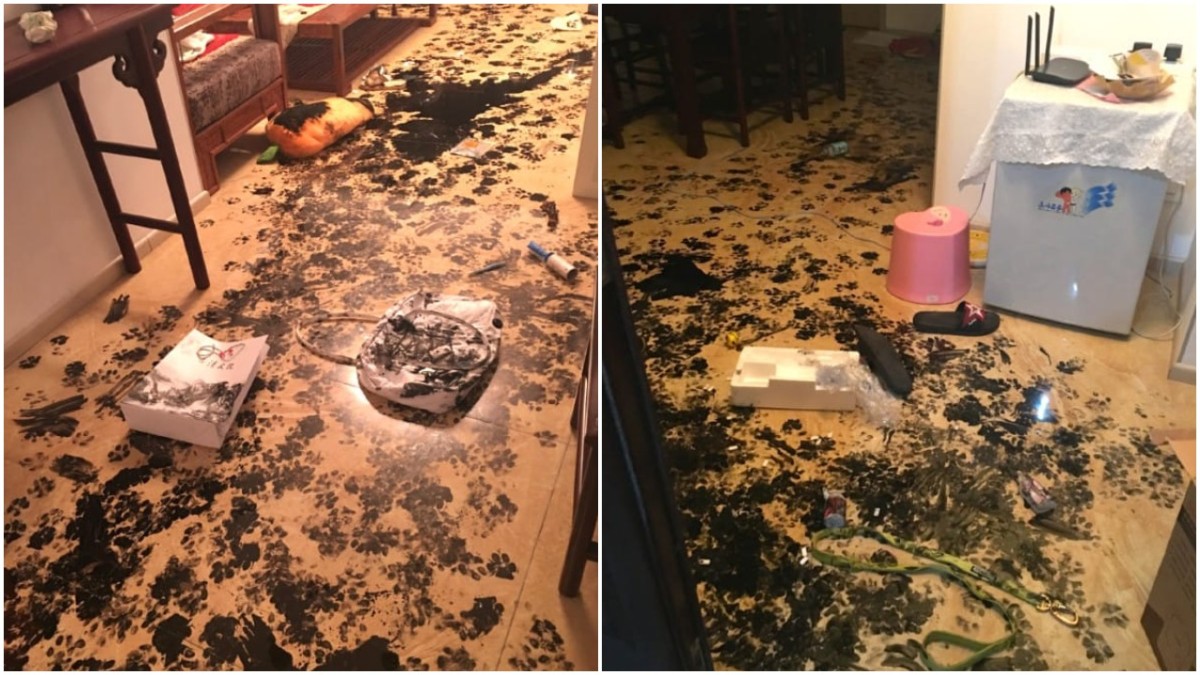 And by everywhere, I mean several rooms including the entryway, the living room and the dining room. At least he got his practice of calligraphy writing in. I think this pup has a future in painting, what do you think? I could definitely see his artwork being showcased at museums, LOL. But how could you even get mad at that face? He’s such a cutie! 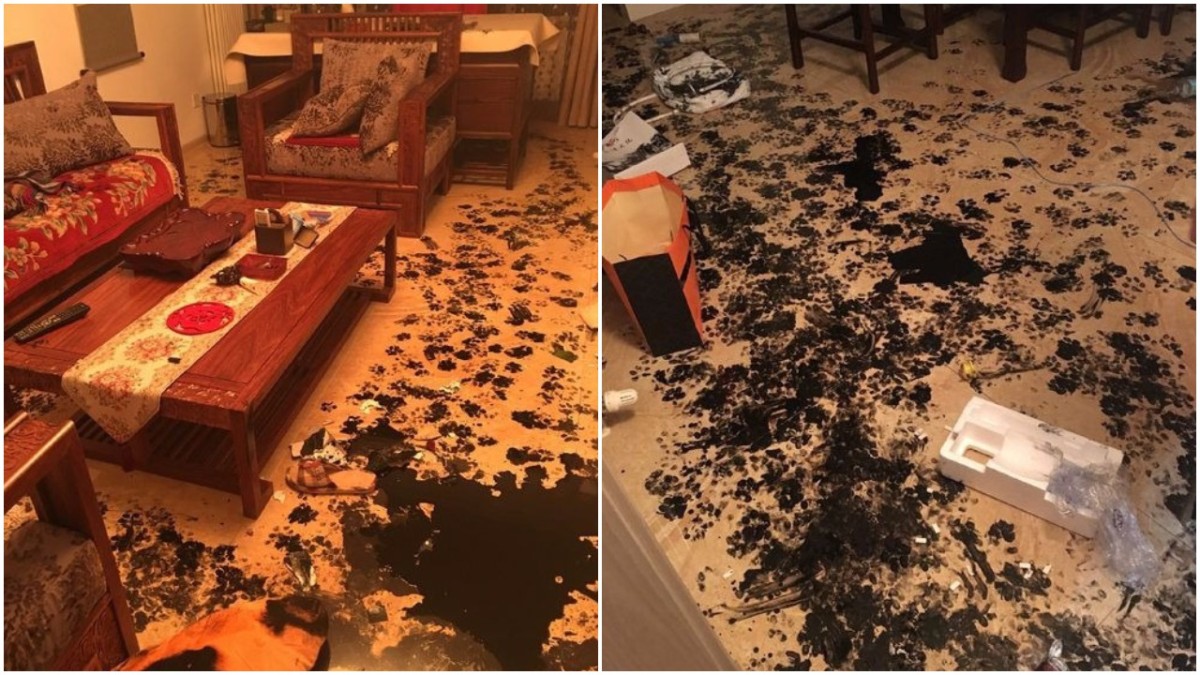 The best part is, he did leave a mark in the bedroom as well. Literally, a mark. He left a single perfect paw print on their bed. He probably was about to jump up and then remembered that he shouldn’t be on the bed. Every great artists puts their signature or trademark on their artwork; I guess this single paw print on the bed is this Husky’s! 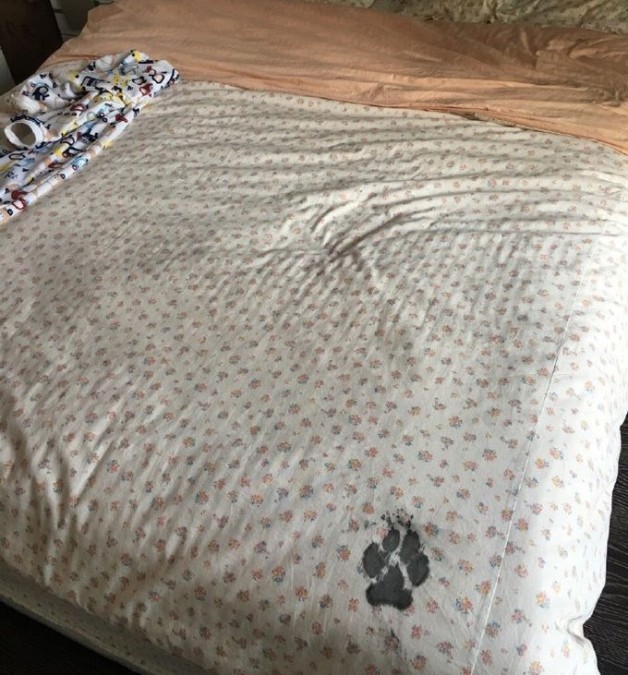 They wanted to note that the ink is non-toxic to humans and dogs, and luckily was easily cleaned off most surfaces. 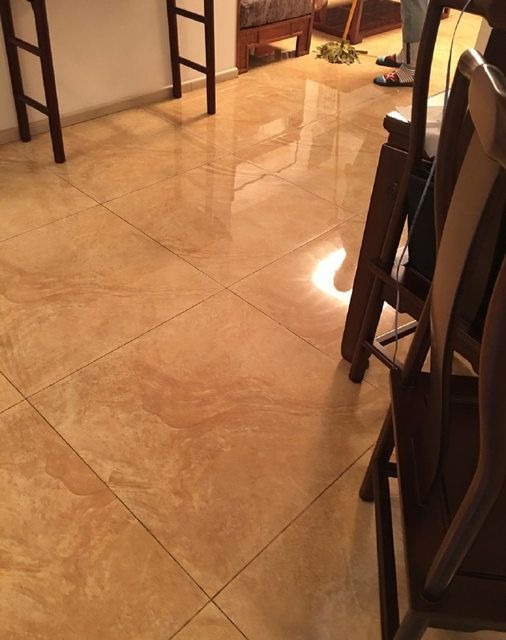