When a litter of 2-week old kittens wound up at a California shelter, their mother wasn’t anywhere in sight. “They were brought into the shelter late,” one of the workers, Thoa Bui, told Love Meow. “Most rescues were full and bottle babies require extra work.”

Thoa decided to bring the kittens home, because they required round-the-clock bottle feeding. “They were a little crusty and dirty, but doing fine otherwise,” she recalled. But the animal lover really wanted to introduce the kittens to Lilo, the husky who loved helping her nurture tiny kittens into confident, social cats. 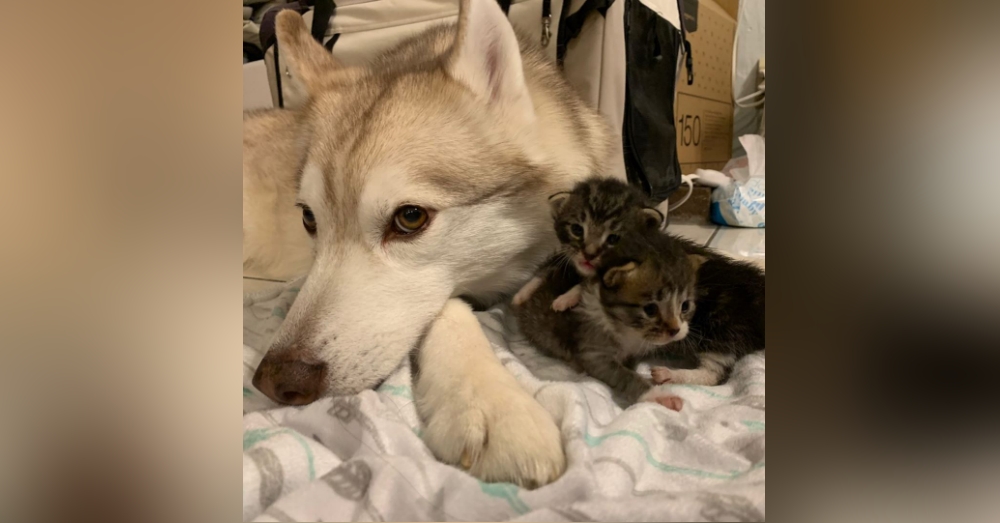 When Lilo heard the kittens crying, she immediately rushed to comfort the tiny arrivals, who were clearly scared, lonely, and frightened after their traumatic ordeal. The kittens were instantly soothed by the dog’s calm, comforting presence — and assumed that this sweet, gentle creature must therefore be their mother.

“When the kittens met Lilo, they automatically ran towards her, thinking she was their mom,” Thoa recalled. One of the kittens was so relieved she started crawling all over Lilo’s warm body. Others nuzzled up against her soft fur. Thoa decided to name the kittens Audi, Tesla, Ferrari, and Bentley. 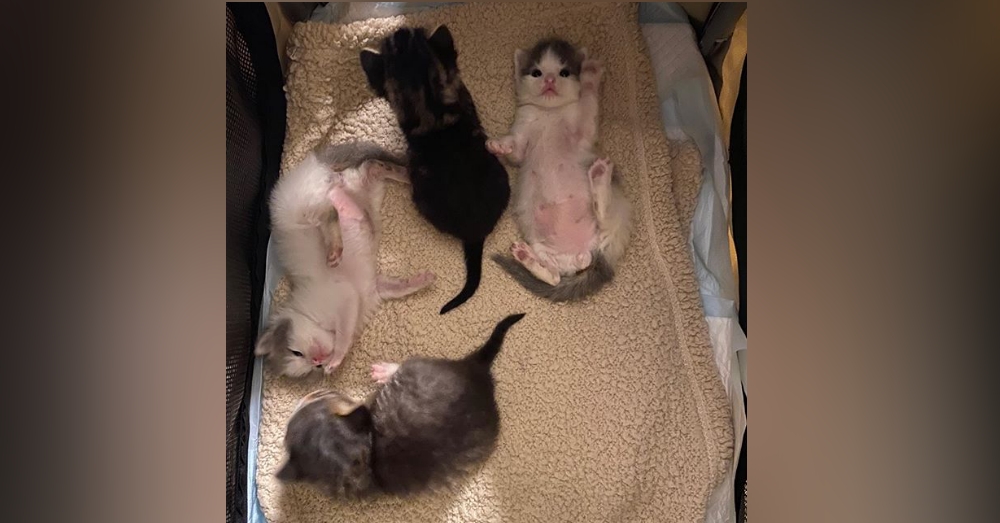 Lilo, meanwhile, clearly relished her role as the kittens’ new mother. Whenever a kitten was upset or crying, Lilo would come running. She carefully supervised mealtimes and, after everybody was fed, carefully groomed each kitten from head to toe. The attentive dog was endlessly patient, gentle, and could always be counted upon for cuddles.

Within a few weeks, Audi, Tesla, Ferrari, and Bentley were learning to walk, play, and growing into healthy, social, and confident kittens. But no matter how big they got, the grateful kittens continued to view Lilo as a mother figure because, like all good mothers, she offered them unconditional love at all times. 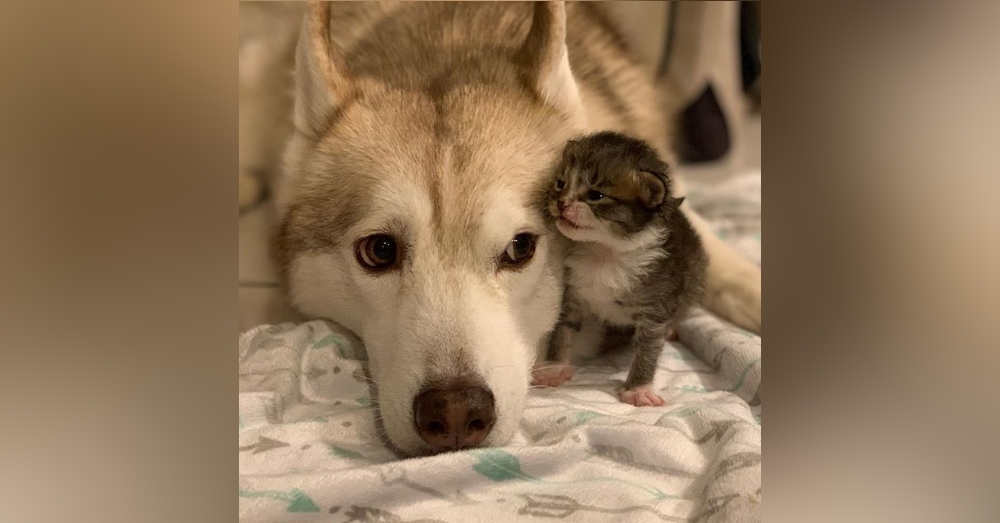 “They kind of travel in a group, and Ferrari is usually leading,” said Thoa of this tight-knit family unit. Even as they grow, the kittens (especially Audi) remain especially close to the gentle husky. According to Thoa, that’s because “she is the closest thing they have to a mom for sure.”

Check out this adorable family in the video below!