Spiders aren’t considered the world’s most cuddliest creatures, but if you live in Australia, you’ll soon learn to live with them.

Reddit user Pomohomo82 has been living down under for years, and though it may still be difficult to share the same space with an imposing arachnid, he does his best. Spiders do the world a great service by eating otherwise pesky bugs, like cockroaches and crickets. They’re fascinating creatures, and a favorite subject of more than just a few intrepid scientists.

It’s one thing to like spiders in theory, but that all flies out the window when a giant Huntsman lands near you from out of nowhere. 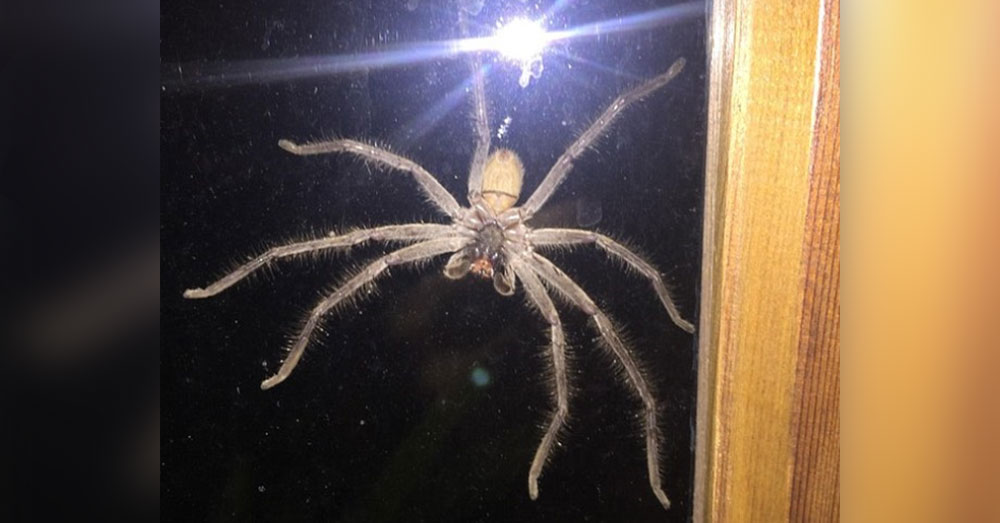 “This big guy just jumped on my lounge window,” the Redditor said. “He’s so large he made a ‘thump’ noise when he landed and scared the hell out of me and the cat.”

“I know Huntsman are supposed to be our friends but this guy is pushing the acceptable boundaries a bit.”

To most everyone outside of the Aussie’s house, this spider may seem huge, but it’s not even a mature adult yet.

“His body is about the size of the palm of my hand, so still room to grow,” Pomohomo82 explained. 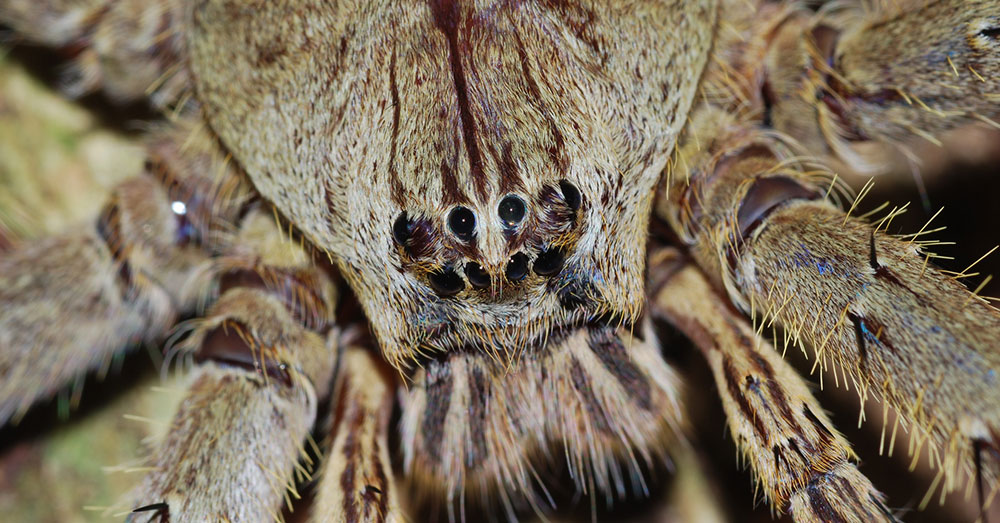 So, what does one do when a large spider lands on your widow and won’t leave? He did what came naturally, and named it “Geoffrey.”

“I’m not planning to get rid of it,” the Redditor commented. “We’ve got a yard with some trees and he can live out there happily eating all the other bugs.”

Others on Reddit chimed in with their own spider stories, exclamations of horror, and hesitance to ever move to the area.

“Never mind the spiders, you should see the traffic!” He replied. 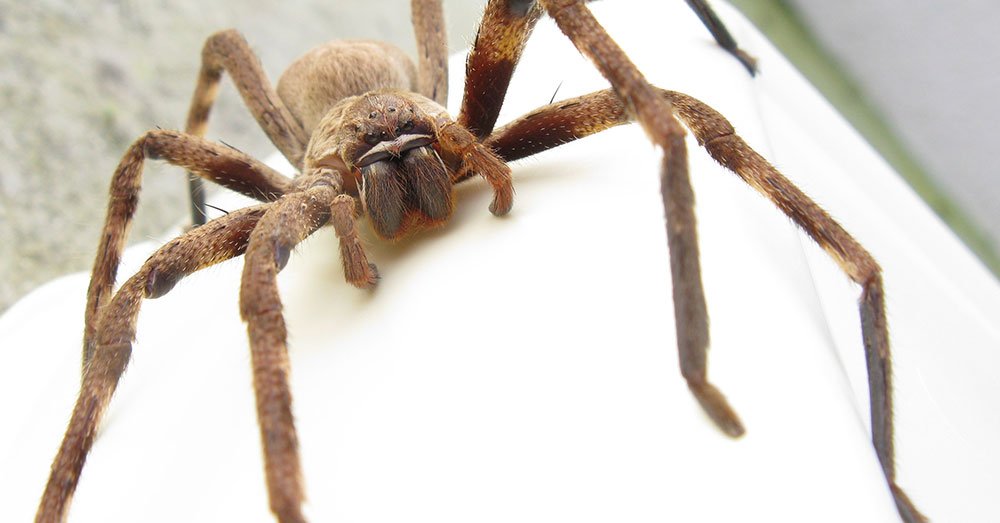 Source: Wikimedia Commons
A visit from a Huntsman isn’t necessarily a bad thing.

Huntsman spiders don’t pose a serious threat to humans. In most cases, the shock of seeing them is greater than any potential bite.

Still, that’s doesn’t make them any less intimidating, even when under-sized like this one. 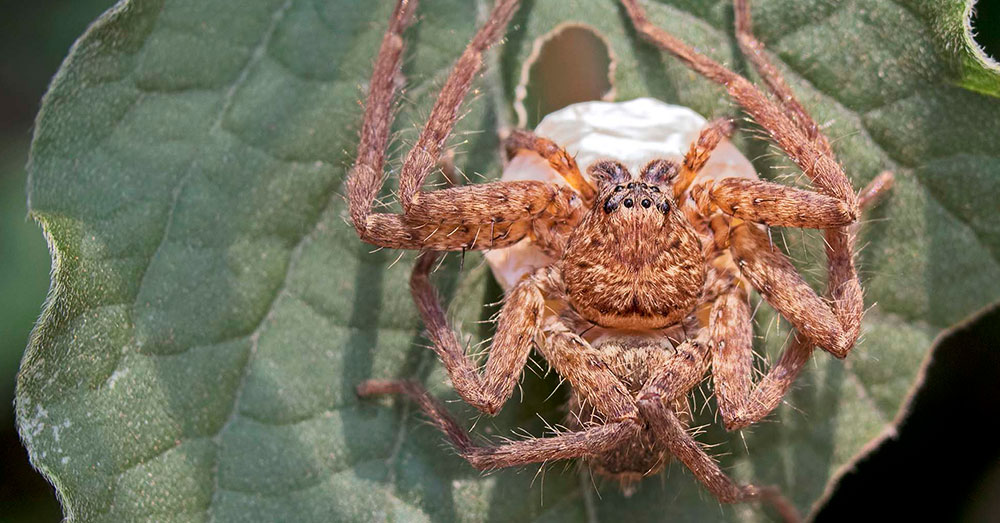 Source: Wikimedia Commons
Are you afraid of the Huntsman?

Redditor lonelygirrl23 offered this bit of advice to those living near Huntsman territory, “I have a bunch of these big fellas that live outside my window. I don’t open my blinds anymore before I go to sleep. Safe to say I stopped getting bugs though !”

See how other humans handle the Huntsman in the video below!