Along the Pacific coast of Canada, an elusive sea wolf lived alone for eight years on a small string of islands. His life of solitude intrigued many people and he quickly became a legend. Sadly, the iconic wolf was shot and killed last week by a hunter.

Wolves typically live in packs and hunt deer, but a rare species known as sea wolves survive solely on fish, seals, and anything the tide brings in. The unique lone wolf would swim for miles in between islands and lived peacefully in the isolated wilderness, which is in the territory of the Songhees First Nations people. 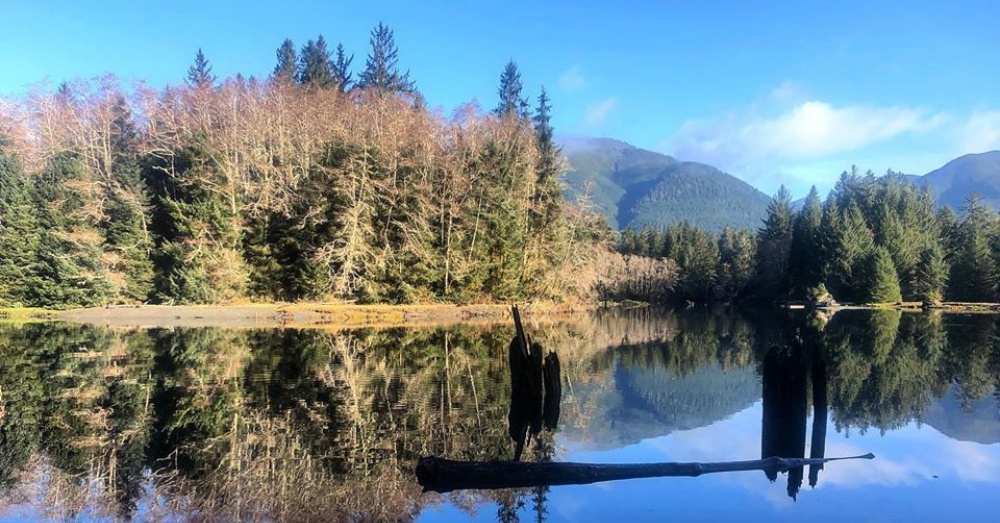 The Songhees people named the lone wolf, Takaya, which means wolf. For eight years, Takaya lived on Discovery Island, but his lonesome howl could be heard by people in the city on still nights.

The wolf captured the attention and heart of wildlife photographer Cheryl Alexander. For six years, she followed the great predator taking photographs and discovering how human-like the lone wolf was. “There was something very captivating about him,” she told The Guardian. “For whatever reason, I felt a really intense connection. I just wanted to learn about his life.” 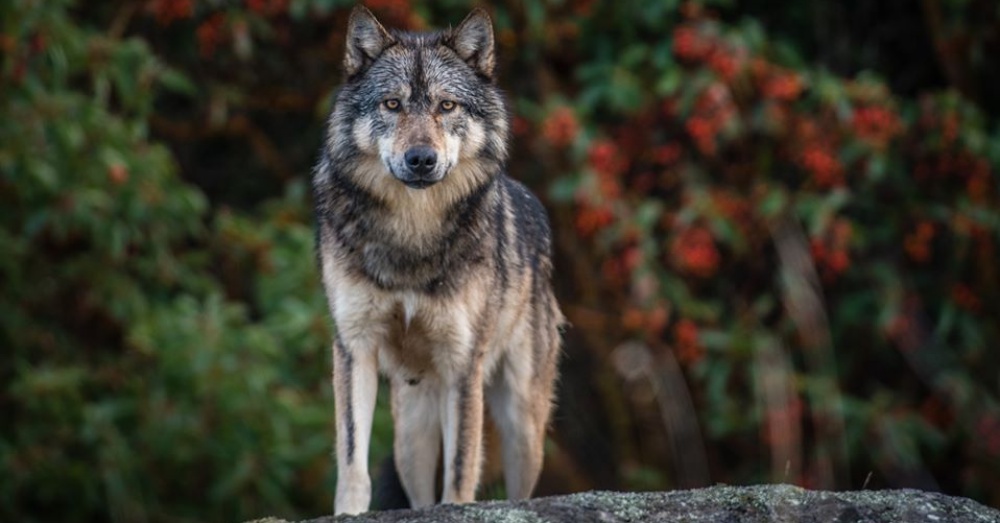 At first, Takaya was very elusive and “ghostlike”. Eventually, he realized that Alexander was not there to harm him and started to appear more often. After spending so much time with Takaya, Alexander wondered if the wolf ever longed for a mate. At night he would howl, which is not common for lone wolves because it gives away their location. 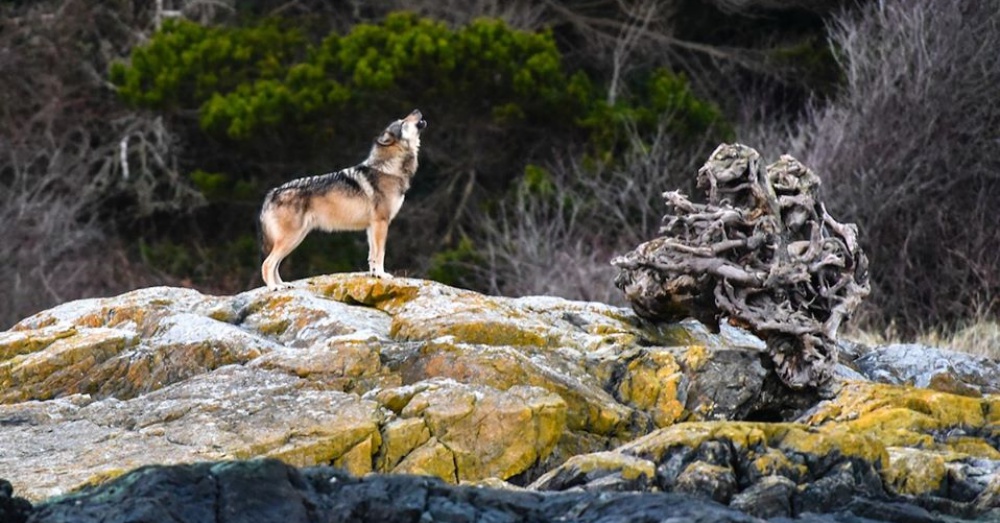 Last February, a lone female was spotted on the mainland and everyone who knew Takaya’s story couldn’t help but hope she was coming to be with the legendary lone wolf. “There was something about his aloneness…his alienation from his own kind…that spoke to people’s own feelings of alienation and aloneness in the world,” said Alexander. “Plus, we’re all hopeless romantics.”

However, it appeared that the female did not swim across and Takaya remained alone. 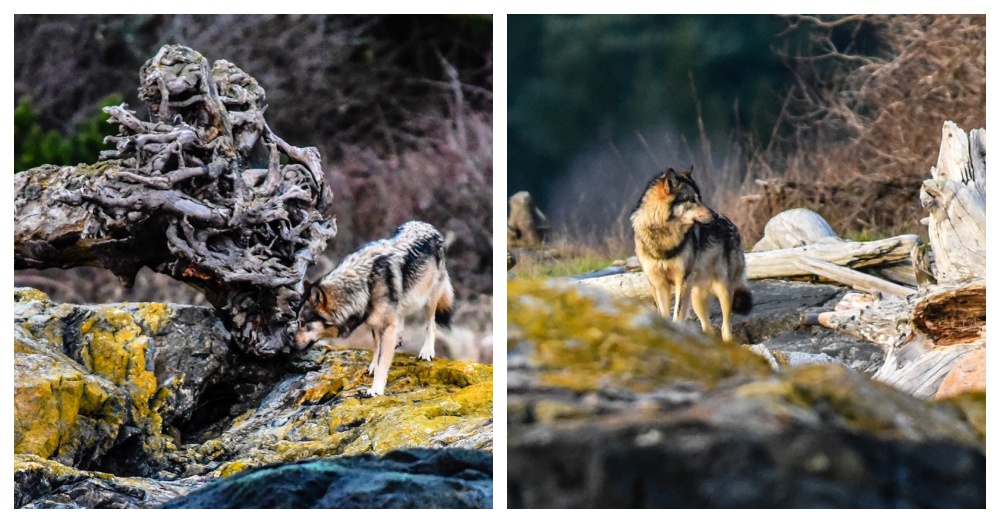 At the end of January, Takaya, now a 10-year-old wolf, entered the water and swam to the town of Victoria. No one knows why he decided to leave the peaceful islands, but wildlife experts guessed that he was looking for a mate or for food. Alexander on the other hand did not believe he meant to leave his home, but underestimated the strong current.

Sadly, he would never return to his isolated home. 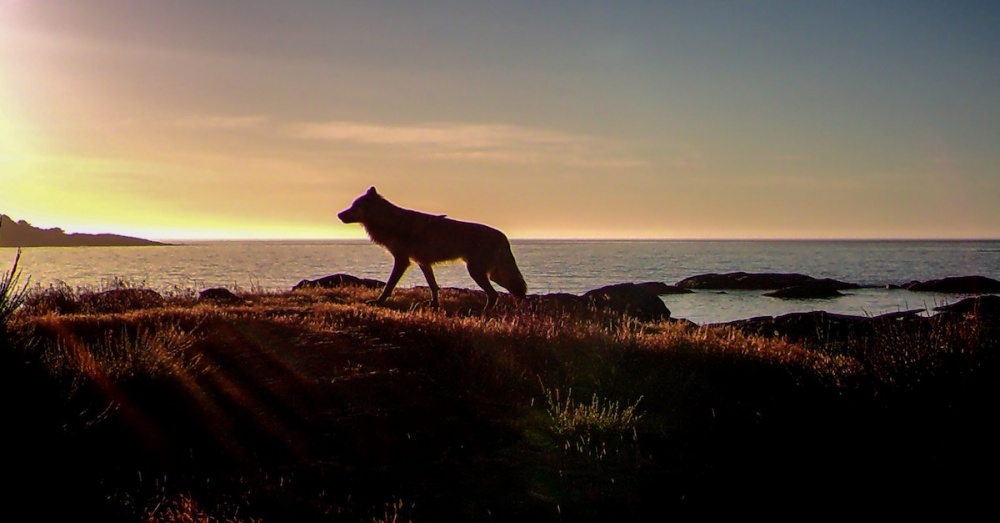 Takaya arrived on the shores of Victoria and was greeted by sidewalks, parks, and homes. He started to wander through backyards and people started to call the police. Conversation officers spent two days chasing the wolf around the city, but eventually tranquilized him.

Instead of returning the iconic wolf to his home on the islands, they decided to bring him 100 miles away to Vancouver Island – where he was shot and killed by a hunter last Tuesday. 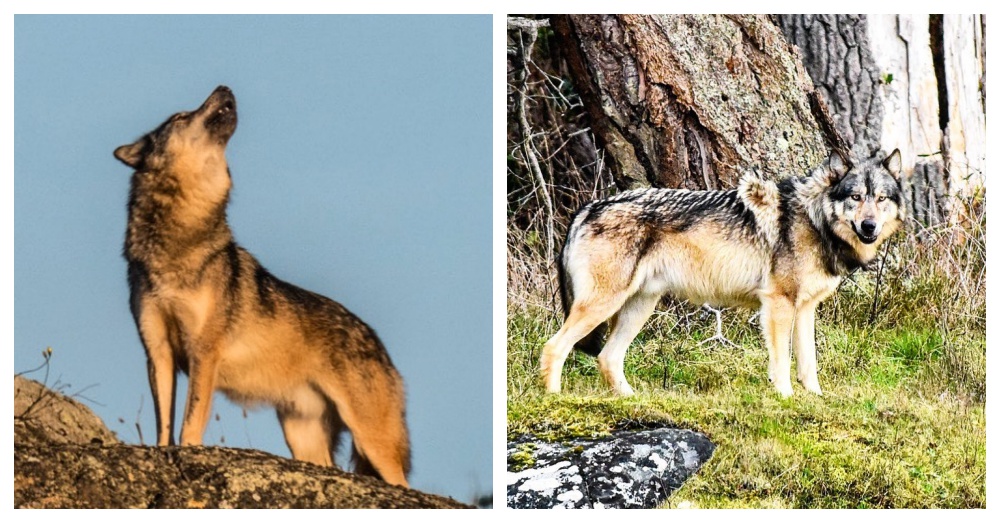 Alexander told the Times after hearing about his tragic death, “It’s a combination of intense rage and also just intense sorrow. It is a huge loss.”

In tribute to the legend, people from around the world performed a collective howl this past Sunday.

On a Facebook page dedicated to telling Takaya’s story, it said, “Our howls echoed across hundreds of communities and wild spaces, in over 25 countries around the world. A movement for change has begun!”

Alexander and thousands of other people are pushing for an end to senseless hunting and trophy hunting of wolves. “We can, and must, channel this energy towards confronting the government sanctioned practice of allowing legal hunting and trapping of wolves, and includes a government-based cull using inhumane and unethical techniques like snares, ‘Judas wolves’ and gunning from helicopters. We must say a loud NO to a government that allows recreational hunters to legally kill wolves … the situation that resulted in Takaya’s murder,” posted Alexander.

Takaya was called the “people’s wolf” by a follower because he inspired and encouraged so many to find strength and peace within themselves. He will never be forgotten.

The lone wolf touched so many lives and inspired Jon Middleton to write “The Ballad of Takaya”. Listen to the touching song below.