Navy Divers Spotted A Humpback Whale Tangled In Rope, Barely Breathing. What They Do To Help, Wow!

Passengers on a motorboat off the coast of Chile near the islands of the Magallanes region, spotted a humpback whale tangled in fishing gear and in seemingly bad condition, desperately trying to escape. 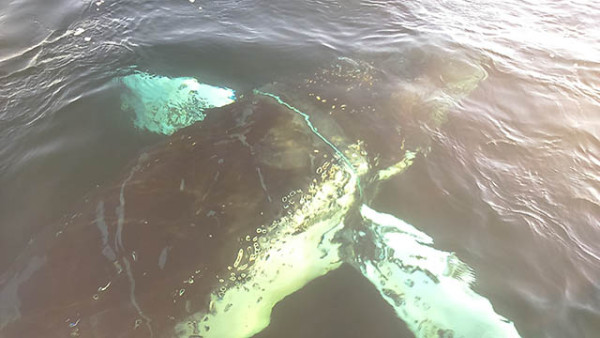 A nearby navy ship arrived at the scene to help and noticed that the whale was hardly breathing, and “practically immobilized.” It’s not known how long the fishing gear had been wrapped around the whale for, but due to his poor condition, he was probably caught in it for quite some time. 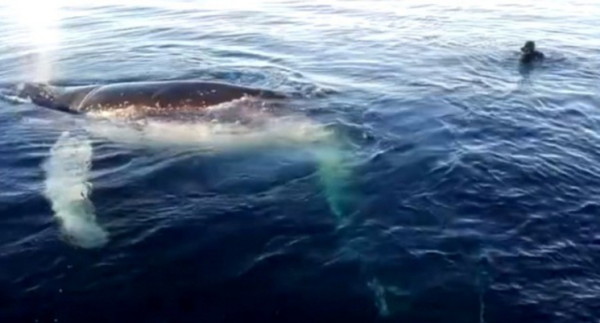 Two divers swam toward the 40-ton whale as it sprayed water from its blowhole. Thankfully, the sailors were able to break the ropes, and helped the poor whale escape! If the divers weren’t there to help untangle the whale, he probably wouldn’t have made it. Thank goodness he is now FREE! Watch part of the rescue in the video below: