Adorable Dog With ‘Human Face’ Is Freaking Out The Internet

Nori is an adorable little Aussiepoo mix who lives in Seattle with his owners – 33-year-old Kevin Hurless and 34-year-old Tiffany Ngo. Hurless and Ngo admit that they are living with a very unique little dog since they’ve commented that strangers in public often stop to point out Nori’s unique little face.

After Hurless tweeted a picture of Nori, the pooch has been enjoying some viral fame as well as the flood of “likes” his picture received. He’s a cutie, even though his face is eerily human-like.

Hurless said, “When he was a puppy, we couldn’t go more than a block without someone stopping us to ask questions about him. It has become less frequent as he’s gotten older, but we still often hear about how human his face and eyes look.” 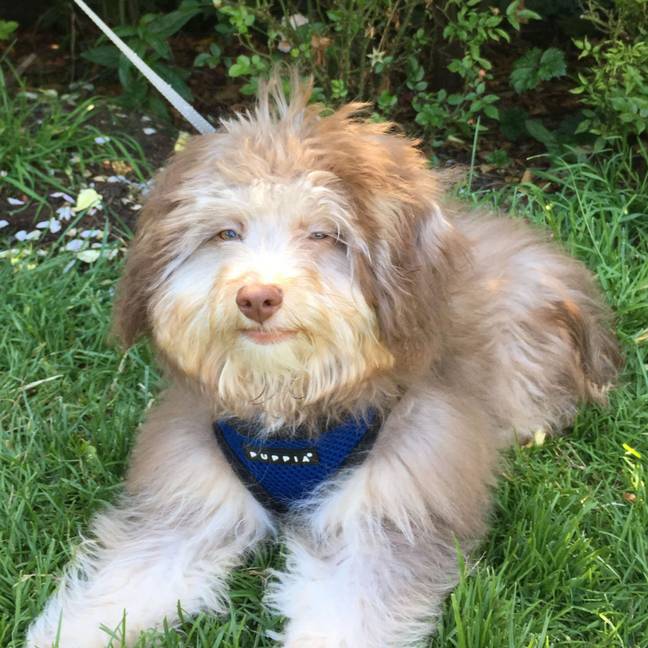 Hurless added, “When he was a puppy, his fur was much darker, and he often was compared to Chewbacca or an Ewok, which are characters in ‘Star Wars.’ We usually hear that it is his eyes that creates the human look, and I tend to agree. Nori is a Toy Australian Shepard and Toy Poodle mix and he often looks like he’s smiling.”

So naturally, little Nori has become a little four-legged Instagram influencer, ever since Ngo set up his account for him. She’s also his “momager.” 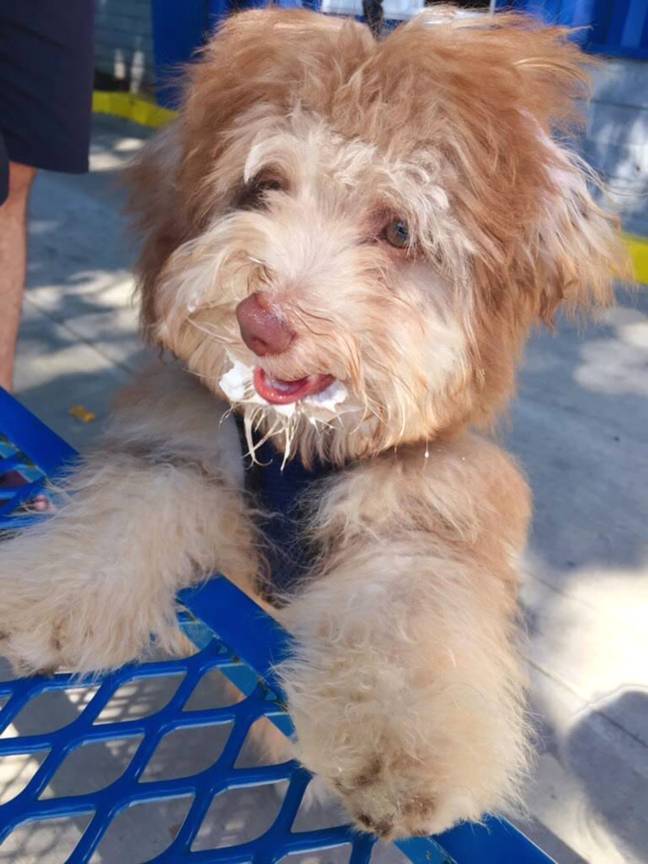 Ngo explained, “That’s where we get all the comments about his human features, with some people saying he looks like a giant person, or they’re marveling at his eyes. Nori is incredibly sweet and friendly, and very energetic and playful.”

“He loves all people and dogs that he meets, and just wants to be friends with everyone. He’s got quirky behavior, like when he ‘kneads’, where he’ll put a toy in his mouth while he kneads with his front paws like cats often do,” she added further.

Kevin also said, “We were surprised by all the attention Nori gets at first. We knew he had a very unique and interesting look but didn’t expect quite the reaction we got. But we remember being dogless and wanting to pet all of the dogs, so we try to be friendly and let people meet him as much as possible.” 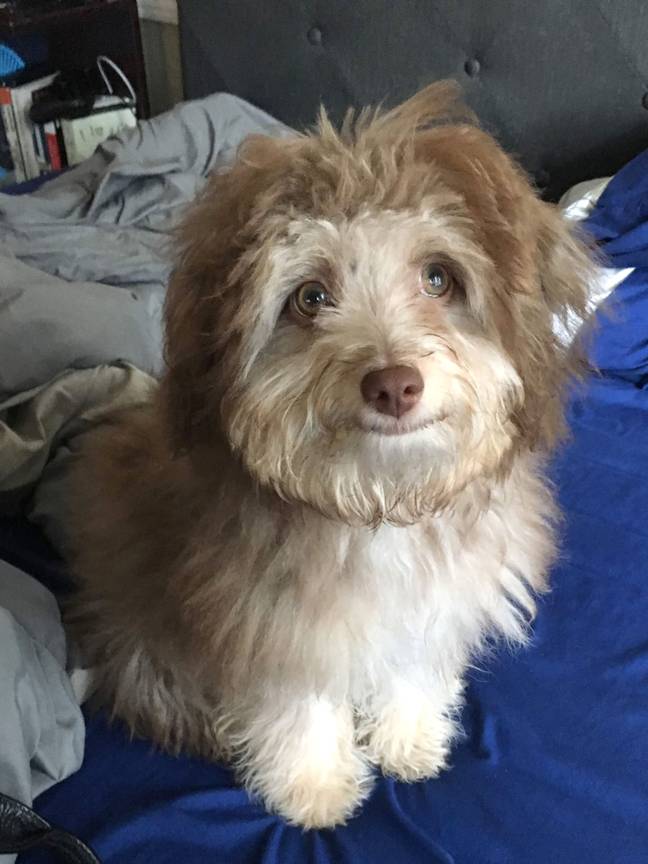 Nori isn’t the couple’s only furbaby. They also have a Shih-Tzu, Yorkie cross – also known as a Shorkie – named Boba who is Nori’s best friend.

“They get along great and play together all the time, though Nori sometimes has too much energy for Boba and Boba gets annoyed. You can see Nori’s human look even more when the two are stood side by side,” the couple said of Nori and Boba’s friendship.