New Yorkers aren’t known for their hospitality, but Louboutina, a golden retriever who lives in Manhattan, is an adorable exception.

The golden retriever loves hugging people that she meets on her walks, according to her owner, Cesar Fernandez-Chavez. Want to hear something even cuter? Fernandez-Chavez said his affectionate pup’s friendly approach – which involves greeting strangers, then wrapping her front legs around their knees in a furry embrace — is something she learned to do entirely on her own. 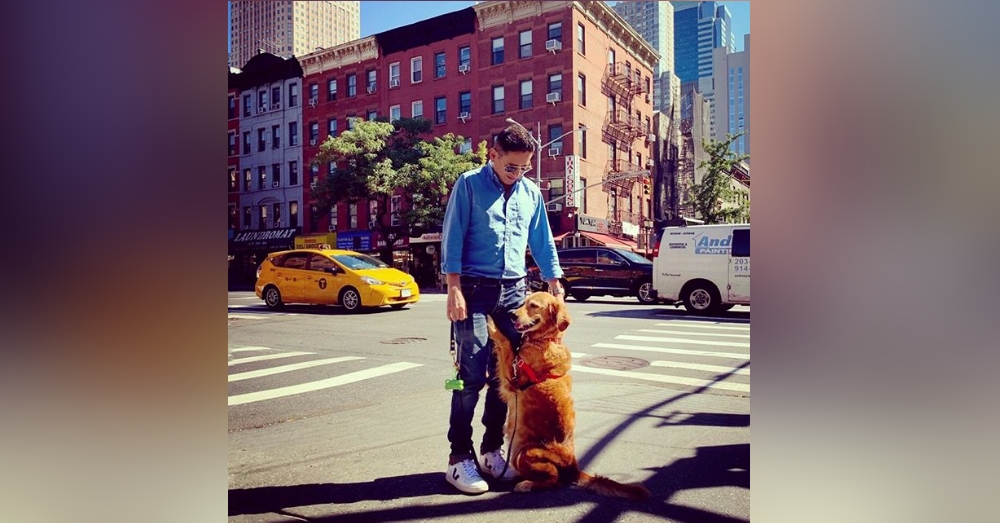 Loubie stops to hug so many people that even short walks stretch into two-hour affairs. “It’s just not a regular walk,” Fernandez-Chavez told The Dodo. “It’s a walk with hugging. So we don’t get to go too far.”

Loubie’s frequent embraces actually started with hand-holding, which is another behavior she picked up from people. The dog’s PDAs started around Valentine’s Day in 2014, when the sensitive pup realized that Fernandez-Chavez, who was going through a break-up, no longer had someone to hold his hand. 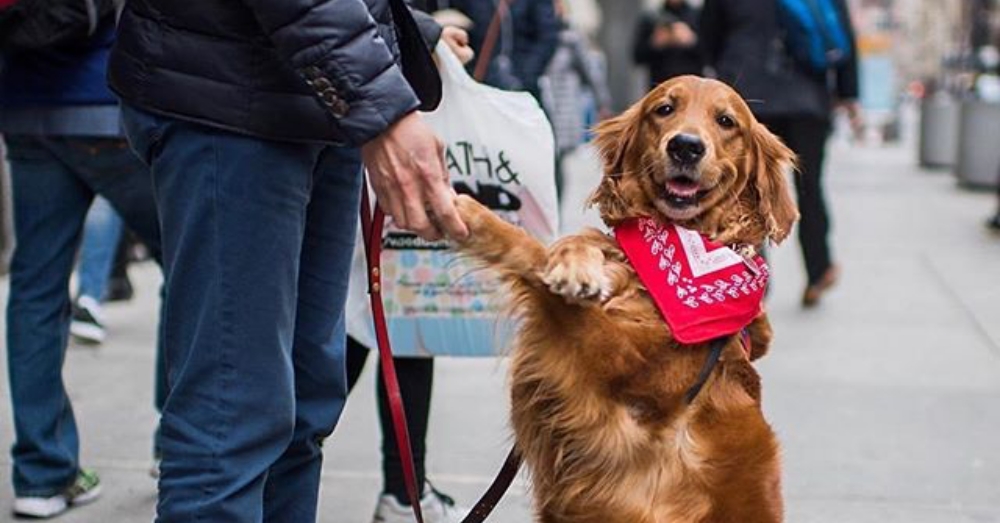 “She started sitting up and grabbing my hands with both of her paws, and then crossing the other paw over her paw,” Fernandez-Chavez remembered. “I remember joking with my friends, ‘At least I have someone to hold hands with during Valentine’s.'”

Holding hands quickly became Loubie’s new favorite pastime during her walks — and quickly endeared even the most jaded New Yorkers. “From then on, every walk, she wanted to hold hands,” Loubie’s owner recalled. “She would just sit up and cross her paw over the other, and look around like a lady. People passing by were like, ‘Oh my god, she’s so cute.'” 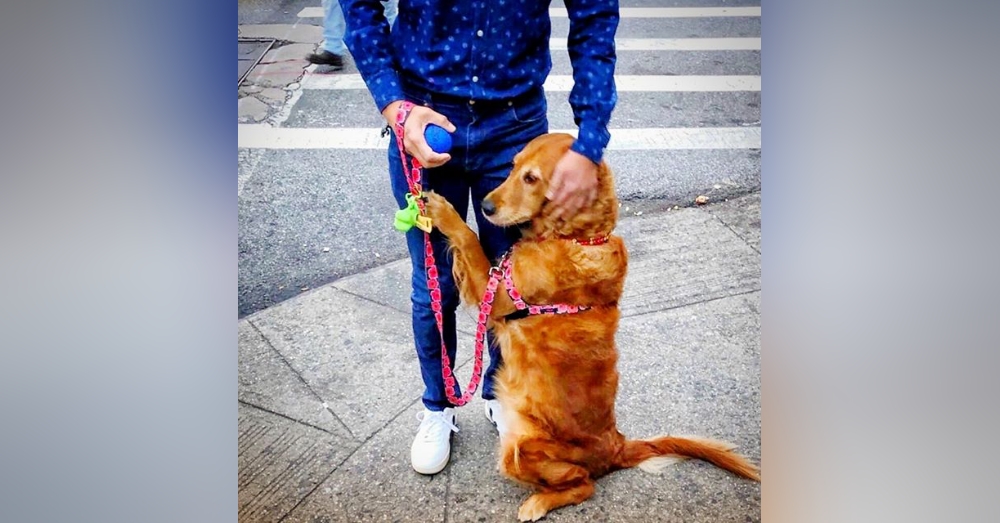 Then one day, Loubie suddenly decided that she would like to hug. “Instead of asking me to do the holding hands thing, she just sat up, very close to my legs, and she’d wrap her legs around my knees,” Fernandez-Chavez said. “I thought, ‘This is weird. What’s going on?’ But I let her do it.”

Before long Loubie was hugging neighbors and strangers she met on her walks. “We’d run into neighbors that she knew,” Fernandez-Chavez said, “and instead of just leaning on them, she started hugging them, and then random people who would come to us.” Before long, the friendly pup was a local celebrity with dozens of articles, TV appearances, and even a new nickname: The Hugging Dog of Instagram. 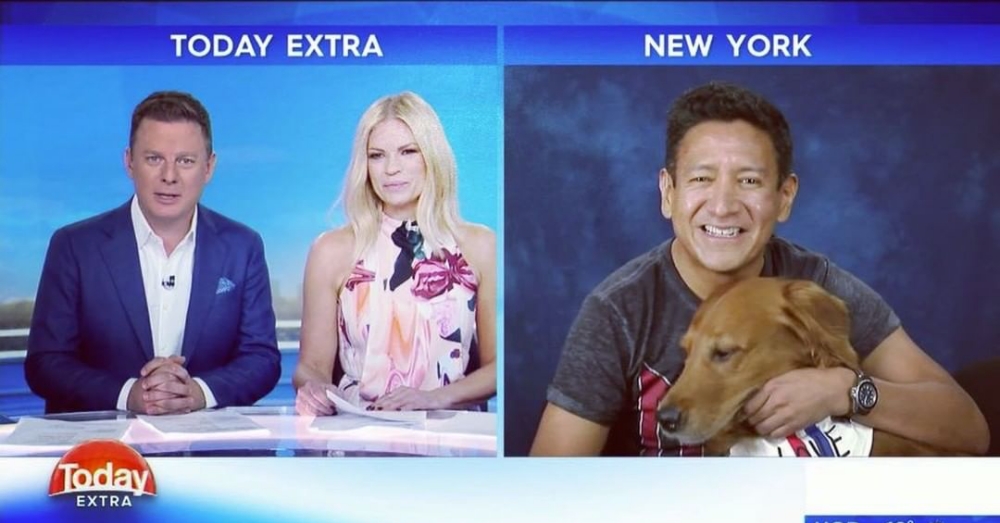 Even so, Loubie won’t hug just anybody, according to her owner. “Sometimes people run up and ask for a hug, but I tell them, ‘I don’t think it’s going to happen,’ because she has to bond with that person first,” he said. “But when she sits next to someone, then I say, ‘You’re probably going to get a hug.'” 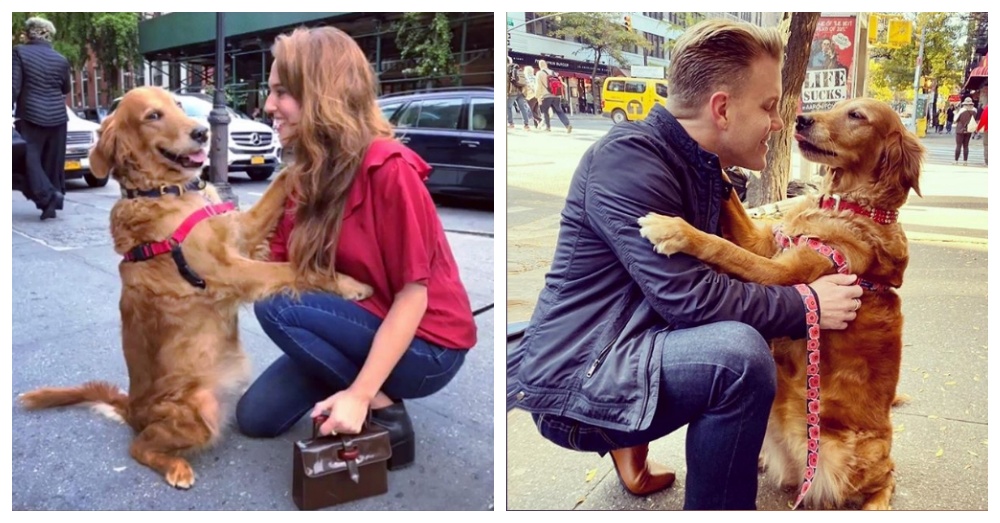 Unfortunately, the pup’s friendly routine ground to a halt in 2017, when a fire destroyed their Chelsea apartment building, leaving Fernandez-Chavez and his dog temporarily homeless. The pair had been out on a walk at the time, but they lost everything in the blaze.

“I was going to leave Loubie [at home]. If I did that, Louboutina would be gone now,” Loubie’s distraught owner told The New York Post, recalling his fateful decision to take the dog for a walk minutes before fire ravaged the building. They’d only made it one block before the building erupted in flames. 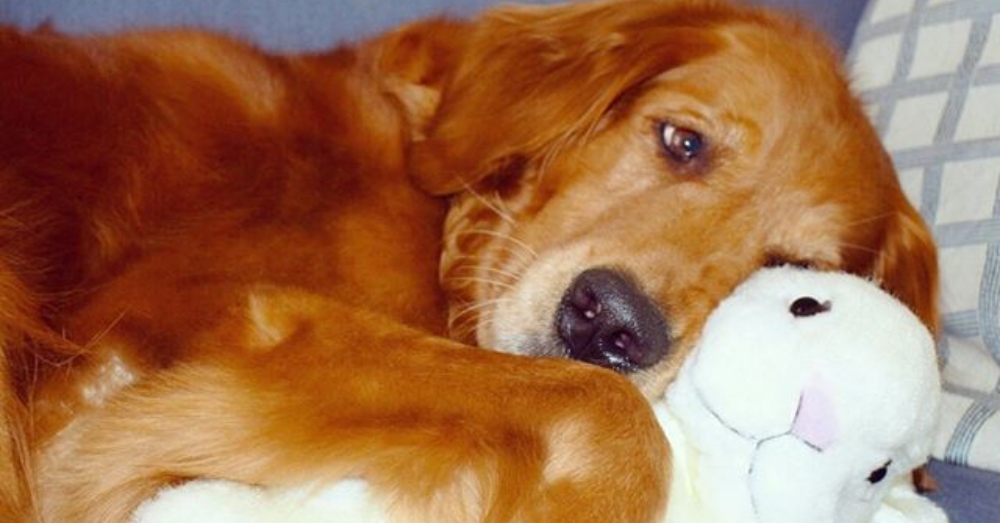 Loublie was also rattled by the incident — so much so that she suddenly stopped hugging. Now the 7-year-old dog spent her time barking and pacing – both classic symptoms of canine anxiety – and seemed especially distressed anytime she neared the charred building where she’d lived with her human for the past 6 years.

But Loubie’s growing fan base — which now included almost 200,000 Instagram followers — rallied to help when they heard what had happened. Somebody created a GoFundMe page that ultimately raised $76,000, allowing Fernandez-Chavez and Loubie to find a new apartment. Meanwhile, neighbors and fans continued to approach Loubie in the street for hugs. The traumatized pooch didn’t have the energy to hug back, but strong show of support still helped her know she was loved. 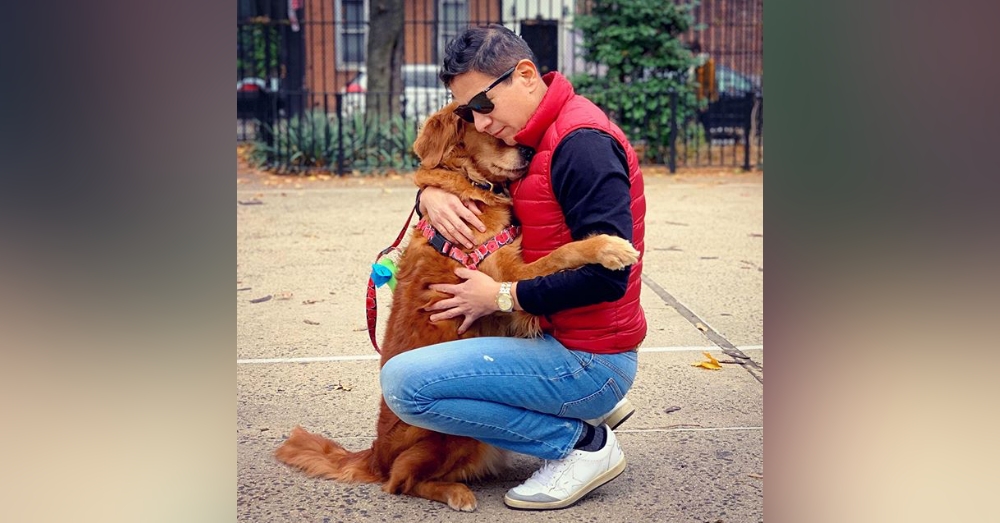 Finally, about a week after the fire, Loubie posed with a fan who wanted a selfie. That woman was also treated to the pup’s first post-fire hug.

“That was the first sign my Loubie was coming back,” said Fernandez-Chavez. “She was putting a lot of positive energy into people on the streets of New York. And now that energy is coming back to us.”