Dan and Hannah were contacted by a local animal shelter with an urgent request: a severely neglected cat that needed immediate fostering. Were they up for the job?

Dan took the rest of the day off of work and drove for an hour to pick up the cat. He was warned that the orange fur-ball had some issues. He was in pain, he needed dental work, and his fur was seriously matted. Dan was still up for it, but the kitty wasn’t sure about Dan. “Obviously, he had been neglected. He let out a meow that sounded like ‘no’ when he was to be put in the cat carrier for me to bring him home,” Dan said. 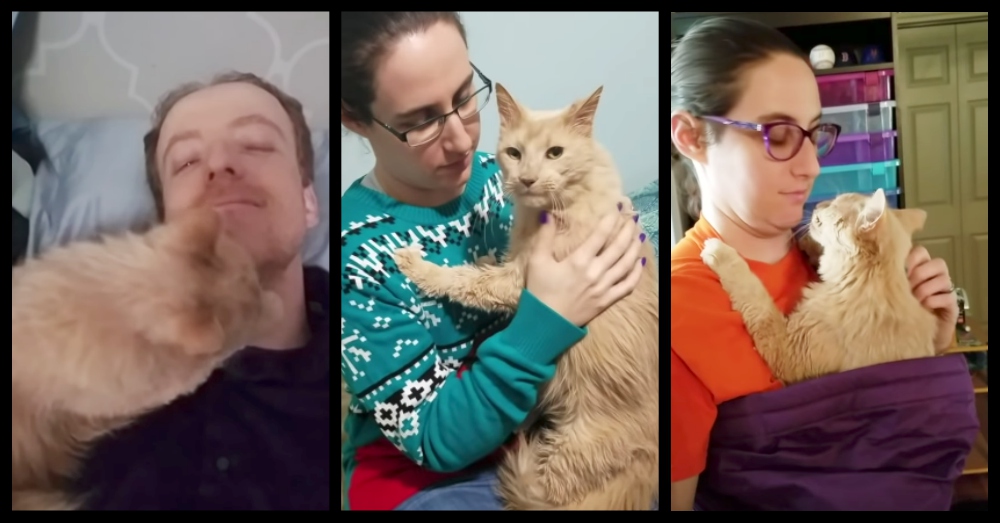 In an effort to calm down the nervous kitty, Dan talked to him the whole way home and tried to pet him through the bars of the cat carrier. When they arrived home, Dan and Hannah got to work brushing, petting, and brushing some more. They gave the kitty some pain medication and just kept brushing him and petting him for the first few hours. After the kitty was feeling better, he starting purring. And hugging. And he just kept purring louder and hugging tighter.

So they named him Huggs. “I pulled him as a foster and knew the minute I met him that I was keeping him,” Dan said. 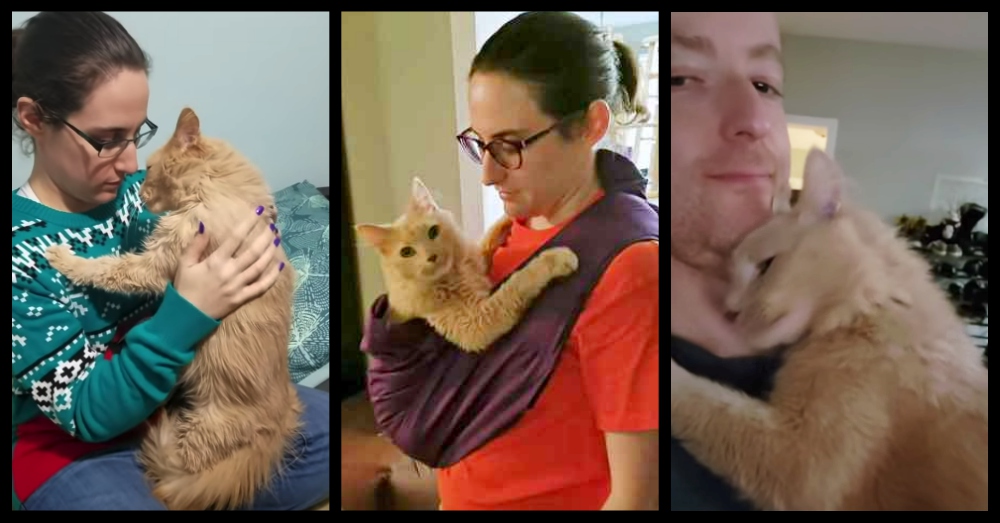 Huggs had a tooth extraction shortly after arriving at his new home, and Dan and Hannah are helping him manage some chronic conditions, but overall he’s doing well, except for not being able to get enough hugs. Huggs gets along with his kitty siblings, but he wants all the hugs from Hannah and Dan for himself. He just can’t seem to get enough hugs. Hannah carries him around the house in a baby bjorn so he can spend more time with her.

“When I come home from work at night he literally walks up to me at the door and puts his paws up on me, asking to be picked up. I’ll then walk around the house with him purring like crazy and rubbing against my chin,” Dan said.