Big Little Lies: She Knew The Ruse Was Up When Her Adorable Puppy Grew Into A 210-Lb. Great Dane

Dogs love us unconditionally, but some people love dogs more than others. At least, that’s what happened to Sue Markham, who desperately wanted to adopt a shelter puppy but had yet to convince her husband, Robert.

Thankfully, Robert finally came around — on the condition that they adopt a small dog. Fine, Sue agreed, as she headed off to her job at a local animal shelter, where a black-and-white puppy managed to turn her head. Sue wasn’t entirely sure of the dog’s breeding, but she also knew Robert wouldn’t know the difference, either. It’s a Jack Russell, Sue fibbed upon bringing the puppy home. After all, the tiny puppy, which she named Yogi Bear for his cartoonish features, would probably never grow much larger than the typical terrier. 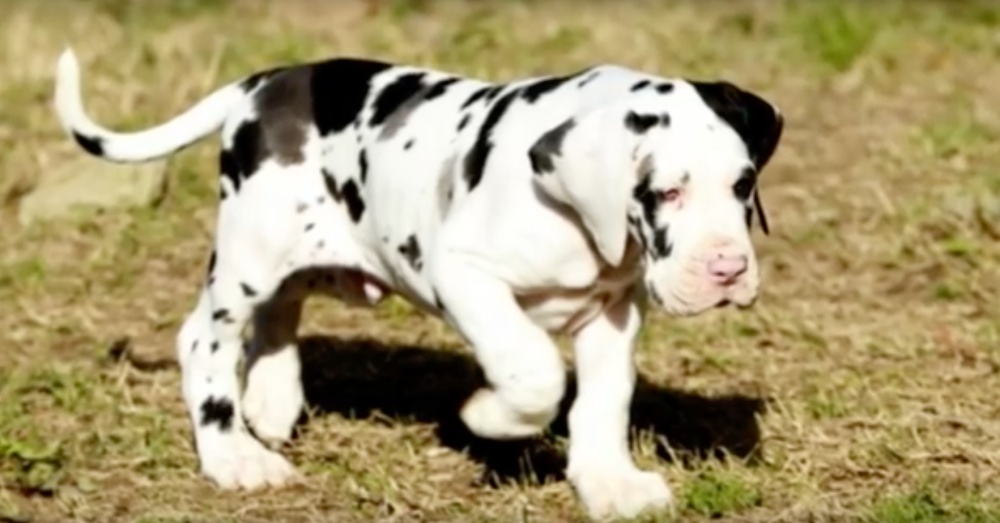 As it turns out, Sue was forced to admit her ruse only months later, when a five-month-old Yogi had was already significantly larger than most adult terriers. Nor was the dog, who turned out to be a Boston Great Dane, finished growing. Ten years later, Yogi Bear weighs a whopping 210 pounds, sleeps in a loveseat-turned-dogbed, consumes over $250 per months in dog food and measures 6’10” from nose-to-nail. 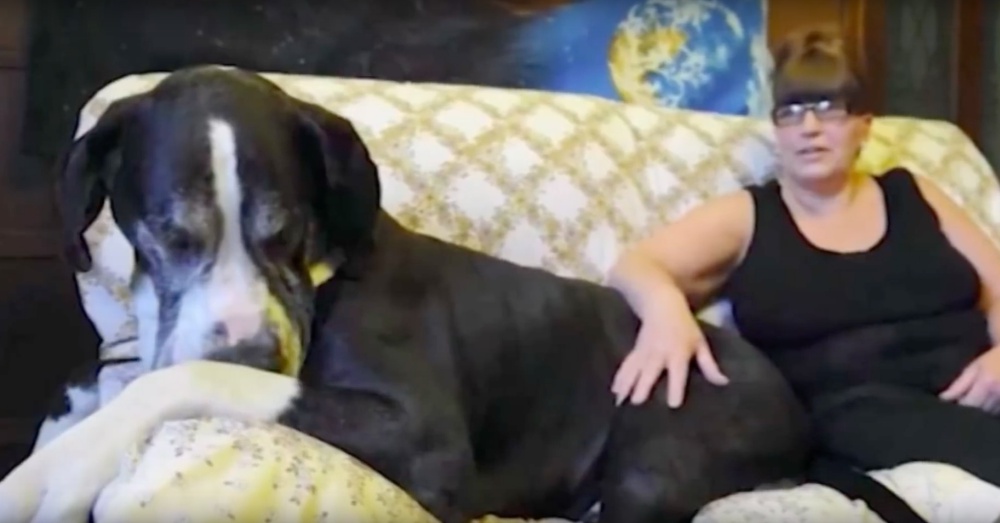 Though he was initially irked by the deception, Robert has to admit that Yogi Bear has become an indispensable part of the family, especially because — despite his large size — he is such a gentle soul. A few years back, Bear treated a visiting stray kitten with such kindness that she’s become a regular visitor and friend. Meanwhile, other kids in the village have also asked the Markham’s how they can get their dogs to grow this big, too.

Watch the full video about Yogi Bear’s adorable transition from puppy to Great Dane in the video below!