Nobody wants to stay in the hospital. But it’s especially tough to be a patient during a pandemic, when Covid-19 precautions limit visitors and human interactions.

But at Tuft’s Medical Center in Boston, there’s a 4-legged employee determined to share comfort and cheer as the pandemic drags on. Between 8am and 4:30pm five days a week, a golden retriever/goldendoodle mix named Bob roams the halls looking for patients in need of a licensed therapy dog to brighten their day. 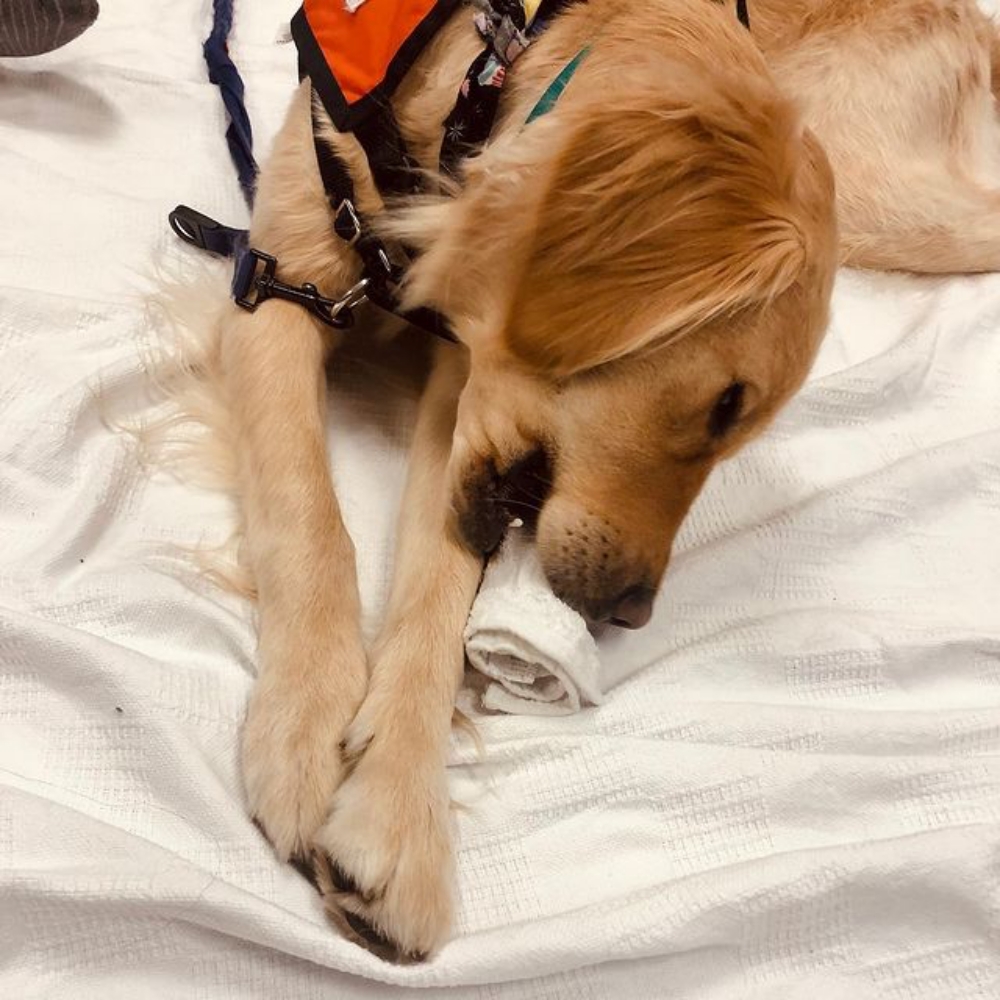 “If I’m feeling low, he’ll jump up and hang out a bit,” one patient, Charlie West, told the Boston Globe. Although West has been in the hospital for months, Bob has been his only regular visitor (although his mother was allowed to visit once). “He brightens my day and breaks the monotony,” West said of the dog. “If I feel down in the dumps, he helps out.”

Part of Bob’s skill is that he can sense which patients need some extra TLC. “He’ll stop at a door and won’t move,” said Bob’s handler, Anne Marie Sirois, who also works at the hospital and accompanies Bob on his rounds. “He can feel that they need him.” 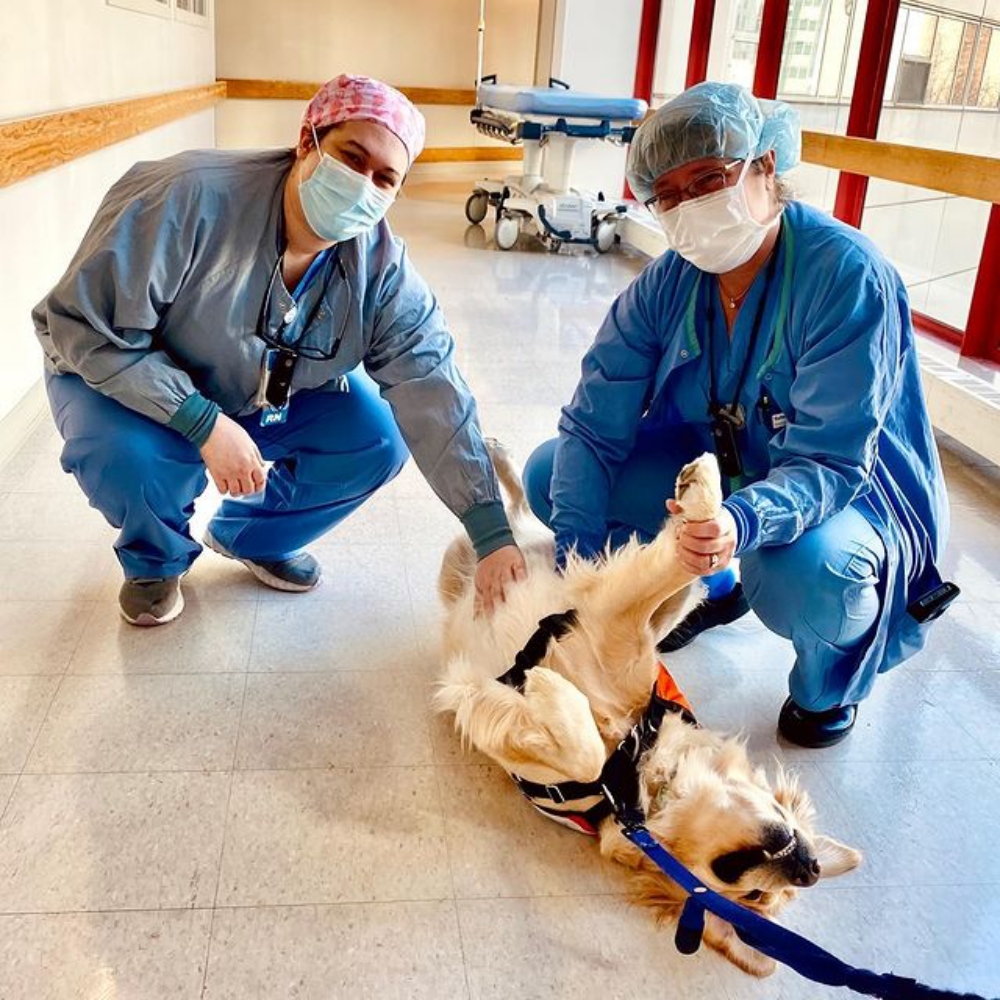 For instance, Bob always insists on visiting Shawn McGrath, a 42-year-old man who has spent 10 months at Tufts waiting for heart transplant. “I have my good days and bad days, but seeing him just cheers me up,” McGrath said. “Without Bob and the nurses, I don’t know what I’d do.”

But on top of Bob’s main job greeting patients, the therapy dog plays an equally important role behind-the-scenes. “He’s a bit of sunshine. He keeps it light around here,” one hospital technician, Jordan Dolock, told the Globe. In addition to giving patients something to look forward to, the dog has been instrumental in comforting overwhelmed doctors and staff. “To be honest,” Dolack said, “I think he does more for the employees than he does for the patients.” 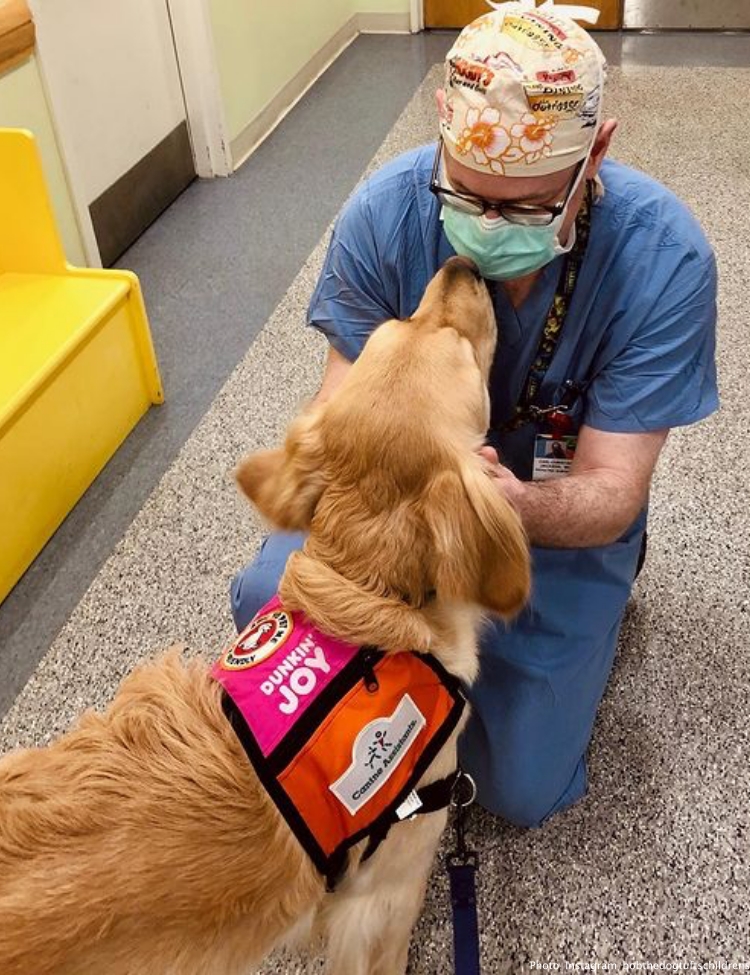 It’s little wonder more and more hospitals are “hiring” therapy dogs like Bob, who graduated from a service dog training academy in Georgia with 2,200 hours of training under his harness. “This is what these dogs were born to do. They can feel when somebody wants to get some love,” Sirois said. “And I get comfort being able to make a patient’s stay in the hospital a little better.”