It’s not every day that we see an animal rescue quite like this one. I mean, when have you ever seen a jet ski involved in saving a horse’s life? Yeah, we hadn’t either, until today.

A herd of seven horses was stranded on Ballymacegan Island on the River Shannon in Ireland after water levels were rapidly rising. They were in danger of soon being unable to cross to safe ground if they didn’t do it quickly, and staying where they were would have meant either drowning or freezing to death in the chilly water. 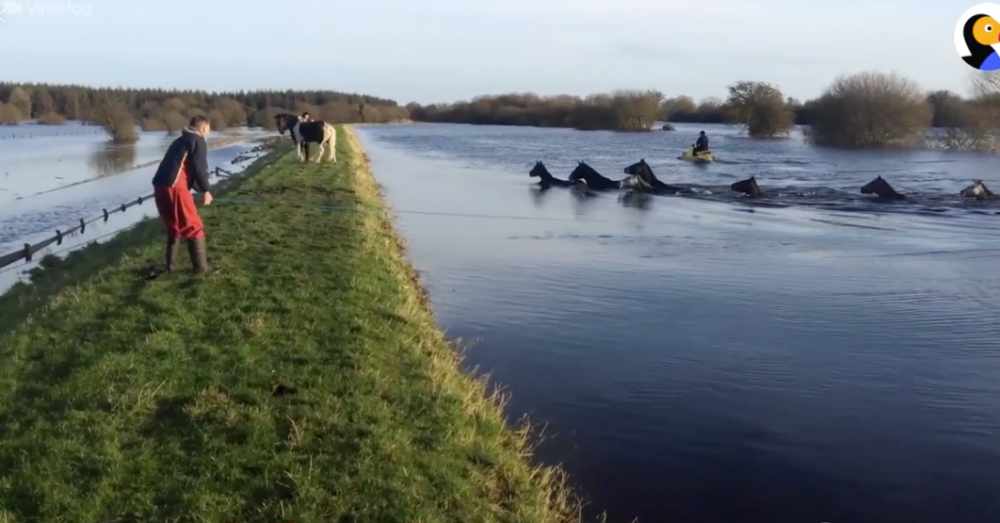 Their owner was unable to save them on his own, so he alerted the Athlone Sub Aqua Club that he was in need of help. They used a rescue boat and jet ski to help herd the horses in the right direction, and they had many divers in drysuits swim out to the horses to guide them off the island and over the Galway shore. 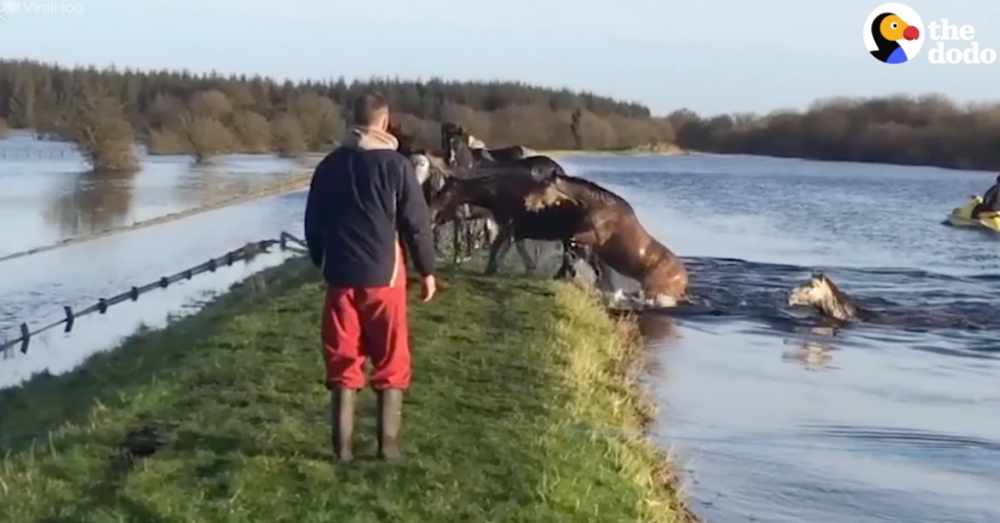 Thankfully, the rescue was successful, and the horses all cooperated with a little help from the Athlone Sub Aqua Club members. According to rescuers, the animals wouldn’t have survived another night on the island, since the water was three feet up on them, and they were freezing with obvious signs of distress.

Once the horses were brought to safety on the shore, they were taken to be examined by a veterinarian and are now in a warm stable. They have all recovered well, and they all have a clean bill of health! What a joyous day for them and their owner! Things could have gone so much worse, and we’re thankful they didn’t.

Over 50 Neglected and Emaciated Horses Rescued From Florida Farm: Click “Next” below!