Marion Fire Department received the call for help and dispatched multiple teams to the scene. One of the horses was actually a mule named Girlie and the other horse was named Tick.

They were both having a hard time breathing and rescuers immediately started to dig the mud away, but it was an uphill battle. 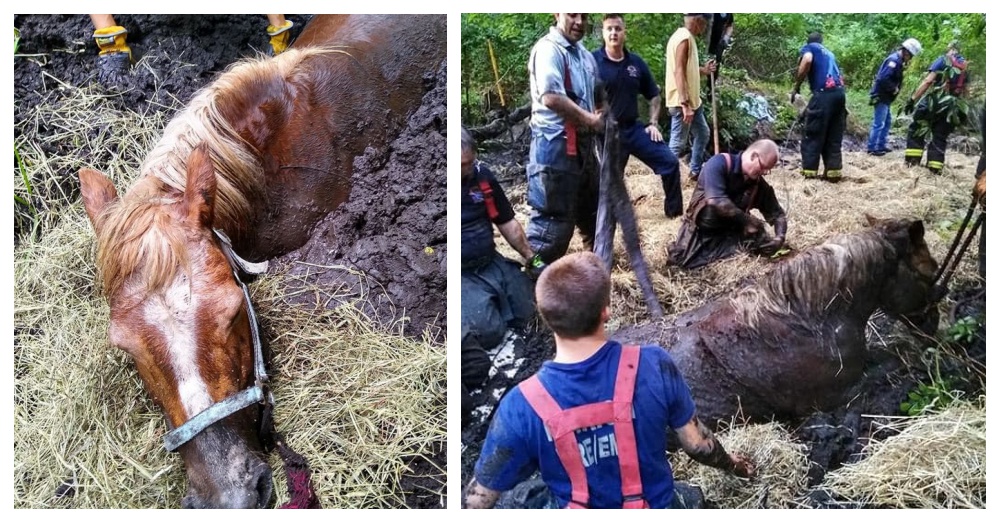 Rescuers were determine to save the horses and worked tirelessly for three hours to dig them out. They used boards, straps, pulleys, and multiple other tools to finally free the horses from the mud. 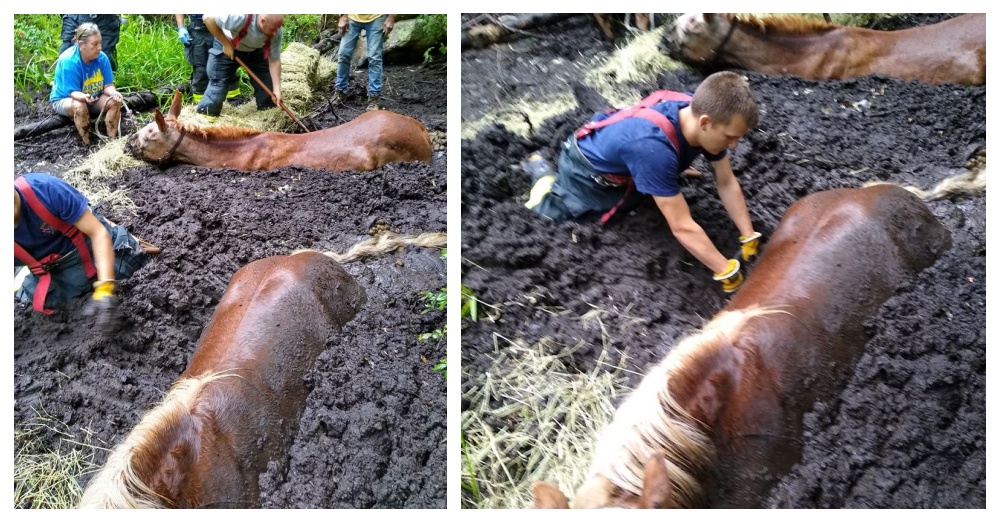 “I really did not think they were going to be gotten out–such determination, kindness and caring from everyone involved was amazing–absolute fantastic team,” posted Stephanie Davis, owner of the horses.

A vet examined the horses and reported they are doing well thanks to all the heroes who dove into the mud to help them. 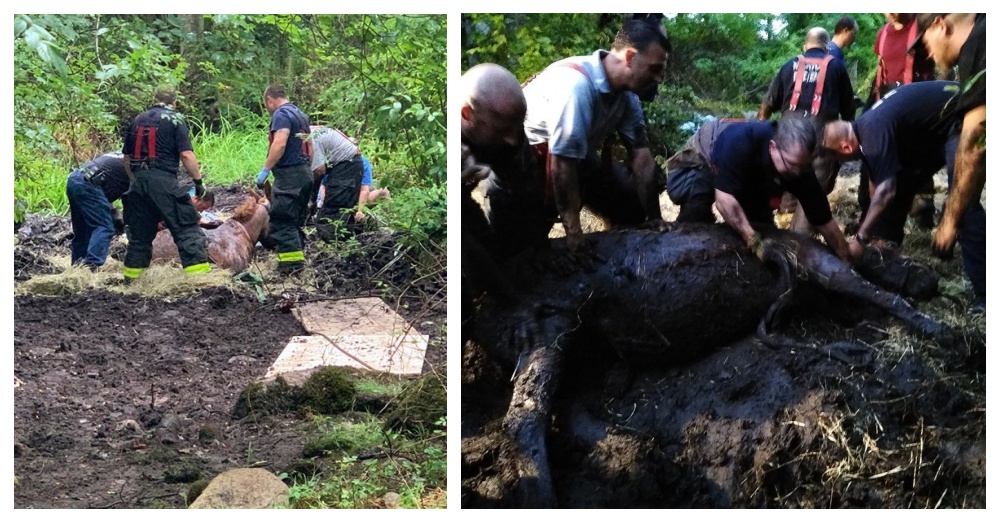 “We are pleased to report that both animals are recovering and doing well at this time,” wrote the department. “Special thanks to all the members of the department who worked tirelessly in this effort.” 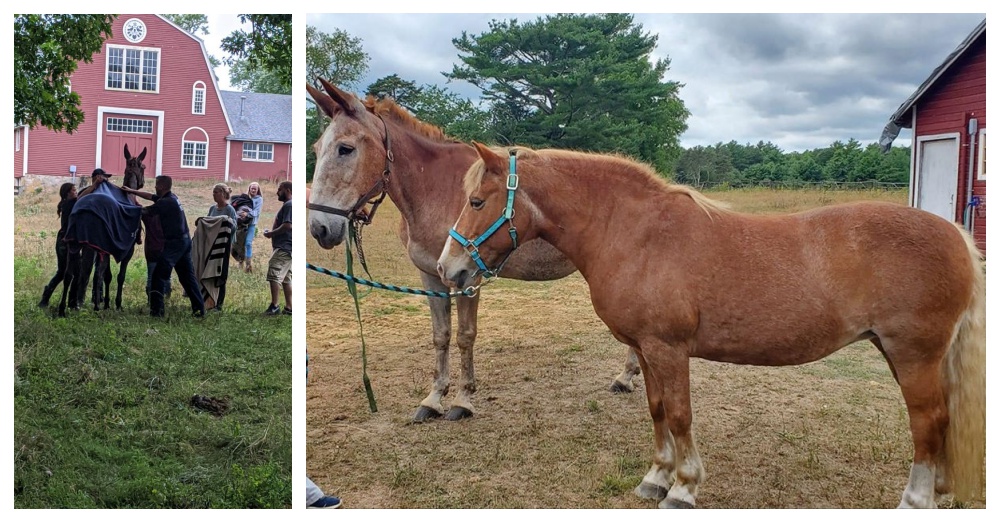 Davis provided an update on the horses stating, “They are eating, drinking and pooping well (which is very important for horses after something like this), have had some meds and electrolytes, have had most of the mud cleaned off but will be getting a major bath tomorrow when it warms up 🙂 They wouldn’t be enjoying life if it weren’t for all the awesome people who helped us yesterday.”

Photos taken by Davis provide just a glimpse into what the heroes had to endure to save the horses’ lives. Overcome with gratitude she said, “Thank you thank you thank you for all everyone did to help our horses here–above and beyond, dealing with the quicksand-like mud, digging away the mud so they could breathe–you all are real heroes. Thanking you with all my heart.”