After His Horse Survived A Deadly Tornado Unscathed, Farmer Is Convinced He Has A Guardian Angel

A tornado tore through Clifton, Ohio, destroying homes and barns in its path.

John Richardson, a Clifton resident, lost two of his historic barns to the tornado. According to Fox 28, the barns were built in 1861, but now are piles of rubble. However, Richardson witnessed a miracle.

Richardson recalls the tornado approaching: “It came across this field over here and it was just like a sheet of white.” A friend of Richardson’s captured the tornado tearing across the field. 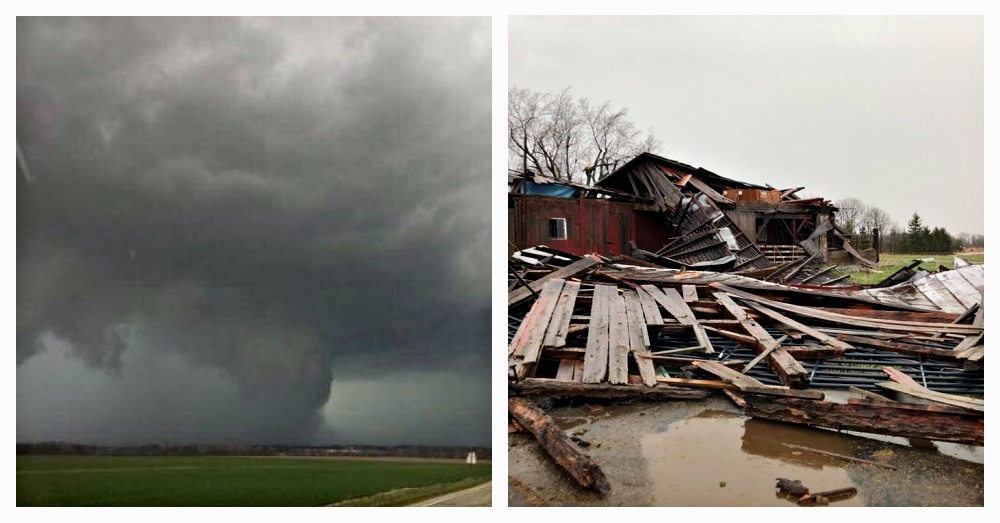 His horse, Freckles, ran back to the barn when the tornado hit. Freckles saw the barn as a safe place, and ran inside to escape the storm. The barn was destroyed, but Freckles stood amongst the rubble untouched. Freckles only had minor scrapes and bumps. He waiting patiently and calmly in the rubble, until he was escorted to safety. 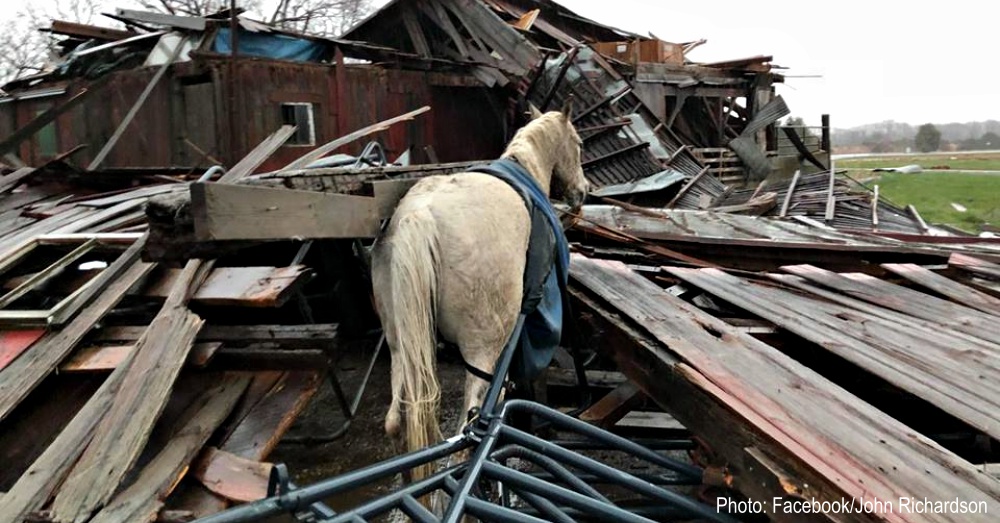 Richardson posted on Facebook, “Please say a prayer for us…A tornado came through while, I was at home today. We lost all of our barns, that have been standing since 1861 and suffered some damage to the house. I’m okay and so are the horses. Freckles was freed from the debris and seems to be okay. It’s a miracle that he is alive.” 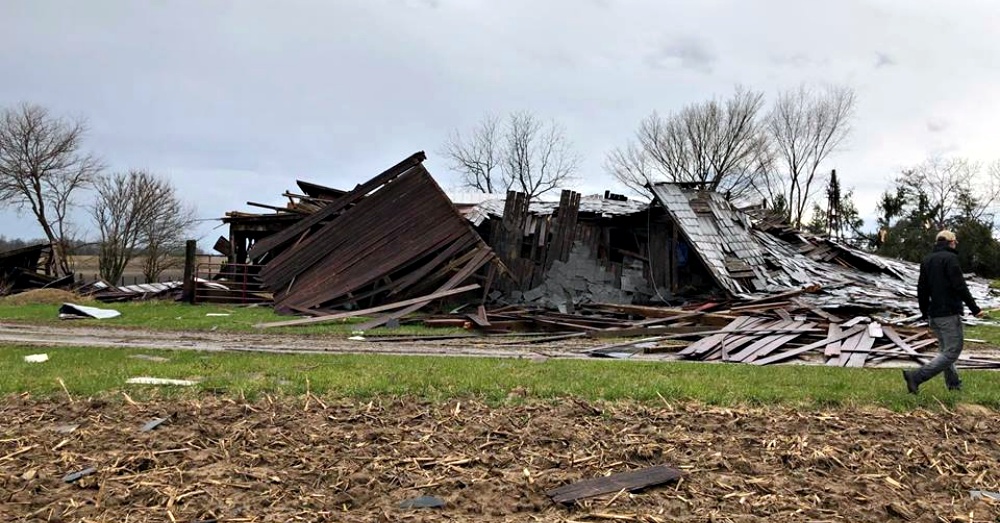 Thousands of people commented on the photos stating what a blessing and miracle that no one was hurt. Freckles had a guardian angel watching over him. Richardson plans to rebuild the barns. “You just have to pick up the pieces and see how it all fits together and rebuild I guess.”