This Horse Nearly Gave Up On Life After Being Stuck In A Pit For 12 Hours. Watch Her Amazing Rescue!

This horse, named Freedom, fell into a maintenance pit in her barn. When her owner, Marek Slodkowski, found her, he knew he had to do something immediately. Freedom had been stuck there for quite some time and was absolutely terrified. She started to close her eyes and give up. 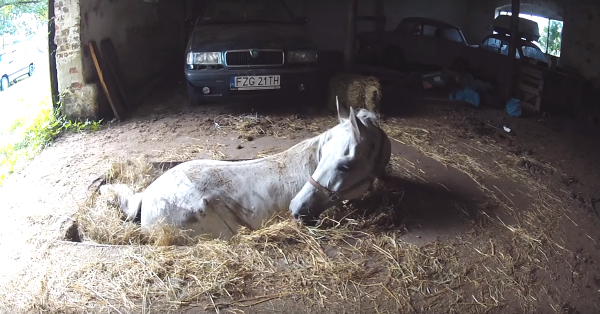 In his 13 years of raising horses, Slodkowski had never seen anything like this. He started to stuff the pit with hay, hoping it would give her some height to be able to climb out of the pit. When that didn’t work, he called the fire department who then tried to lift Freedom out using ropes; but of course she was extremely heavy, making this very difficult. 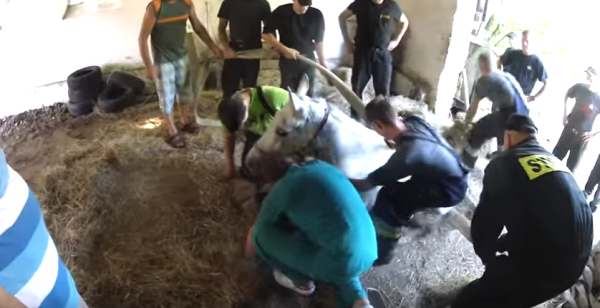 As the hours passed, Freedom grew even more exhausted. Her owner stood by her side, stroking her mane and whispering words of encouragement to her. Then finally, out of nowhere, Freedom opened her eyes, stood up and began to use her front legs to pull herself and her back legs to push herself up and out. The fireman worked along with her and together, they were able to get her out! Then Freedom galloped right back out into the pasture! 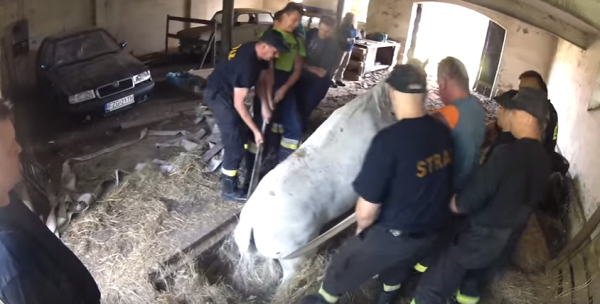 Watch the awesome rescue below: