A three-year-old mustang named Rosie, not used to cold weather, found herself in deep water – literally.

The horse wandered onto a partially frozen pond and fell in. Her owner, Lisa Constantino, immediately called 911 for help. 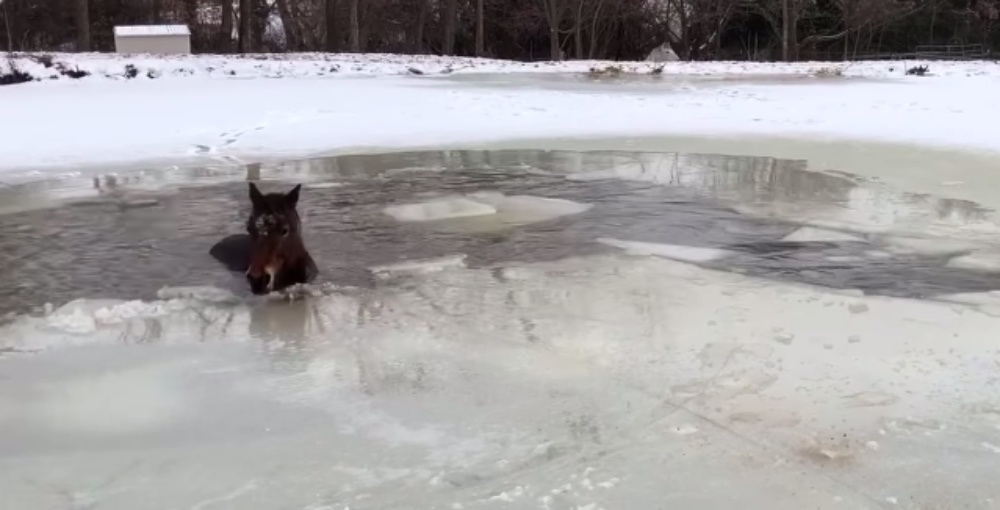 Denton County Emergency Service responded to the call. Firefighters arrived and immediately started to use a chainsaw to cut into the ice and create a path to rescue the horse. They knew they had to act fast to prevent hypothermia. 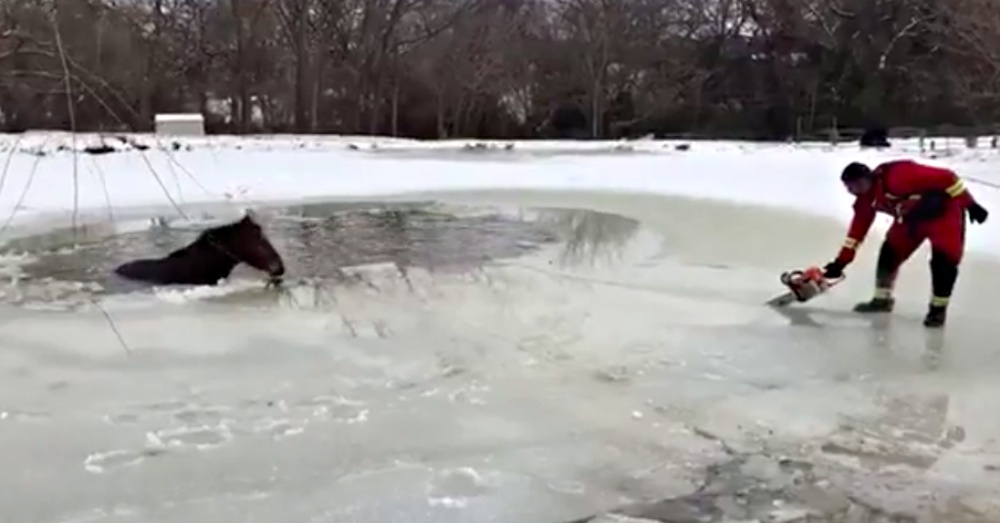 A firefighter dressed in a water suit entered the frigid water to coax the frightened mare out of the pond. He was able to get a rope around Rosie’s neck and she bravely followed him out of the pond.

Lisa was on the sidelines the entire time reassuring her sweet horse that everything was going to be ok. Rosie is described as a “fighter” by her mom, who shared that she was rescued from a kill pen when she was just one month old. 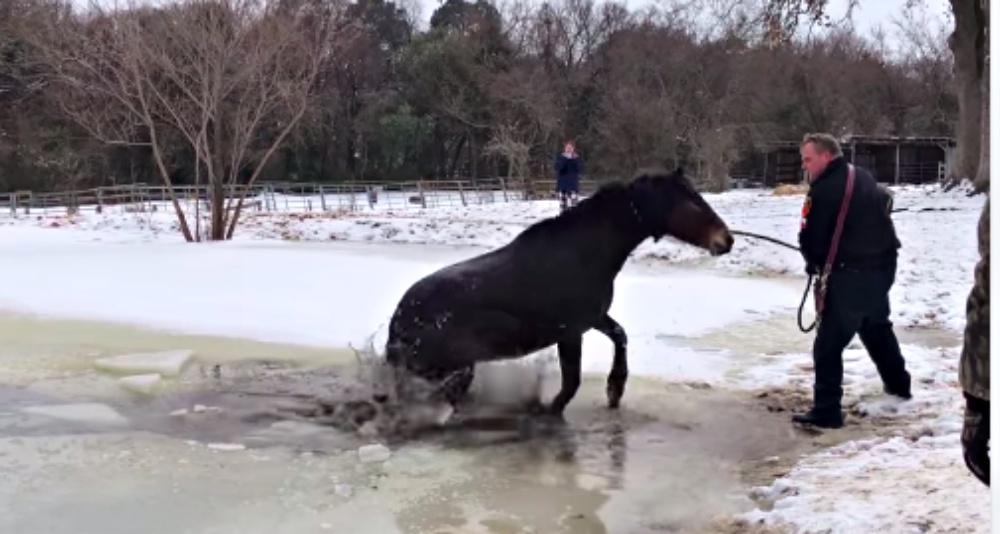 The rescue video was posted on Facebook by Denton County Emergency Services District #1 who reported, “Owners are currently warming the horse and looks to be okay. The Firefighter was cold, but doing okay after getting out of the weather and warming up.” 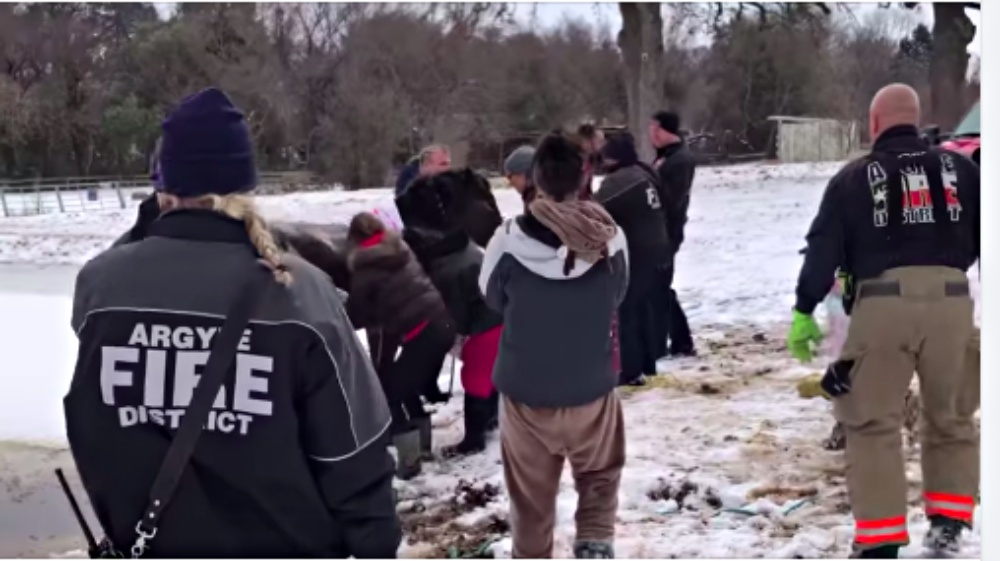 With the freezing temperatures, fans were concerned for Rosie’s health. Lisa posted, “She was freezing for sure. 90°was her body temp when we got her out of the water. Within 30 minutes, we had her body temp up to 97°. Blow driers, towels, blankets, and lots of massaging….she’s back up to normal horse temp now…but keeping a close watch this week.”

Lisa thanked the heroes by saying, “Truly amazing!! These guys were absolutely awesome and responded very quickly and knew just what to do to get my little horse out of the water. I cannot thank them enough!”

Watch the rescue video below and don’t forget to share!