A 25-year-old horse found herself in a very sticky situation in Florida earlier this week. The horse, named Kiersa, was stuck in a patch of extremely thick mud and was unable to move.

Hillsborough County firefighters rushed to the scene to help poor Kiersa out of the mud in Plant City, near Tampa. They initially tried to break her out of the mud’s suction, but it would prove to be a lot harder than they thought it would be. They then called a veterinarian and got heavy equipment that would make the rescue a little easier. 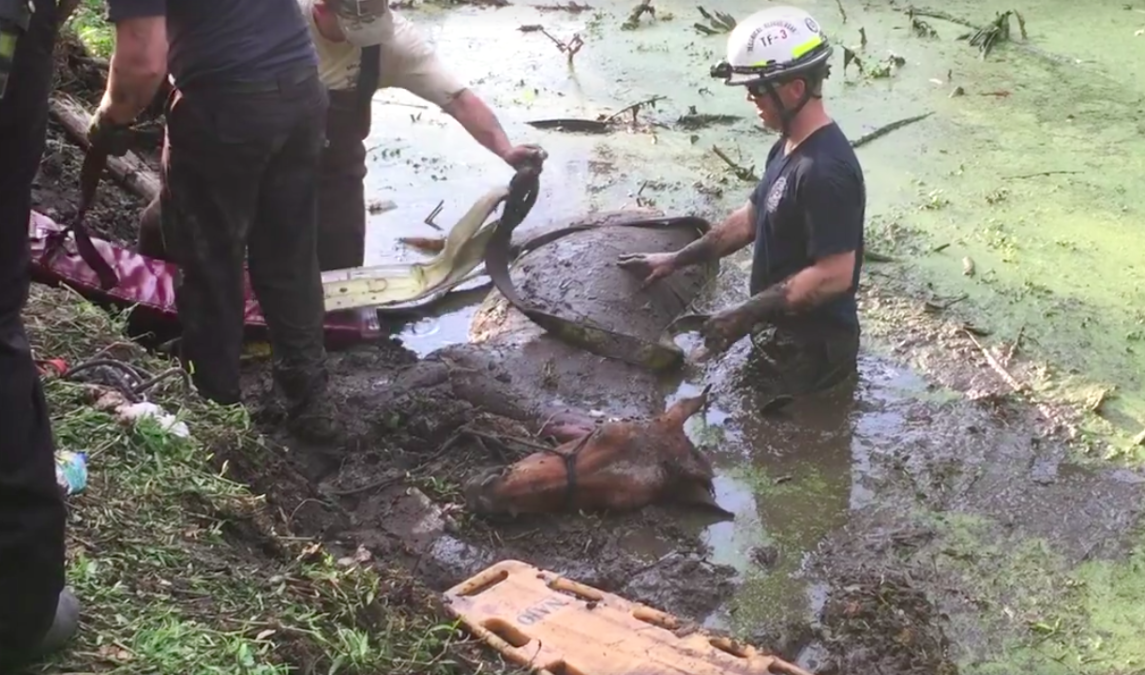 The horse was extremely frightened and stressed out, so they decided that giving the horse an anesthetic would be the best way to get her out. The vet, Dr. Alexandra Urban, from the Brandon Equine Medical Center, put her to sleep while rescuers pulled her free using padded straps. They were able to put her through the straps and hoist her out of the mud and into the air to safety. 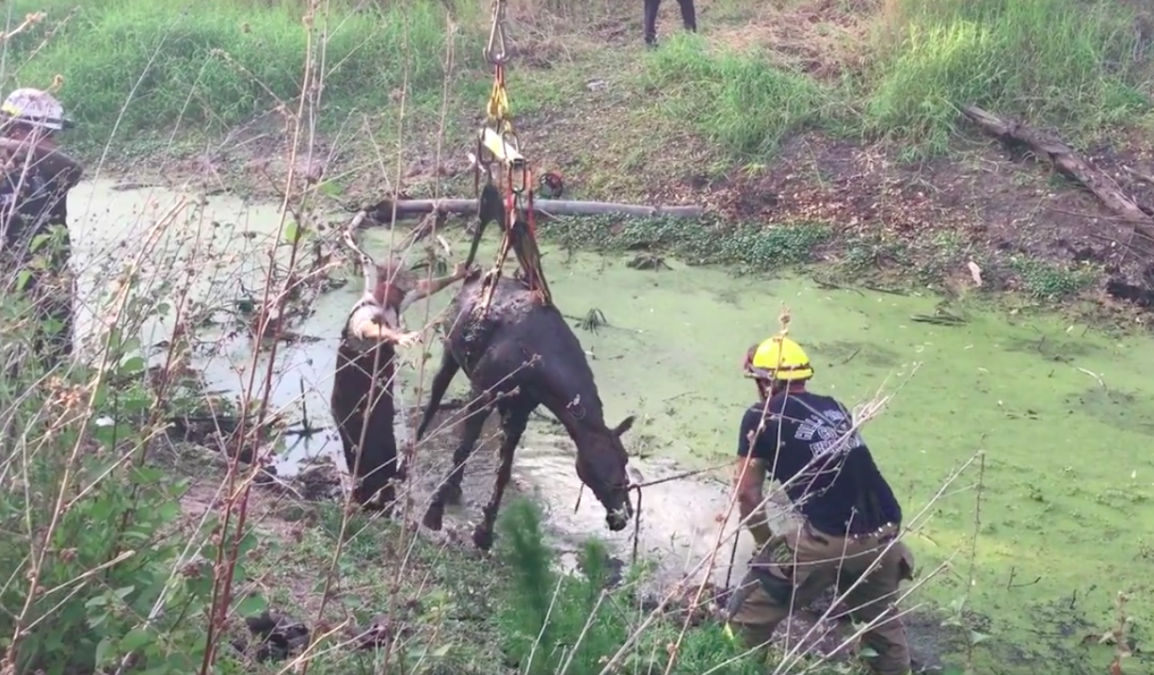 Vets then examined Kiersa to make sure she didn’t have any broken bones, and thankfully, she was unharmed. 30 minutes later, she woke up and was finally able to stand up on her own. She received IV fluids and was given antibiotics. 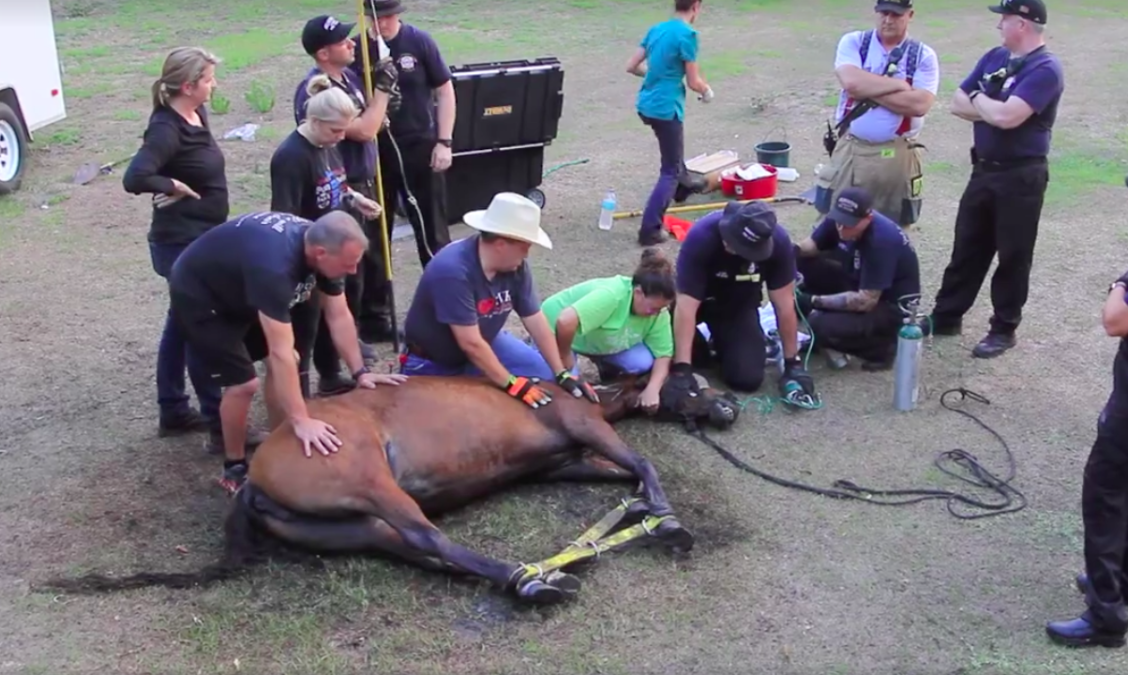 Kiersa’s family was so relieved to have her back safe and healthy. Good work by the Hillsborough County Fire Department, along with the veterinarians who were on the scene to help. This ending could have been a sad one without their help, but thankfully Kiersa is now safe! 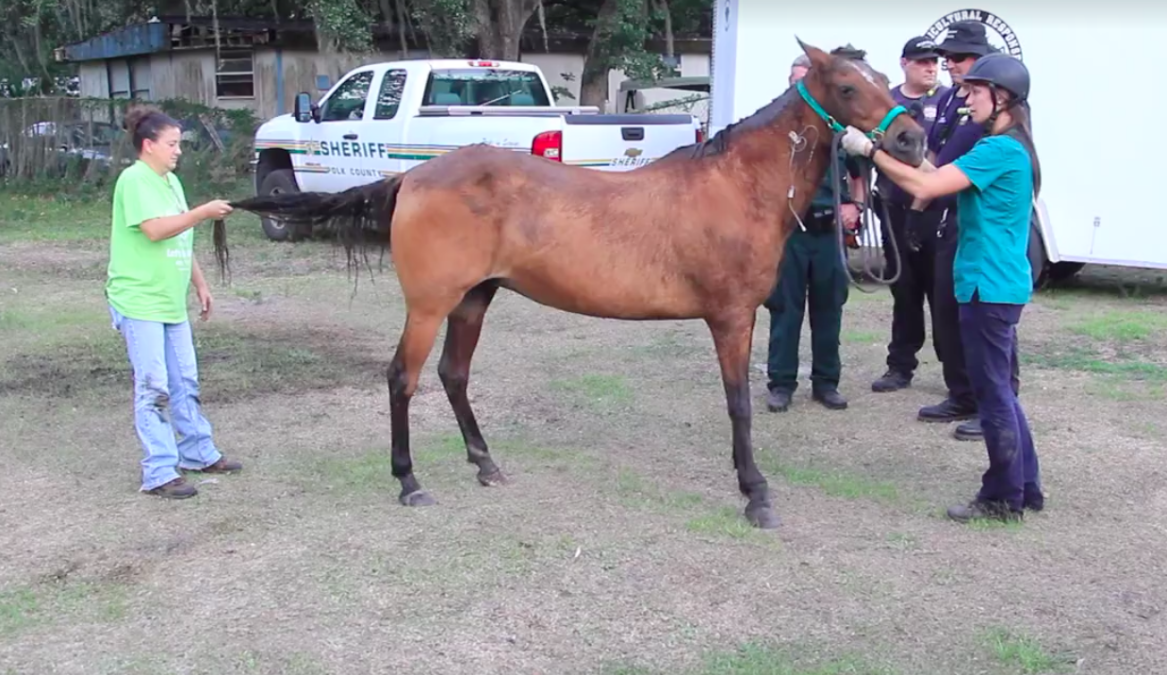 Watch the amazing rescue in the video below: