Amidst the Fear He Felt, This Horse Was Still Able to Call Dad to Save His Injured Mom

Through the years, horses have helped civilization in different areas of human life. They have assisted in livelihood, wars, transportation, and sports and have been a great help to a person’s well-being. No one can ever deny the significance of horses since ages ago — a huge contributor to the advancement of society. While transportation is hugely modernized, horses are now nurtured for agriculture, equestrian sports, and human therapy. 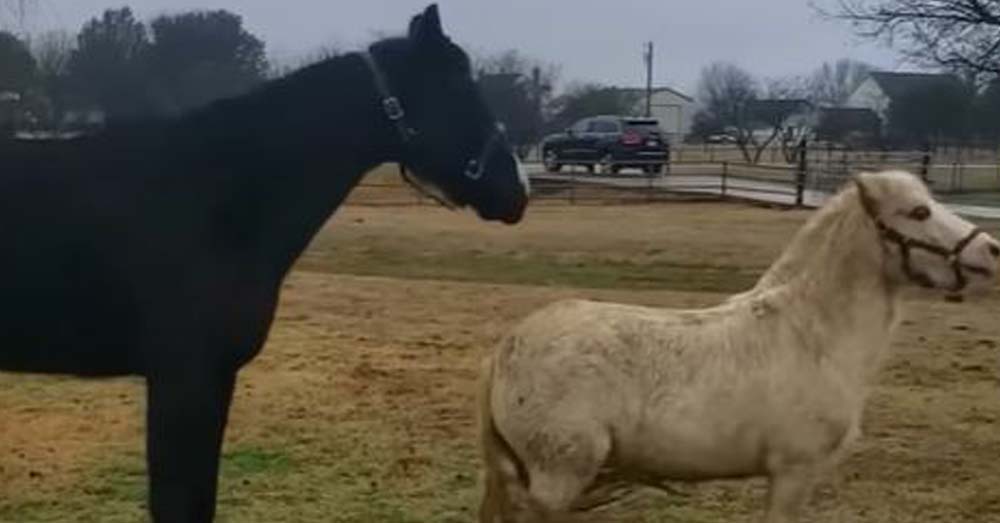 What’s more incredible about them is they cherish relationships with their humans. Like dogs, they are also man’s best friend and can express affection in various ways. Horses value those who provide them with genuine care, which has been proven by many caretakers. Lauren from HodgePodge Farm and Rescue can attest to that with her beloved Huckleberry. The horse mom shared that Huckleberry was supposed to be sold, along with nine others. People took an interest in those horses, but no one wanted to purchase Huckleberry. Hodgepodge Farm and Rescue stepped in and gave the male horse a new warm home. 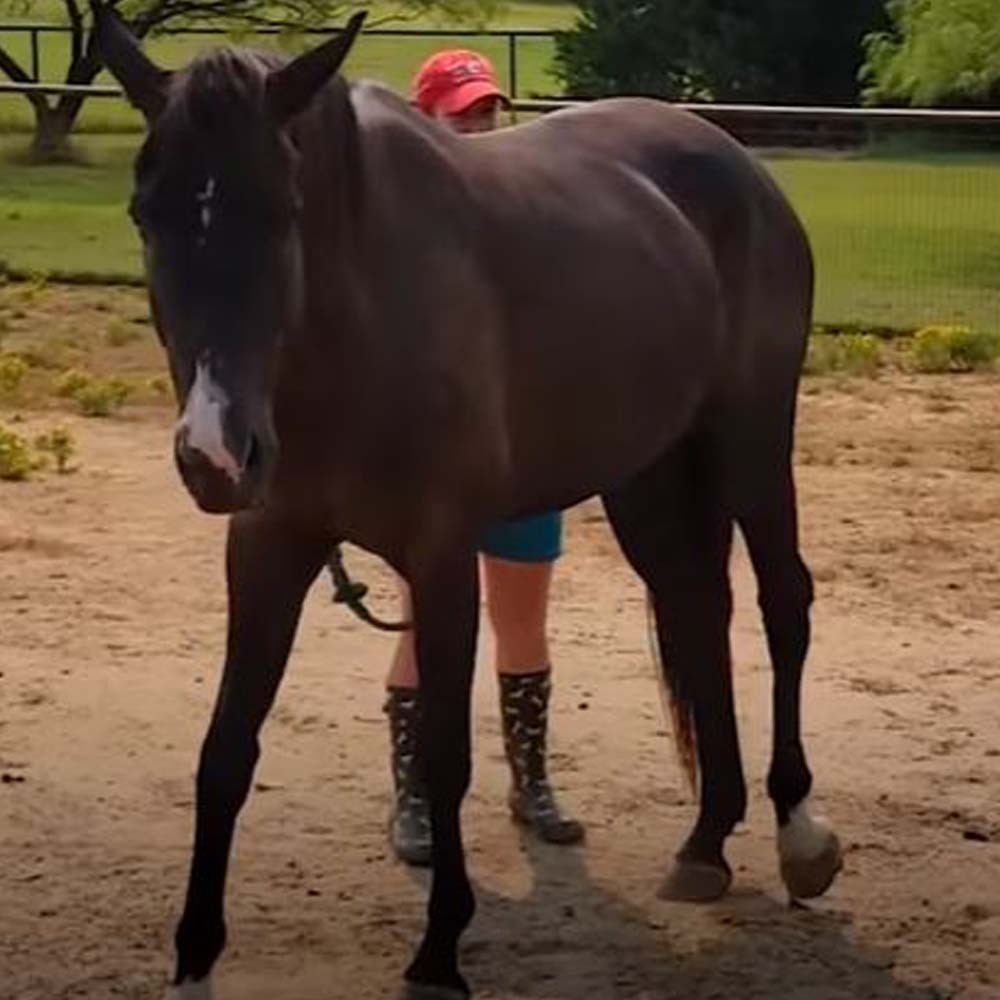 “He didn’t have a lot of energy. He was very thin, but there was a little spark in his personality,” Lauren said. “We really just focused on getting him healthy, then when he was starting to feel a little bit better, I took him out for a walk. All of a sudden, he just flopped down on the ground and started rolling around, and I thought there’s some interesting personality in this horse.” Huckleberry was happy and content with his new life, especially when connecting with humans and animals. As the days went on, Lauren and Huck already had their thing and a special bond. The horse would greet her, not just with a hello but by facing his butt on her way to get some scratches.

Huckleberry showed his playful personality every day, and he would have fun with Lauren. In the driveway, he would deliberately stand in the way like he didn’t want his mom to drive through. Huck loves teasing her, which speaks a lot about their relationship. Huckleberry has grown into a safe and secure place, allowing him to be who he is. Aside from the silly and lovable personality, Lauren discovered another amazon thing about Huck. However, an accident happened during that time, which left her wounded and injured. 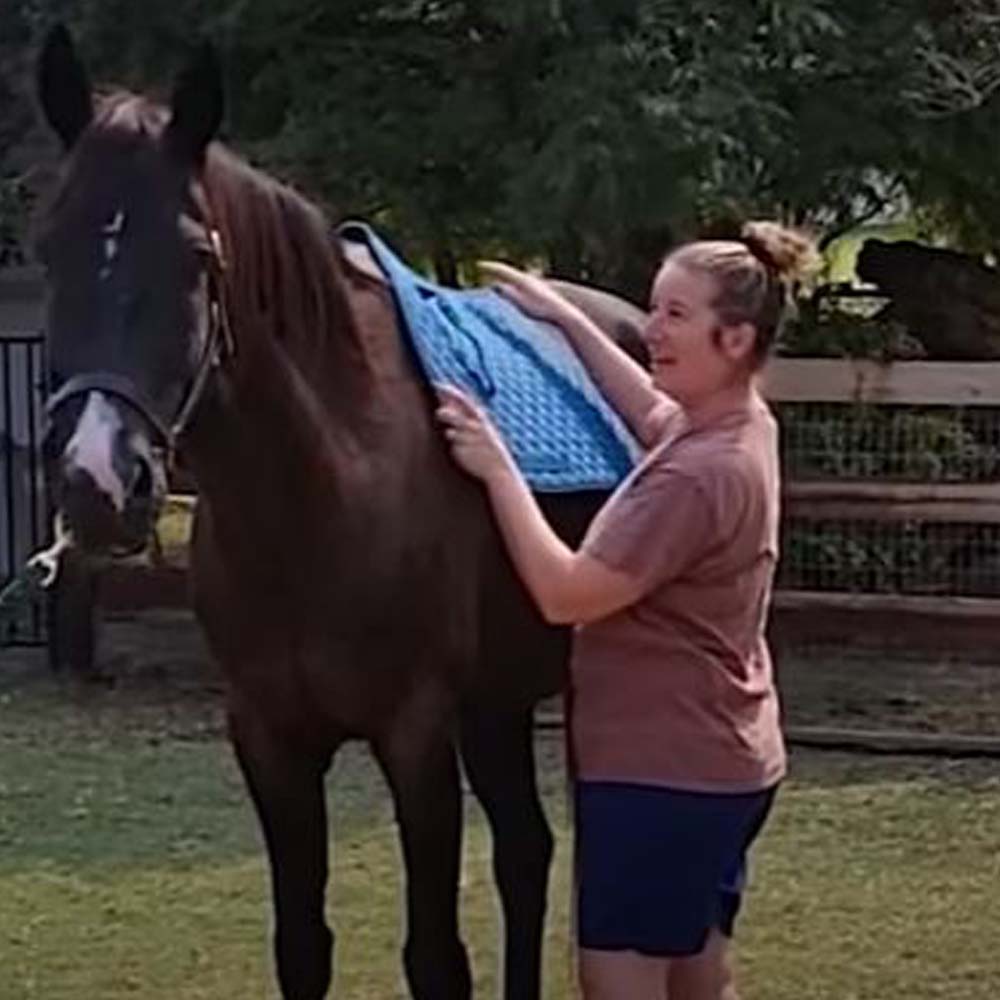 “I decided to go out for a ride. We came around a corner. One of our neighbors has a bunch of small dogs that run up and down the fence and bark, and he got a little bit nervous, and he took off running,” Lauren explained. “I did fall off. Huck, to his credit, ran home, and before this accident, I would never have believed it. I would have expected him to terrorize the neighborhoods or something that Huck would do.” Instead of wreaking havoc, Huckleberry ran to find dad and asked for help. The horse approached Lauren’s husband, and he instantly knew something terrible had happened. 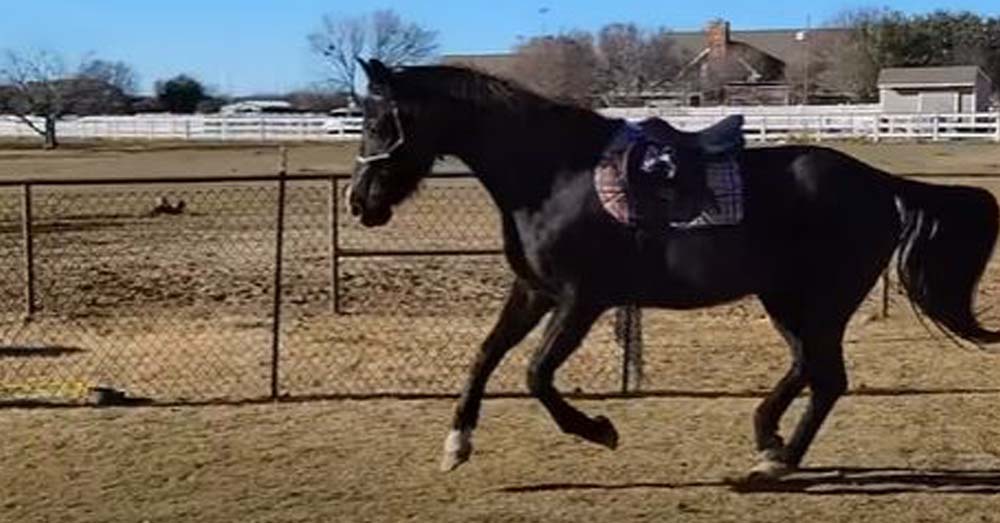 Lauren was found with a head fracture and a broken nose. Despite what happened, Lauren still asked about Huck’s situation, especially since he was the one who saved her. If Huck did not call for his dad, Lauren wouldn’t have been immediately found and carried to the hospital. It’s amazing how a horse could quickly think of a way to save a human, even when he was startled with fear by those dogs. The incident improved their relationship. She mentioned that the silly horse would be with them for life. Hodgepodge Farm and Rescue is his home.