Heroes do whatever it takes to save others, even if that means putting their own lives in danger.

Marion Fire Department received a call about a horse that fell through the ice and needed help. Firefighters and Flathead County Animal Control rushed to the scene and saw the 20-year-old chestnut gelding up to his neck in the icy canal. They wasted no time and plunged into the freezing water alongside the horse.

The rescuers tried to put straps around the horse’s body and assist him in exiting the canal, but the horse’s legs kept slipping. The surrounding area was covered in snow and ice, making it almost impossible to get a grip. 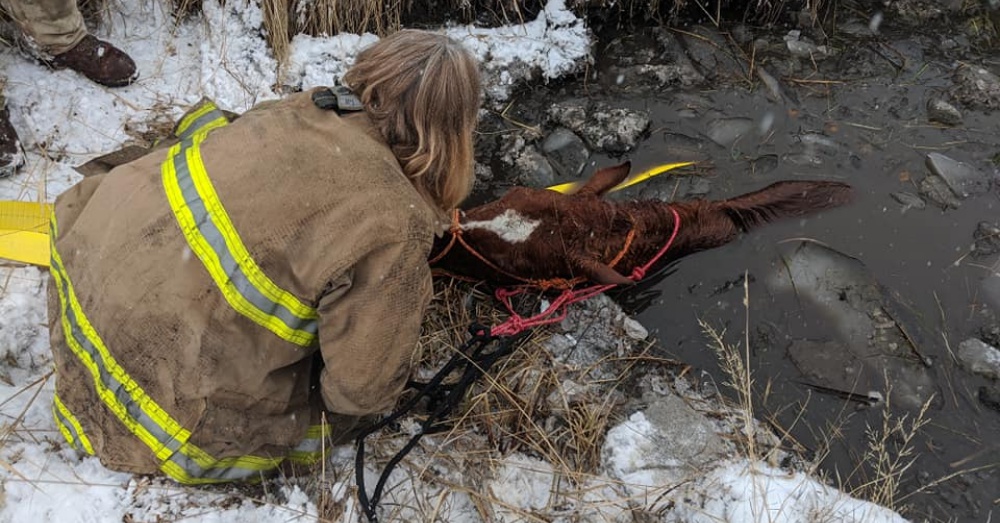 The horse named Henry means the world to his mom, Kim Hanson, and she panicked when she did not see him in the pasture. She told Daily Inter Lake, “I yelled for him, and I heard him whinny, which is not normal. He is usually the first one there eating. Then I saw him, with just his head and part of his neck out of the water. I just panicked. He is the most important thing in my life right now and I felt like I had just killed him. I just burst into tears because it would have torn me up to lose him. It was scary.” 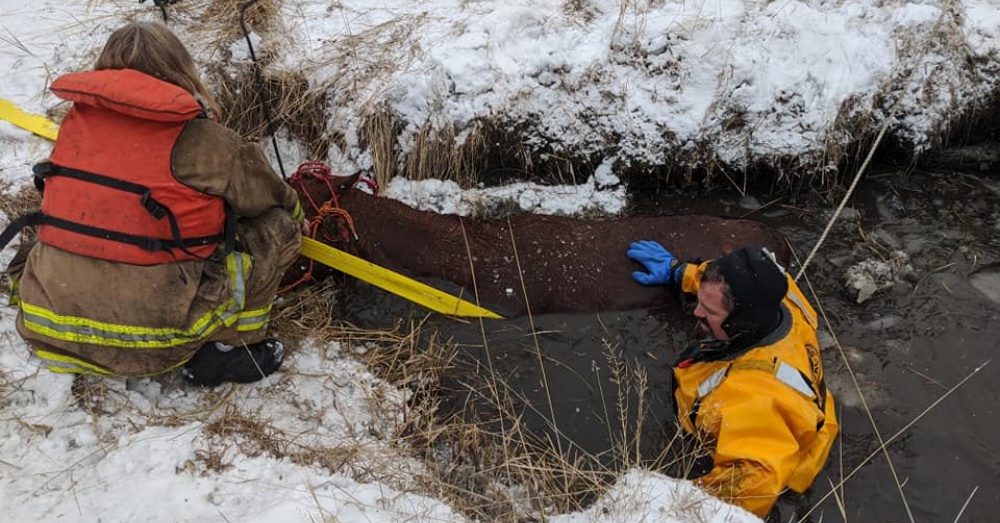 The local community came together and 20 volunteers assisted in the rescue. Marion Fire District Fire Chief Katie Mast told MTN News, “We had to break a lot of ice and some dirt to get to him and then his front legs kept kind of going under the ice, we finally got the front part of his body out and then his rear legs would go underneath the ice buildup, so we kind of had to build a bridge across and lift him straight up.” 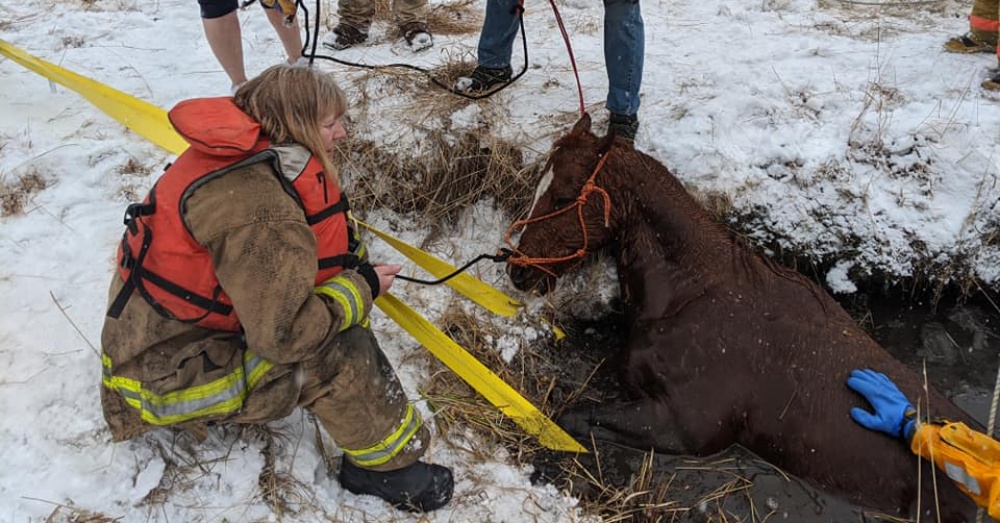 The volunteers and rescue team encouraged sweet Henry to keep fighting and reassured him that they would get him out. Nearly 7 hours after Henry fell through the ice, he was finally lifted out of the freezing water. 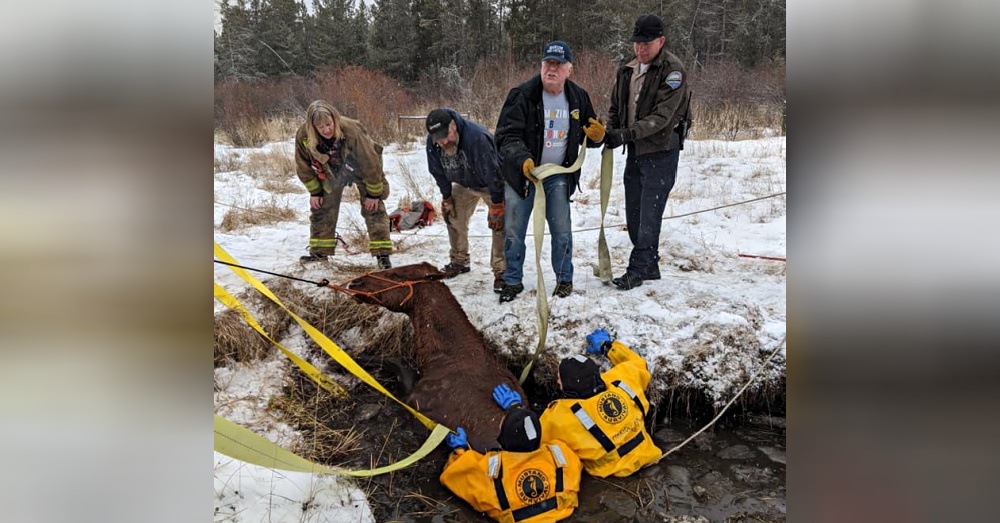 “Crews worked to free the cold, exhausted horse, eventually lifting him from the water. He was too energy spent to stand on his feet, with the help of equipment we assisted him to his feet and eventually to the back of a horse trailer,” posted Marion Fire Department. 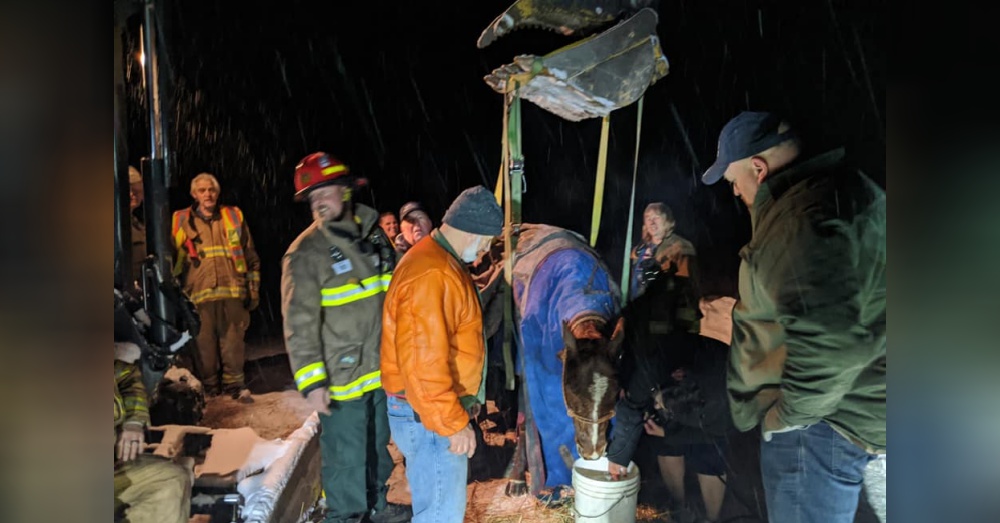 Henry suffered from severe muscle myopathy, water in his lungs, and hypothermia. At first, the vet was unsure if he would survive. However, with his mom by his side he never gave up and pulled through. Dr. Robert Genovese said, “It was nothing short of a miracle. I can’t believe we were able to get him out of there and that he survived. I can’t say that I have ever dealt with an animal before that was in this kind of condition and was able to pull through.” 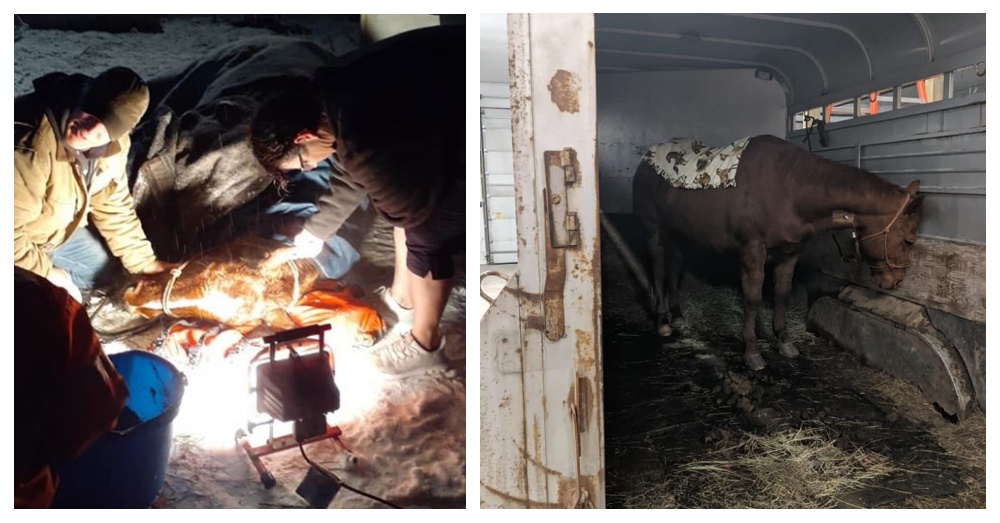 Henry is expected to make a full recovery and Hanson thanks the community for coming together to save his life.

Alabama Community Tirelessly Searches For Lost Dog And Finally Finds Her 12 Days Later: Click “Next” below!