Royal Society for the Prevention of Cruelty to Animals (RSPCA) is looking for the person responsible for callously dumping a horse on the side of the road with its legs tied together.

A passerby spotted the mare (female horse) near a gateway to a field in Twitchells Lane, Beaconsfield. The deceased horse was found on top of a pile of yard debris. RSPCA inspector Jaime Godfrey, who is investigating the case, said: “She was not microchipped so we don’t know where she has come from, or who did this to her, so we’re appealing to the public to share any information they may have about how she died and and who dumped her.” 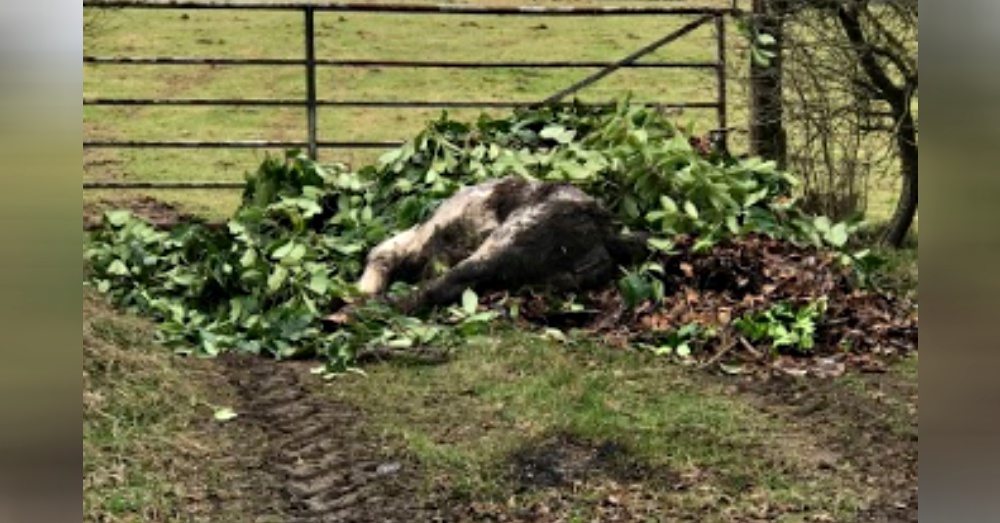 Horses typically spend two to four hours lying down each day, but it is usually broken up into smaller intervals. Horses cannot lie down for more than a couple hours at a time without serious problems. “The longer they are down, the more prone they are to reperfusion injury,” says Dr. Elysia Schaefer, an equine surgery resident at the University of Illinois College of Veterinary Medicine.

Reperfusion injury occurs when blood has been cut off to certain areas of the body for an extended period of time. When a horse is down for many hours, blood does not flow properly to their legs and organs. It is unclear how the horse found beside the road in Buckinghamshire died, but she may have struggled with her legs bound. 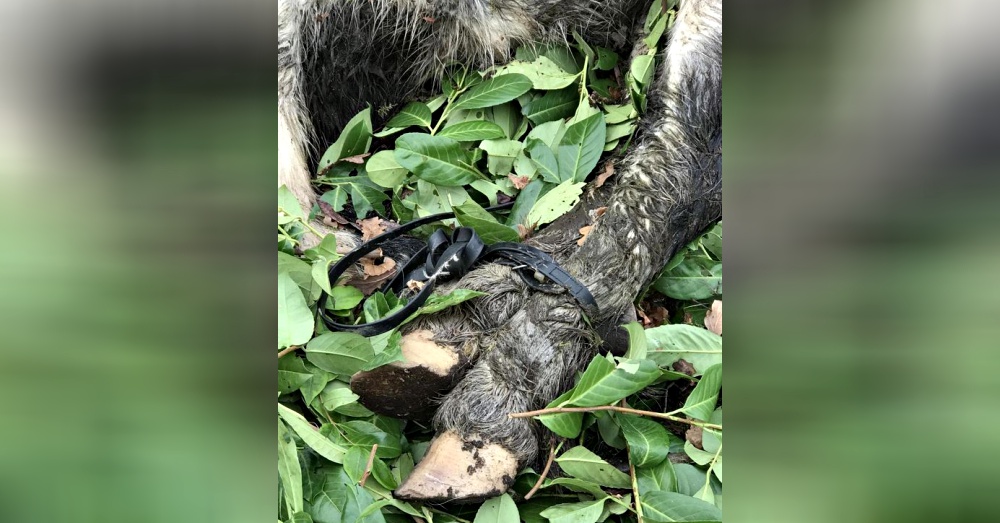 “It is very upsetting for everyone involved when animal bodies are dumped so callously like this as if they were rubbish,” stated Godfrey.

Countless horses are cruelly disposed of in this way or abandoned when they are no longer of use to their owners. RSPCA rescues roughly 90 horses each month across England and Wales as a result of the ongoing horse crisis. “Over-breeding, the high costs of vet bills, the rising cost of hay and feed and falling demand for some types of horses have all contributed to the horse crisis which has left charities like the RSPCA struggling to cope,” stated the charity in a press release.

“Sadly situations such as this one are not uncommon and we see far too many incidents involving dead horses dumped in this way.”

Breeder Who Used Razor Blades To Crop Dogs’ Ears Is Banned From Owning Animals For At Least 15 Years: Click “Next” below!