“Come on, get up! Get up!” Screamed a carriage driver as he kicked his horse in the head.

The incident was caught on video by veterinary nurse Krista Knight. Knight was walking down a street in Melbourne, Australia when she witnessed the animal being abused after collapsing on a street. In the video, Knight’s voice can be heard in the background, pleading with the driver. 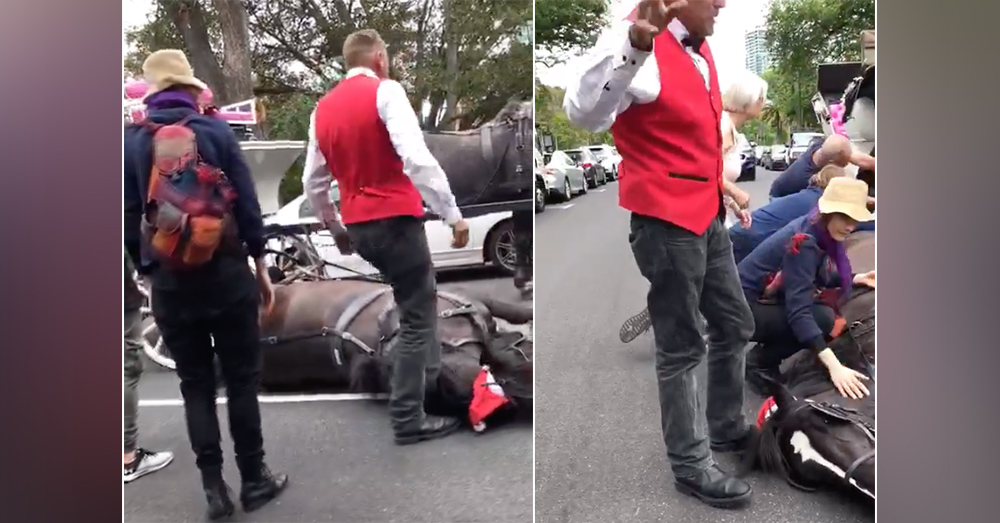 Source: Facebook/Krista Knight
The carriage driver was caught on video kicking his horse in the head.

The driver responded in frustration. 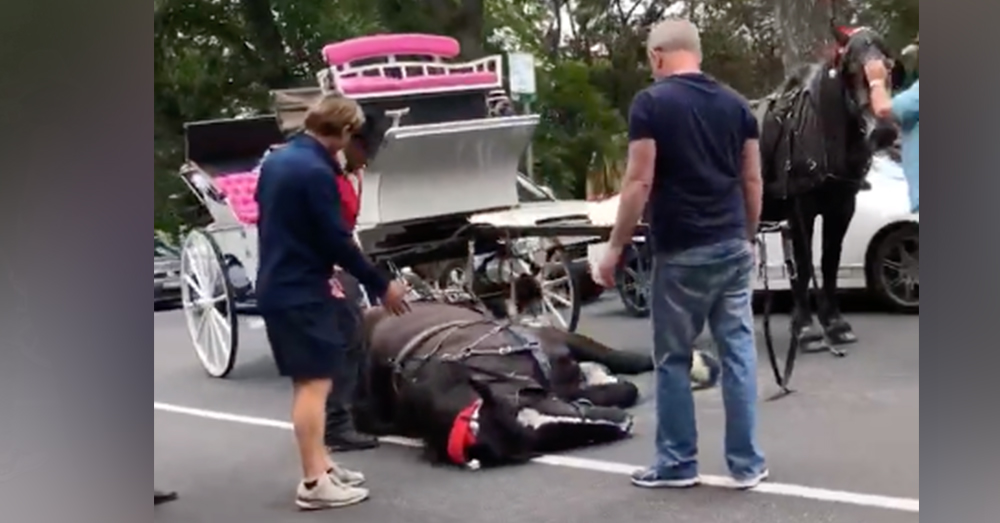 “She’s not lazy, she can’t get up,” Knight replied.

By this time, a crowd had gathered around the horse. Strangers were comforting the animal, but the driver once again told Knight to mind her own business when she suggested calling the fire department to free the horse from its harness.

“If you need help, go call the fire department, something like that, so you can actually break the chains so she can get up. That’s what she needs” Knight said. “Kicking her and doing that is not going to do anything.” 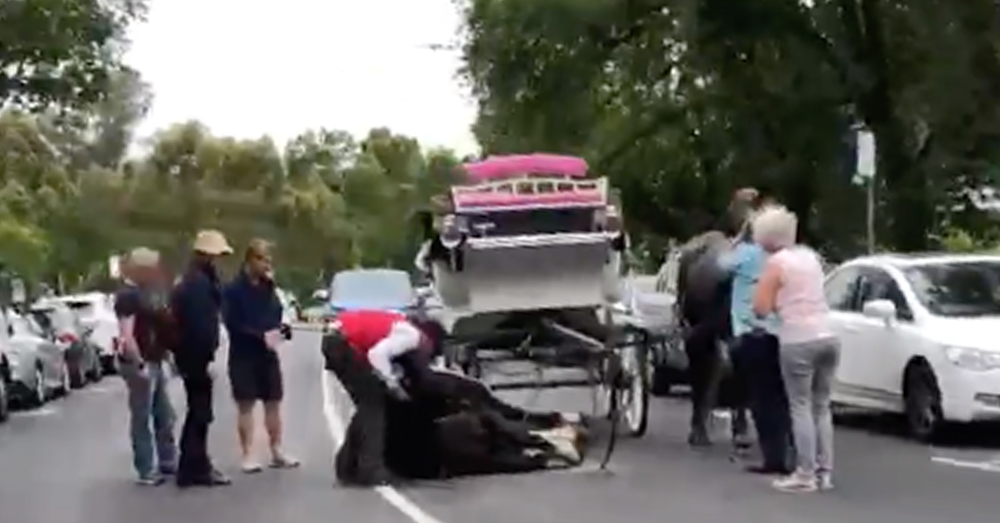 Source: Facebook/Krista Knight
The owner of the carriage company took the driver’s side after the video was posted to Facebook.

“Shut up! The more you sit here and the more you, you— shut up!” the carriage driver responded.

Later that day, after the video was posted to Facebook, the carriage company’s owner responded to the uproar, BBC, this December marks the highest temperatures ever recorded in the country.