An innocent street dog was attacked with acid. Chemical burns had wore her skin down to the muscle. It was a horrible sight to see. But what was more horrible was the pain that she was in. No one knew who attacked this sweet dog but what was known, for sure, was that she would NEVER have to face mistreatment again. NOT EVER! Her heroes would never allow that! 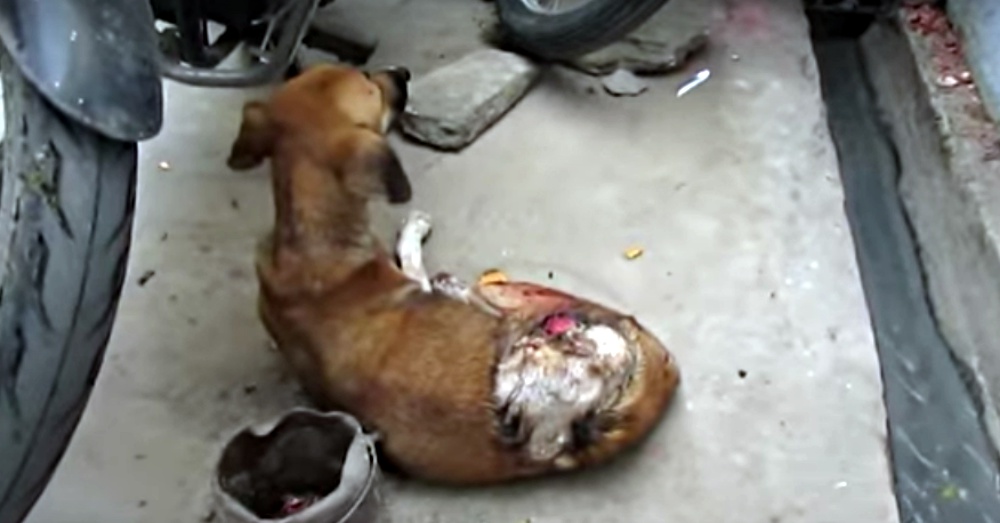 With such extreme damage to her skin, her rescuers weren’t sure how they would save her but they were still determined to do so. She was sedated and given pain meds. Then, it was time to treat her wounds.

They cleaned out any remaining acid then put antibiotic ointment on it before wrapping her wounds. By the next day, there was already some improvement. They continued with the same treatment: cleaning her wounds, putting antibiotic ointment on and wrapping them with clean bandages. It was apparent that this sweet dog knew she was being helped. She began to warm up to her rescuers. 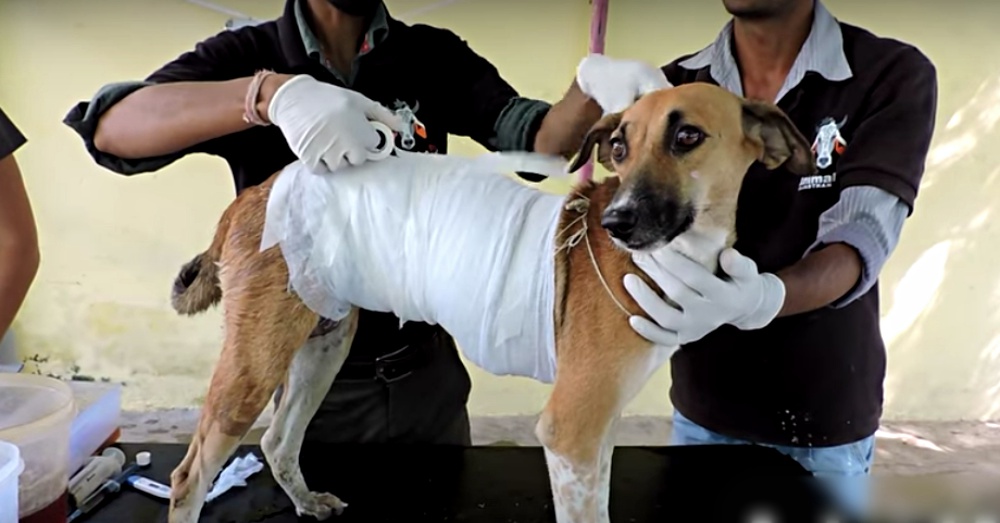 A month later, although it still looked raw and painful, the wound had come a LONG way! Her medical team, with loving hands, continued to care for her wound, using honey’s natural healing properties to help. So… they named the courageous dog Honey!

As Honey’s story progressed, so did her spirit. She was never blameful. Honey was always sweet and calm. Her forgiving nature could inspire a nation! Dogs like Honey show us that no matter how hard your fight is, it is still worth it to fight hard!

Look at Honey 6 months later! It is still unclear who did this to her; the investigation is still ongoing. 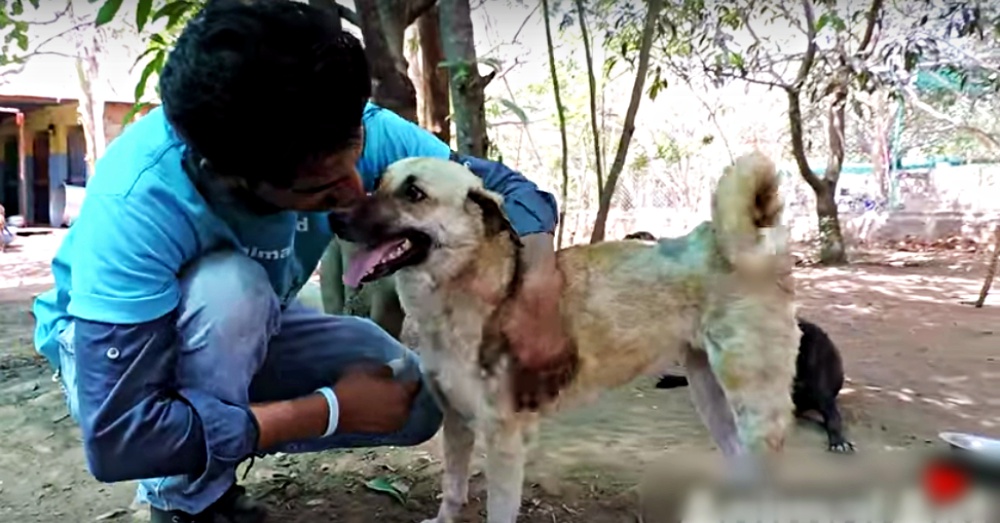 See Honey’s amazing video below! Thank you Animal Aid Unlimited for your incredible persistence to save this deserving dog!