Homeless dogs have it rough on the streets. It is no wonder that a lot of them end up developing deep fears of people. For many, they have forgotten what it was like to be loved. Or worse yet, these poor animals have never experienced the joys of having a loving family.

On the side of a freeway in Los Angeles, there was a scared little Chihuahua living in a fenced-in area. While she wasn’t in immediate danger of getting hit on the road it was still urgent to rescue her. And that is when Hope For Paws received a call from Toi Crawford, alerting them to her need. 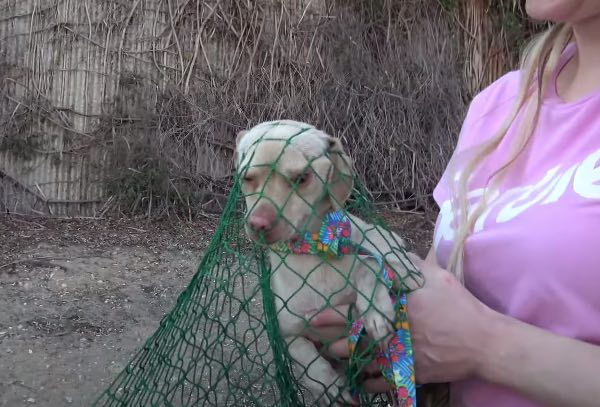 As Eldad Hagar noted, the little dog was terrified and didn’t trust her rescuers. Toi had been brining the little pooch food and water for a week, yet was also unable to make a breakthrough connecting with the animal.

Together, Eldad and Toi collaborated with another rescuer, Loreta, in order to come up with a solution to save the dog from her environment. Given that the pup wasn’t allowing people near her, the plan was to herd her using nets to a corner where she could be humanely caught. Given her small size, Eldad wasn’t hopeful that they’d manage to catch her using the humane snare. 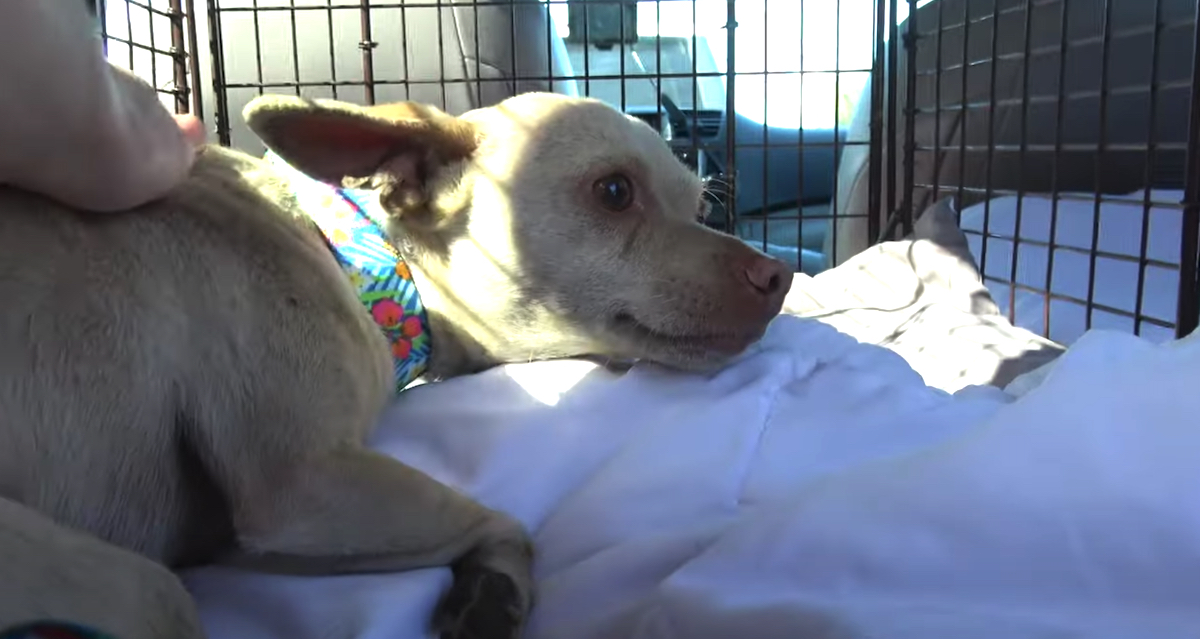 Fortunately for the trio, they had luck in their corner. Eldad managed to snag the canine’s foot long enough for Loreta to scoop her up in a net. The little dog was then named Barbie. She was placed in the safety of the car and drove her to get checked out by the vet. Besides her health screening, she was also given a bath that she desperately needed since she was riddled with fleas.

Once all this was over, Barbie was handed over to Smooch Pooch Rescue who found a foster home for her to recover in. And the results of her coming out of her shell were quite astonishing.

The power of love is an incredibly healing thing for dogs.