This Scarred Pig Was Sad And Hungry On The Side Of A Road, Until She Found Her Prince Charming

Holly is a five-year-old potbellied pig who should have been living her life peacefully. However, Laureen Bartfield noticed her on the side of a road, hungry with multiple scars. Bartfield immediately jumped into action and enticed the potbelly with food into a horse trailer, and brought her back to her farm. The next day, Bartfield called Alesja Daehnrich, the cofounder of Blind Spot Sanctuary, a North Carolina animal haven where Holly currently lives. “Her life prior to rescue must have been horrific,” Alesja told the Dodo. “She must have been straying for a while as well as her feet were cut. She had some open and infected wounds which indicated dog bites.” 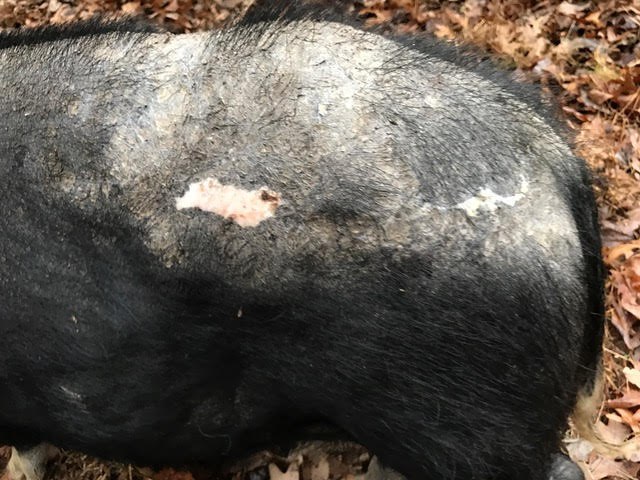 Alesja and her husband, Alex, were asked to take in and foster Holly. The couple immediately said yes and took the pig back to their sanctuary, when a unique bond formed that no one could have anticipated. “She didn’t come to me or Dr. Bartfield, but went straight for Alex, which was so unusual as pigs are hesitant with new people,” Alesja told the Dodo. “She came up to him and laid down for a belly rub. It was very strange but also melted our hearts.” After Holly’s troubled past, Alesja and Alex thought that the pig would have problems being comfortable. However, Alex and Holly seemed to be getting along quite nicely. Holly would shadow Alex everywhere he went and always gave him kisses. Holly loved him so much that when Alesja encouraged her to do something, she wouldn’t do it. But when Alex encouraged the potbelly to do the same thing, she immediately did it, no questions asked. 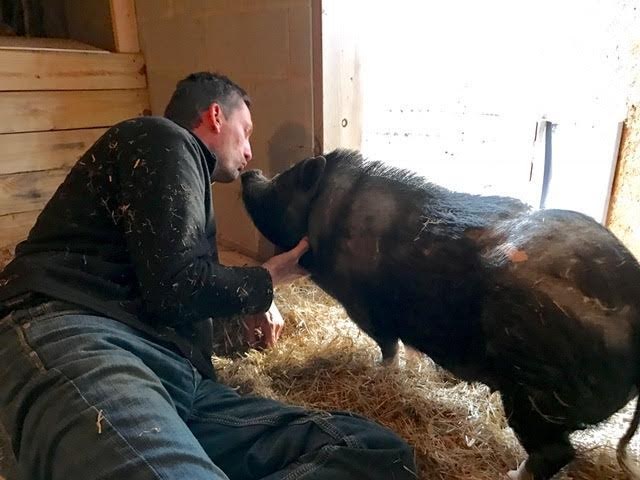 The happy couple, Alex and Holly that is, knew they could never separate. That’s why Alesja and Alex decided to make the adorable potbelly a part of their forever farm family! She now permanently lives at the sanctuary with seven other rescue pigs. “Normally, as animals recover, we try to find them a loving home, but in this case we realized Holly found her forever home,” Alesja told the Dodo. “She adores Alex so much that we could never separate them……They have a bond like I’ve never seen before.” Holly has lived at Blind Spot Sanctuary for several months now, and her health and well-being continues to improve every day! 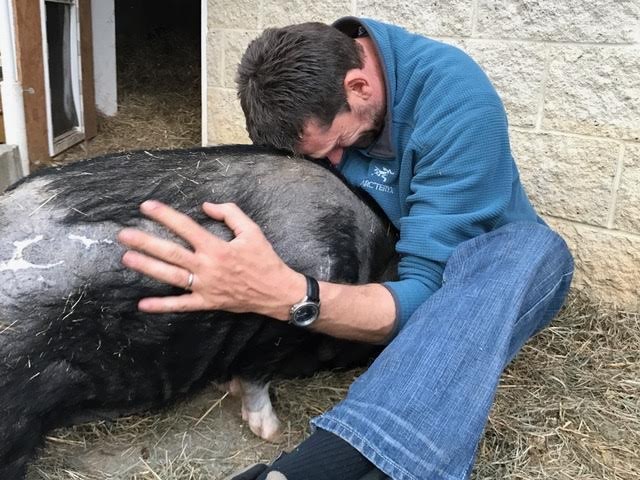