With Your Help, We Just Flew 600 Shelter Pets To Safety On A Historic Rescue Flight

On Oct. 29, a rescue flight landed in Seattle with 600 shelter pets on board, both saving lives and setting records for the largest pet rescue flight in history!

But ‘Paws Across the Pacific’ — which required months of planning and collaboration with relief agencies, rescues, and shelters in Hawaii and on the U.S. mainland – also wouldn’t be possible without Animal Rescue Site readers, who helped us fund flight expenses, showered Hawaiian shelters with critical supplies, and helped us provide hundreds of at-risk animals with forever homes in the Pacific Northwest. We couldn’t have done this without you! 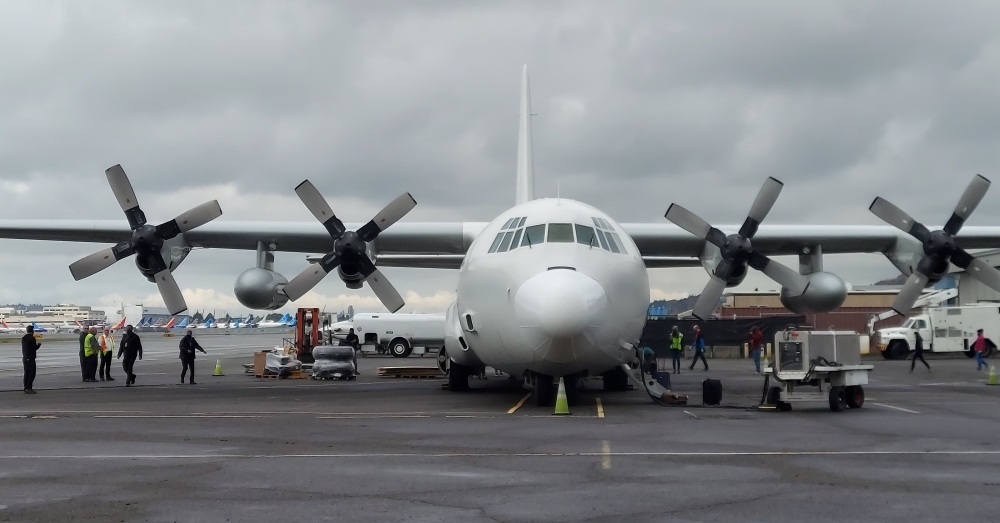 “The purpose of this flight was really to address the pandemic,” said Liz Baker, CEO of Greater Good Charities, which partnered with The Animal Rescue Site and Wings of Rescue to fly 600 animals to safety on a chartered C-130 plane. “When the pandemic hit, travel stopped,” Baker explained, recalling how we decided to organize this gargantuan rescue flight – which was conducted in coordination with FEMA, Hawaii Emergency Management, USDA, and the Hawaii Veterinarian’s Association — after Covid’s disruption of tourism and air transport sparked an islands-wide shelter crisis. 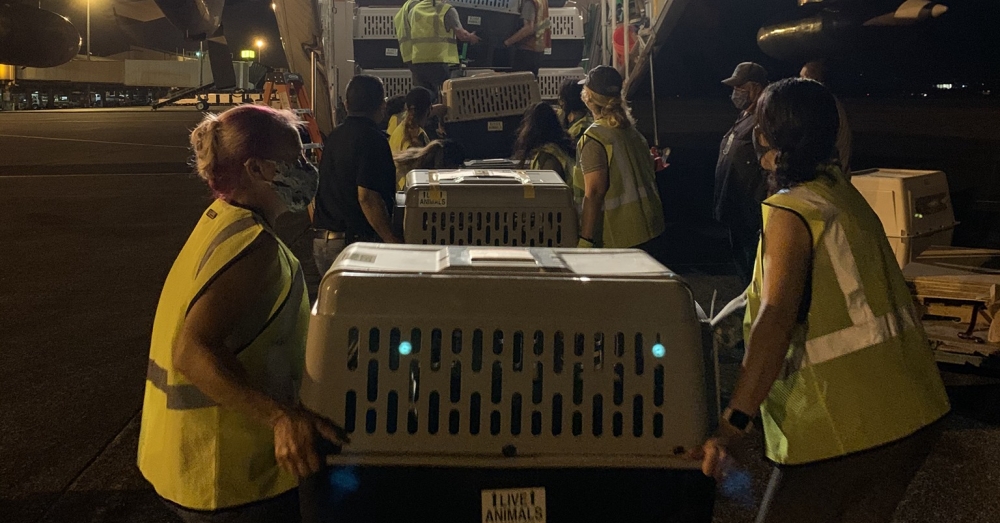 Of course, conducting disaster relief on such a massive scale amid a global pandemic doesn’t come without challenges, but this gargantuan effort paid off when we welcomed 600 Hawaiian shelter pets to Seattle’s Boeing field on Oct. 29. “It was complicated, but we did it,” said Baker, noting that Paws Across the Pacific was made possible with crucial support from our sponsors, partners, and Animal Rescue Site readers. In addition to helping us pay for the flight, your generous donations helped us provide Hawaiian shelters with hundreds of pounds of pet food and supplies! 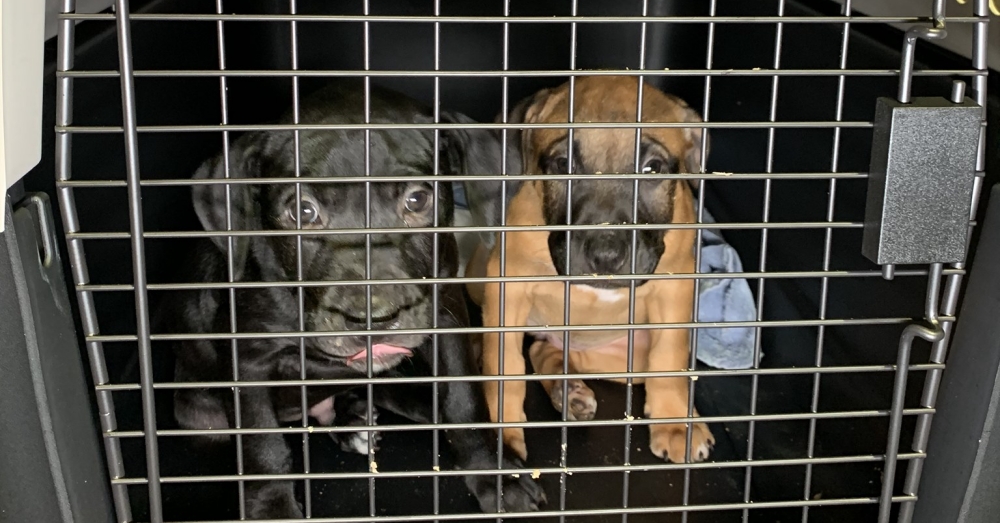 Of course, this rescue flight was also made possible through the tireless efforts of volunteers, who worked throughout the night to load all 600 pet passengers onto the Hercules C-130, which departed from Hilo with rescued dogs and cats from several Hawaiian islands. When ‘Paws Across the Pacific’ landed in Seattle, the plane was met by another group of equally committed workers who banded together to quickly offload the four-legged travelers. 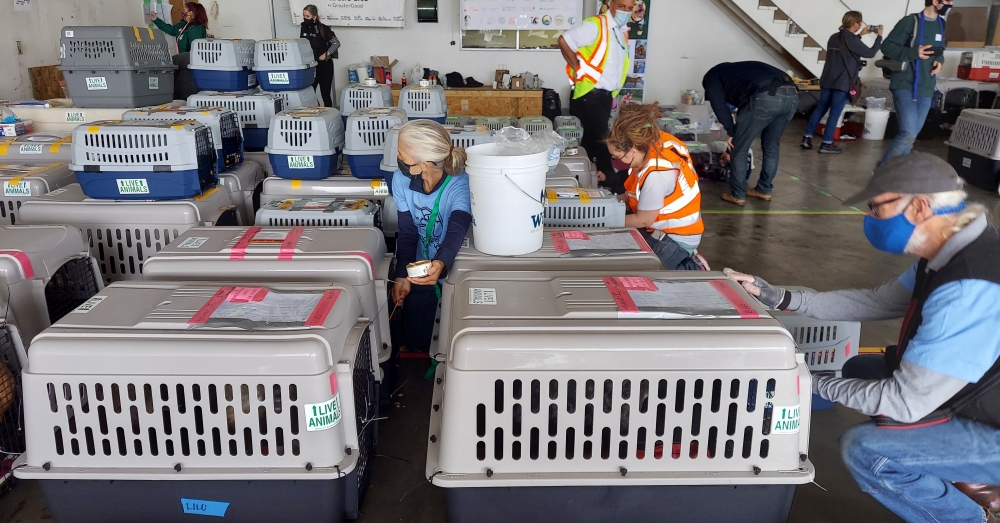 Jess Reed, Chief of Shelter Medicine for Seattle Humane — which will be taking 30 Hawaiian pets back to their shelter — was one of many rescuers waiting to meet the plane when it landed in Seattle. Reed also converted her shelter’s mobile adoption unit into a traveling veterinary clinic to assist any animals in need of medical attention. “We’re prepared for hypoglycemic, low blood sugar kittens or puppies, or animals that might be a little dehydrated or stressed,” said Reed, who stocked the mobile clinic with fluids, snacks, blankets, sedatives, and medical supplies, just in case. 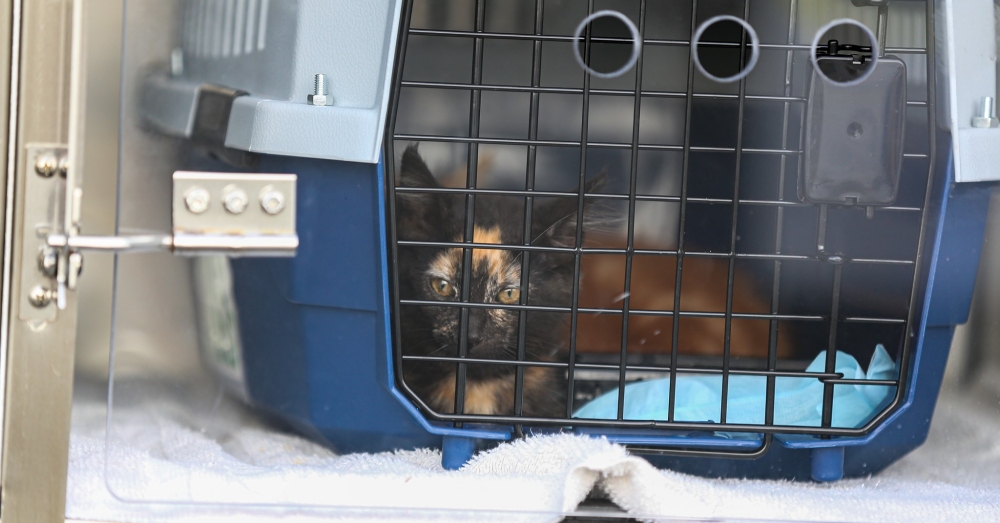 Fortunately, all of the shelter pets also turned out to be excellent fliers, according to Aleisha Swartz, DVM, the veterinarian who flew with them on plane. “They’re doing remarkably well,” said Swartz, who — as president of the Hawaii Veterinary Medical Association — also helped shelters prepare their animals for the upcoming journey. “Anybody who’s ever taken a red eye flight knows it’s kind of exhausting, it’s a little tiring,” said Swartz, who joked that the animals coped with the overnight flight better than some human travelers. “They’re just like us, they wanted a snack when they got here, but they’re doing amazingly well,” she said. “Everybody seems to have had a fantastic journey.” 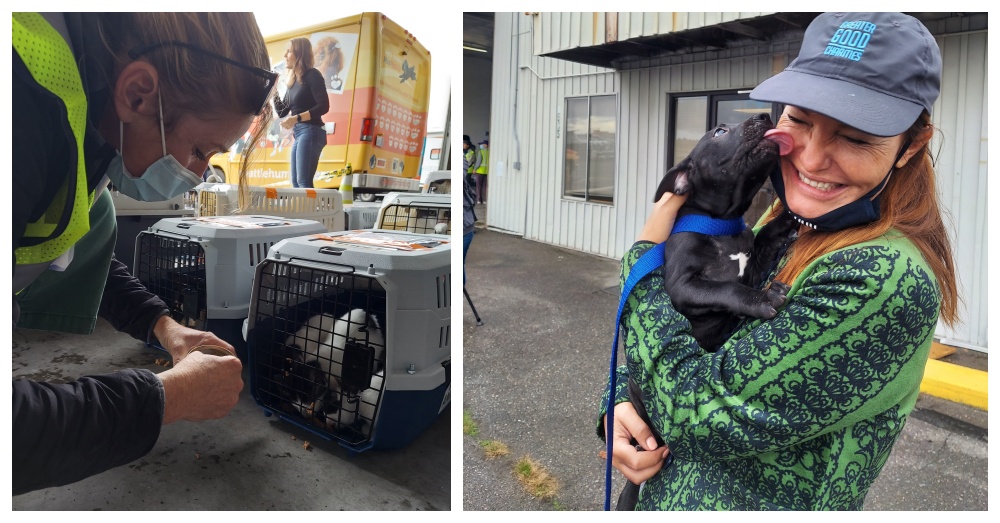 From here, the Hawaiian animals will be distributed to shelters around the Pacific Northwest and B.C., where demand for adoption is soaring. For example, all 30 animals going to Seattle Humane will likely be adopted in days, according to Seattle Humane’s Jess Reed. “After this long day of travel these pets are going to need rest and a warm comfy place to settle down and recuperate after the journey,” said Reed, whose shelter will give each animal a comprehensive health exam, vaccines, and spay/neuter surgery prior to adoption. But it won’t be long before these loving animals get to go to new homes. “They will probably all be adopted in 3- or 4- days max,” she predicted. “We have people who are waiting for healthy young perfect animals, so they are ready to snatch them up.”

Learn more about this historic flight in the video below!