Baby Hippo Is Reunited With Her Parents After 6 Months Apart

17-Year-Old Bibi the hippo gave birth to the first Nile hippo born at the Cincinnati Zoo & Botanical Garden in 75 years.

But the baby was born over a month early, so she was under special care since she was so premature. The vet and nursery staff gave her critical care and hand-fed her since she was unable to stand to nurse from her mom. 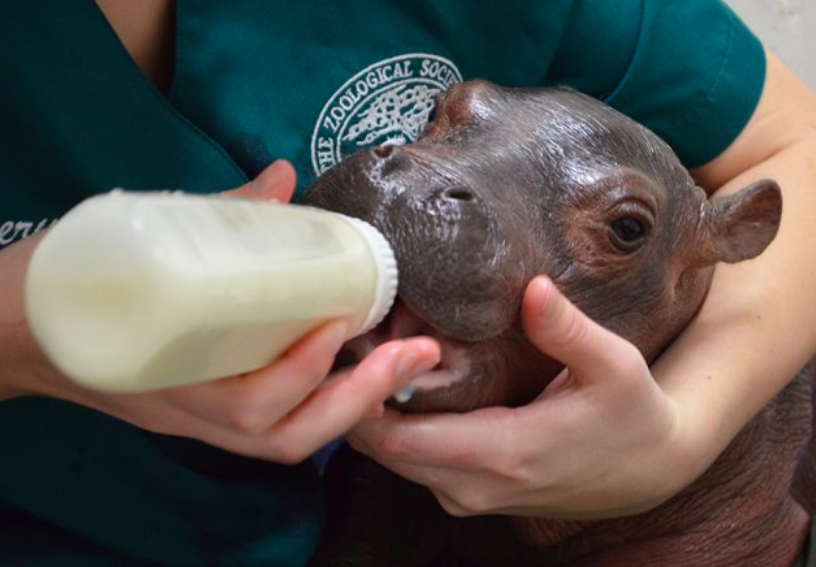 The premature hippo weighed just 29 pounds when she was born, which is extremely below the average 50-120 pounds for this species. Now nearly six months later, the hippo, now named Fiona, was finally strong enough to reunite with her mother Bibi and 35-year-old father, Henry. 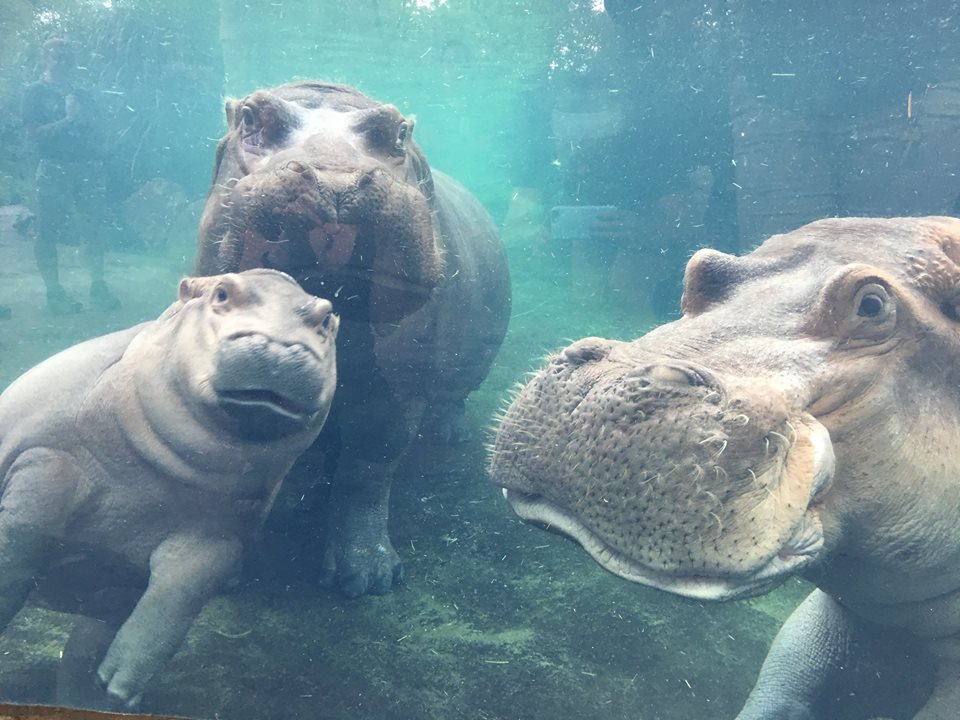 The staff put Fiona in with her parents and let them reintroduce themselves for about an hour. The mom was very protective of Fiona but tried to teach the dad how to interact with the baby. Fiona was extremely happy to be back with her parents and climbed all over them. She swam around with them and will now have her parents to teach her how to be a hippo. 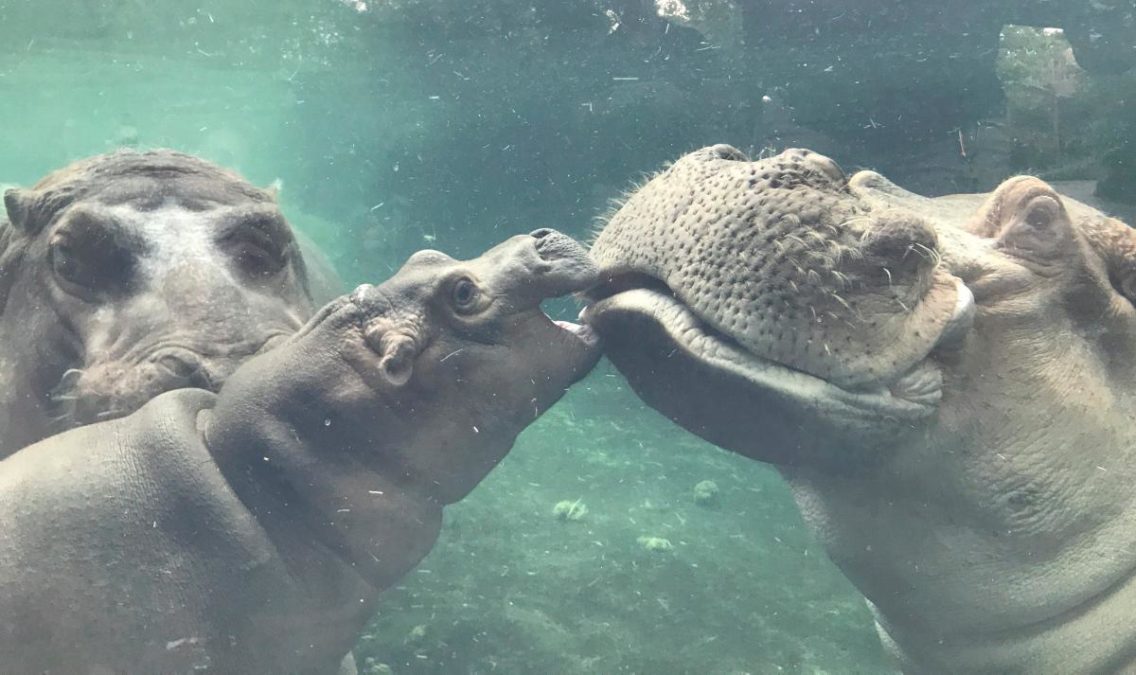 The Cincinnati Zoo posted a photo of the reunion on Facebook:

Family reunion! We’ve never been more excited about a post! BiFi (the power duo name that’s being used for Bibi and Fiona) was joined by Henry this morning for the first time. The three were introduced in Hippo Cove’s outdoor pool before the Zoo opened, supervised by their care team. The short introduction went well. Bibi intervened when Henry got too close to Fiona, which was exactly what we were hoping to see. Introductions will continue. There is still no set schedule for when Fiona will be out. When she is out, she has access to go inside, so visitors may or may not see her. Please be understanding if you visit the Zoo and Hippo Cove is closed off as the family needs time to get used to each other in the outdoor pool.

Watch the adorable first meeting of this hippo family for yourself in the video below: