Police are trained to encounter almost any situation, but we’re guessing dealing with dogs flung from bridges probably isn’t in the training manual. Even so, one officer didn’t hesitate to pull over and help when he saw a frightened dog falling from a a highway overpass in Charlottesville, Virginia.

“The officer saw Wilbur falling from the bridge legs first, possibly having been dropped,” Charlottesville-Albemarle SPCA (CASPCA) wrote on Facebook, recalling how the officer immediately pulled to rescue the critically injured pup and rush him to the nearest animal hospital. “He was kept comfortable overnight, and in the morning transferred to the Charlottesville-Albemarle SPCA and named Wilbur,” they explained. 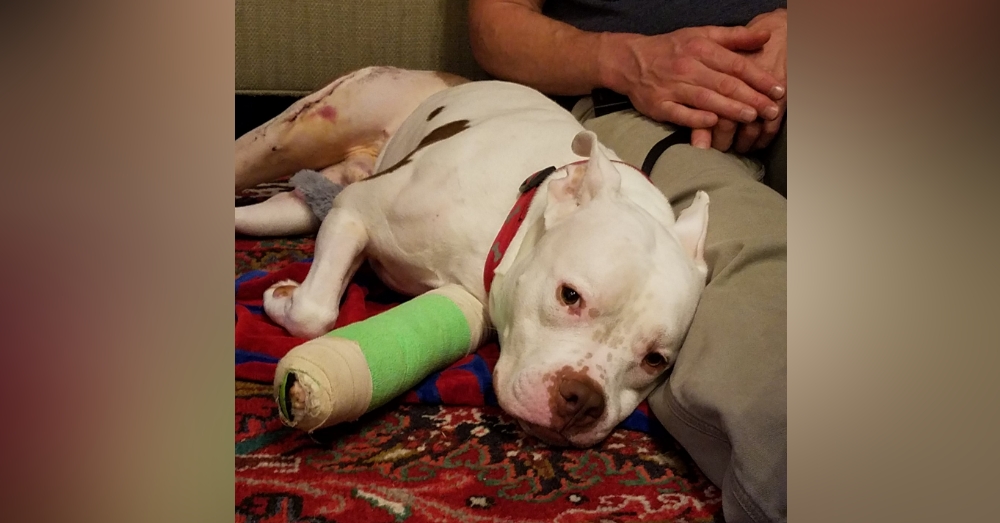 But even though Wilbur survived his fall, the rescued pup didn’t escape this terrifying ordeal unscathed. “Wilbur has severe trauma consistent with falling and landing right hindlimb first from a high location,” shelter workers wrote. In addition to his broken femur, the dog is suffering from a shattered wrist, broken teeth, bruising, abrasions, head trauma, and splintered bones that even punctured the dog’s skin. 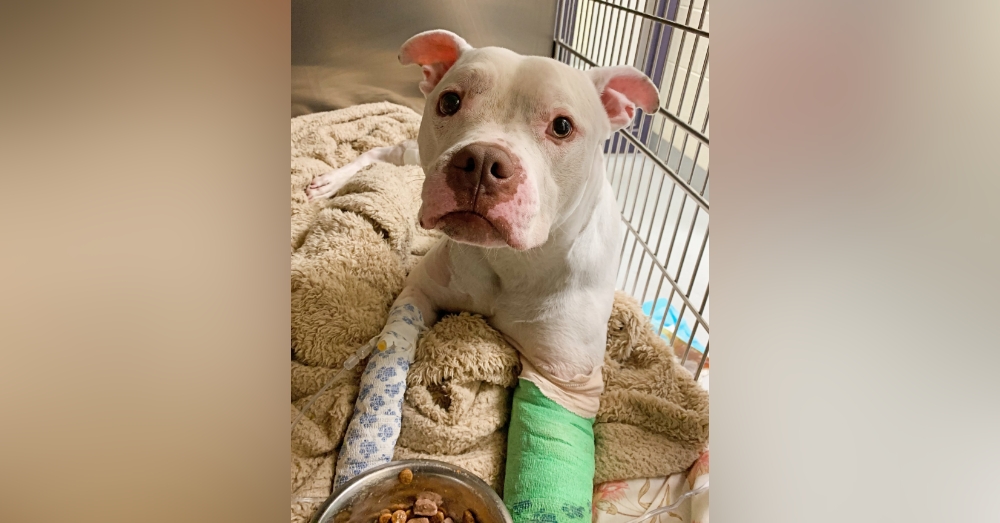 But despite this litany of injuries, which were likely caused by someone he trusted, Wilbur has proven to be a kind and loving dog. “Despite everything he has been through, Wilbur has been consistently sweet and gentle with everyone he meets,” shelter workers gushed. “He has quickly become a favorite at the SPCA while recovering in Critical Care.” 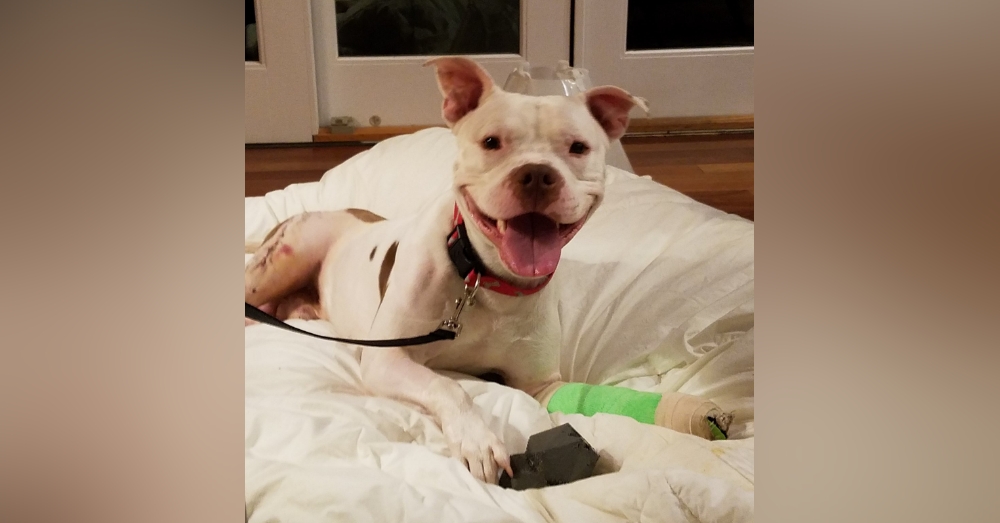 The shelter quickly raised $4,000 to operate on Wilbur’s broken femur, and the pup’s first operation has gone well. Not only is Wilbur doing great after surgery, he’s also recovering in foster care with the officer who saved his life!

You can find out more about Wilbur’s progress by following Charlottesville Albemarle Society for the Prevention of Cruelty of Animals on Facebook.