Can You Spot The Snow Leopard In This Photo?

A snow leopard’s spotted coat blends in perfectly with the rocky mountains of Central Asia. Their ability to camouflage into the terrain allows them to stalk their prey without being recognized and makes them nearly invisible to the human eye.

Saurabh Desai, a wildlife photographer, was thrilled when he captured a snow leopard in the Spiti Valley of Northern India. He posted the photo with the caption, “Art of camouflage…”, but at first glance it just appeared to be a rocky cliff with some snow. Snow leopards, called “Shan” in the region, are known to be elusive. However, this big cat was hiding in plain sight with many internet users unable to spot him.

Can you spot him? 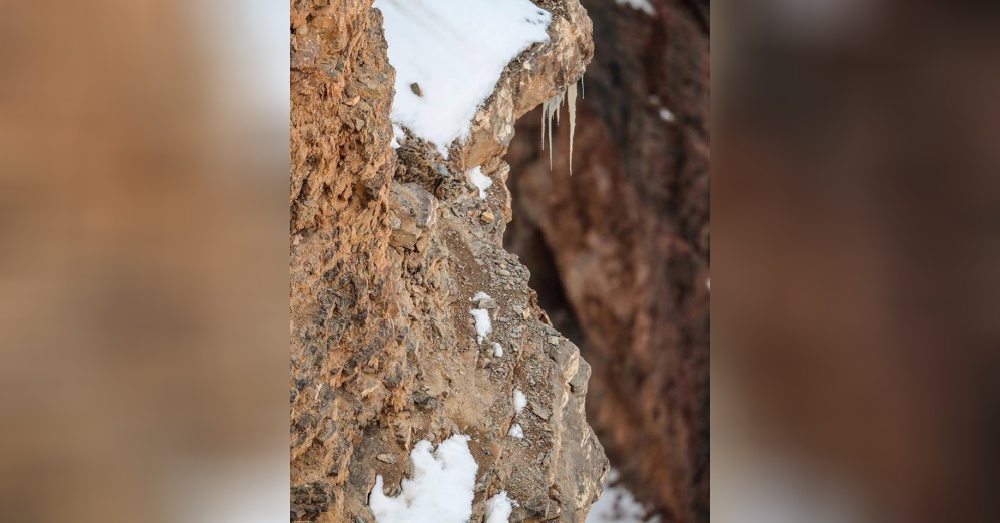 Desai told The Dodo, “I wanted this animal to be captured the way people have described it. They say that often they don’t see the ‘Shan’ but ‘Shan’ always sees them.”

If you were not able to see him, keep scrolling down. This is not an optical illusion, but nature at its best. 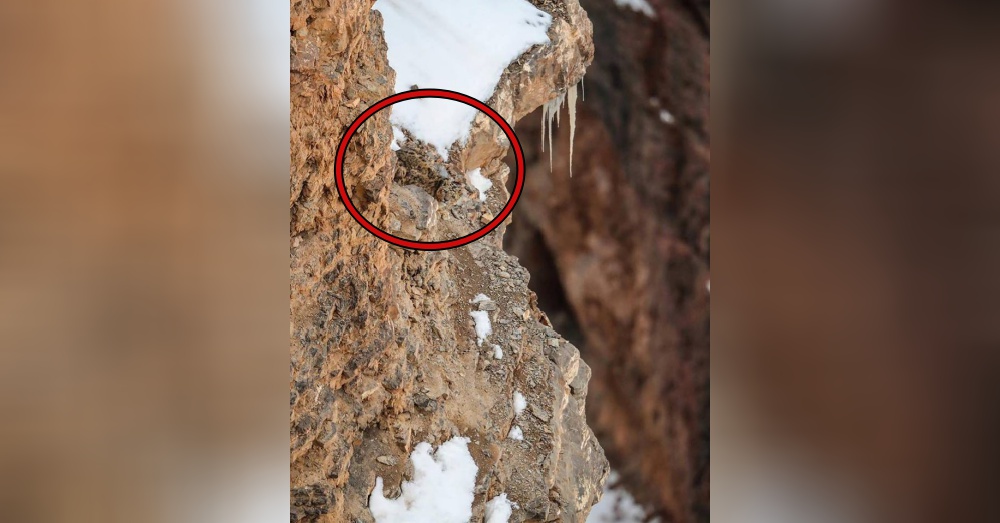 Desai posted other photos he captured of the striking snow leopards and posted, “Walking through snow deserts in search of the ‘Grey Ghost’ was one of those toughest wildlife experiences, but its worth when at home you sunk back in a chair with a coffee staring at the picture of a Snow Leopard on the wall…” 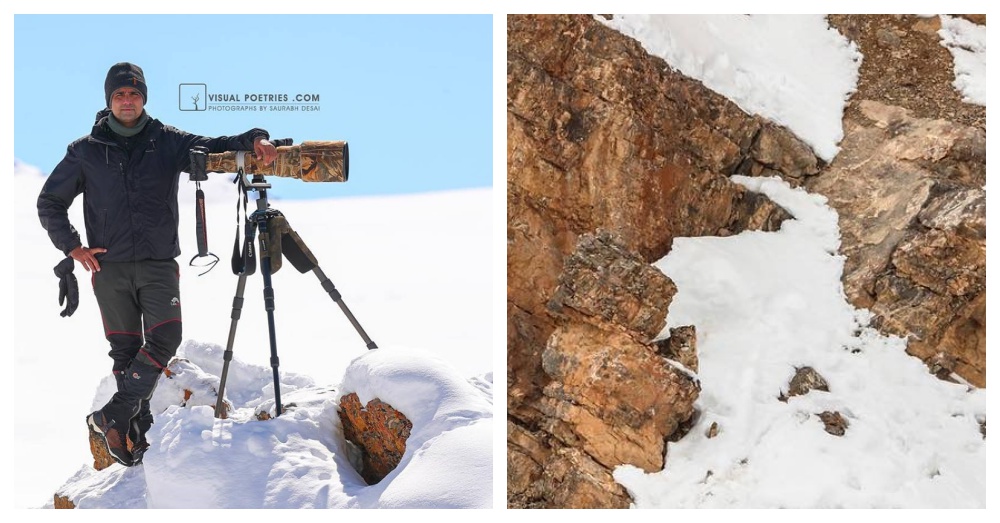 Animals are so fascinating and we are lucky to be able to observe them in the wild. Don’t forget to share this and see if your family and friends spot the ‘Grey Ghost’.