On July 2, 2016, a German Shepherd mix named Hershey was frightened by fireworks and ran away from his family’s Swan Creek Township home in Michigan.

He was seen wandering the area a few times, but no one was ever able to catch him. Then for the past six months, he was nowhere to be seen. His family started to assume the worst. 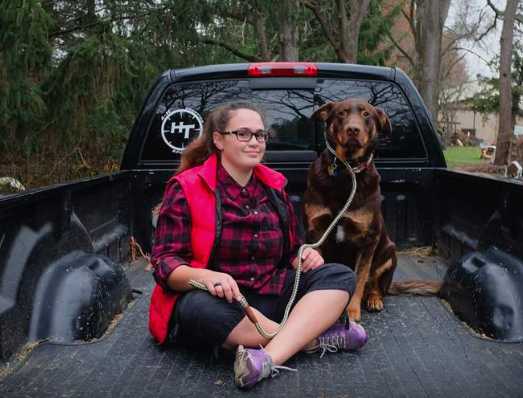 His 16-year-old owner, Jessica Mitchell, assumed someone had taken him in and didn’t know a family was looking for him.

Then one day, a woman named Tammy Rodriguez saw Hershey walking along the railroad tracks in Samaria and assumed that he was a stray that had been dumped a while ago. She put food out for him, and Hershey kept returning each day for more food. 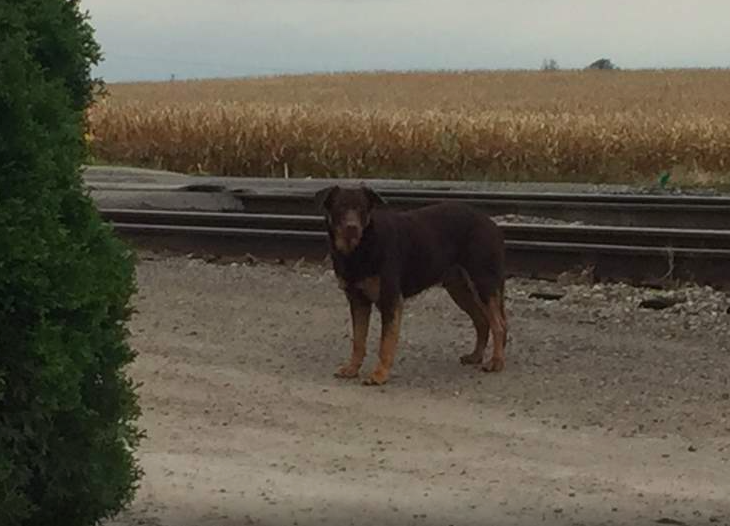 Rodriguez knew getting this dog would be a challenge, so she turned to the Devoted Barn rescue for help. They specialize in capturing feral dogs that are hard to get ahold of. Rodriguez was able to get him in her fenced yard and then eventually lure him into her garage with food.

Hershey spent the next few days staying at the Devoted Barn. It must’ve been so tiring fending for himself on the streets for so long, but now he could finally relax. 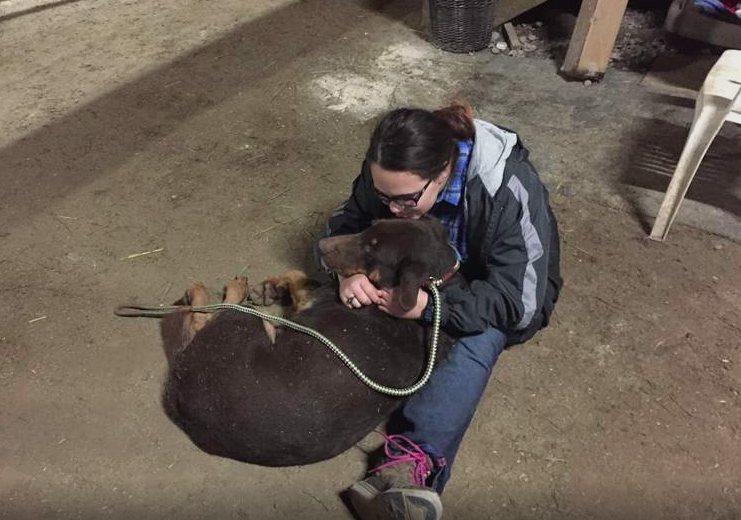 Rodriguez learned on social media that the dog she found actually belonged to a family who had been desperately searching for him for the past year and a half. Jessica’s mother, Dawn, drove to the rescue to confirm that Hershey was her dog.

“It was him,” Dawn told The Blade. “It took him about three seconds for him to process my scent and recognize me. I spent a couple hours just sitting with him. He crawled in my lap and every time I stopped petting him he’d reach up with a paw and pull my hand back to his belly.” 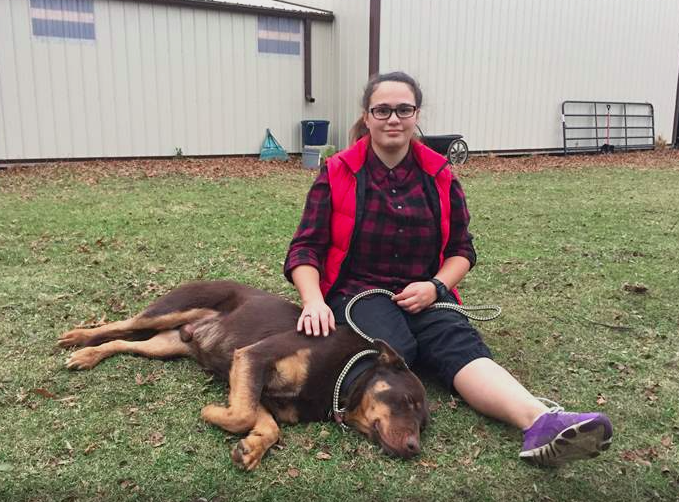 Once Dawn brought Hershey home, he was finally able to reunite with his human, Jessica. A teary-eyed Jessica held Hershey tight and repeated told him that she loved him.

Thankfully, Hershey was given a clean bill of health. He has settled back into his home rather quickly; it’s like he never left! 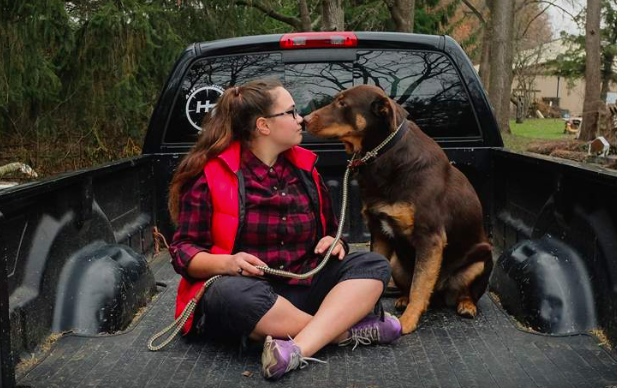 It’s unknown exactly where Hershey had been the past year and a half or what he was doing, but what matters most is that he’s now safe and back with his loving family!