Justin Rollins was a 22-year-old soldier in the 82nd Airborne Division Paratroopers. When he was stationed in Samarra, Iraq, he befriended a group of stray puppies and sent photos of them back to his family. Over time, they began to fall in love with the dogs just as Rollins had.

Sadly, Rollins was killed unexpectedly by a roadside bomb, leaving his family to mourn his loss. But the day before, he had posed for pictures with the dogs. One of those pictures was sent to his mom back at home in the United States, and it held a special place in her heart. 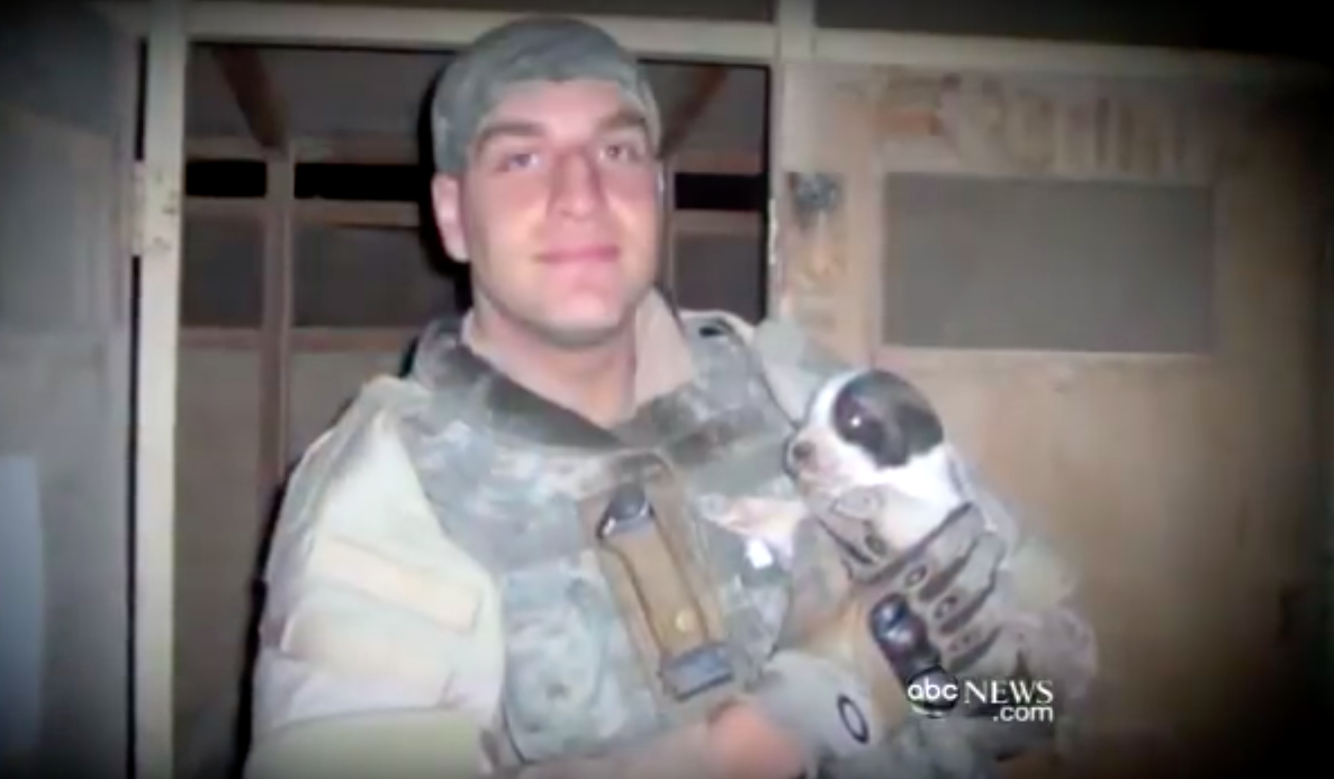 After Rollins died, his mother searched endlessly for the dog that her son was holding in that photo. She finally found the dog and adopted him. That dog was the last known living thing that Rollins had touched before he was killed, so being with the dog made his mother feel a certain connection to her son. Rollins’ family named the dog Hero and treated it like a member of the family. 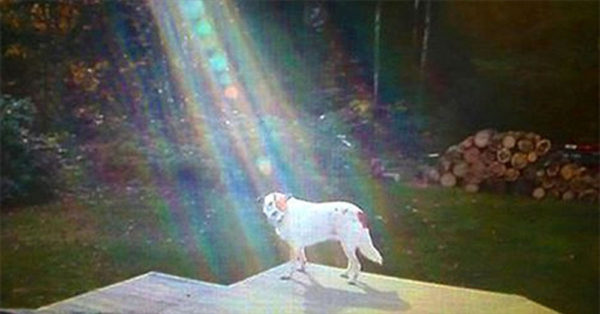 One cloudy day, a news crew was at the Rollins residence filming an interview with them. But then something happened that sent chills down everyone’s spines. In a photo of Hero, a ray of light shone down on him. The beautiful multicolored ray looked like something straight from the heavens themselves.

The family believes this was a sign from their son, letting them know that he’s watching over Hero and his family. What a great way to send a message to your grieving family!

We know Hero will be well-loved until the end of his days. May the family find peace in their grief, and may Justin Rollins rest in peace.