For 10 Years, The Rescue Dogs Of 9/11 Didn’t Get The Recognition They Deserved. But This Moving Ceremony Changed That

The search and rescue dogs of 9/11 didn’t ask for rewards. They searched the rubble of Ground Zero tirelessly for weeks, saving hundreds of lives.

The rescue dogs didn’t think twice about risking their lives to search for survivors and never expected recognition, but they certainly deserved it. 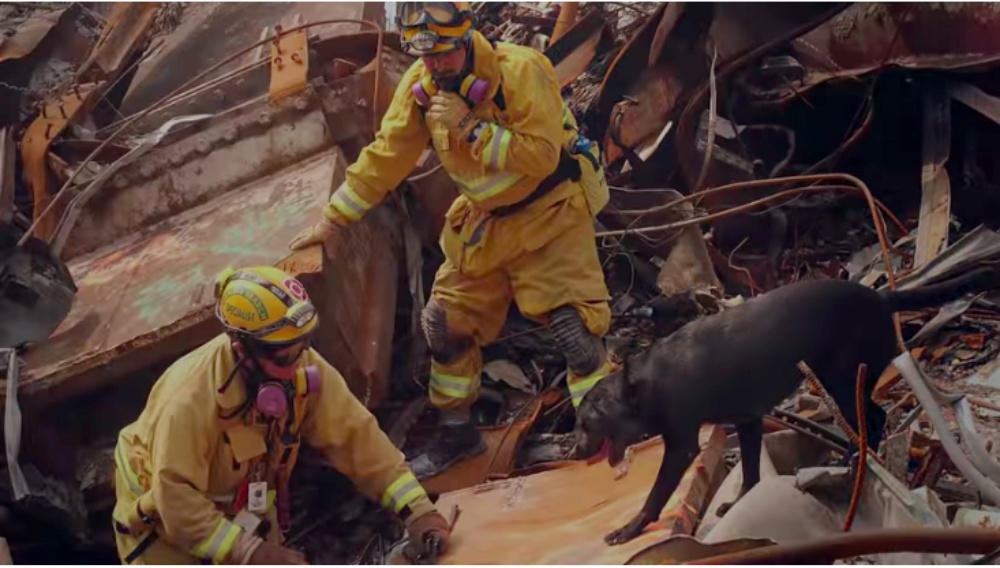 Ten years after the World Trade Center attack, the search and rescue dog community came together to honor these fearless canines with a ceremony at Liberty Park in New York City.

It all started with an idea suggested by a supporter of Tails of Hope Foundation. When the nonprofit realized that nothing had been done to officially thank the rescue dogs, they jumped at the opportunity to organize a grand ceremony in their honor.

Linda Blick, with Tails of Hope Foundation, recalled the moment the parade began. “There were 100 American flags lining Liberty Way. The Statue of Liberty and Ellis Island bearing witness. The wind came up and the flags were flying so proudly straight out.” 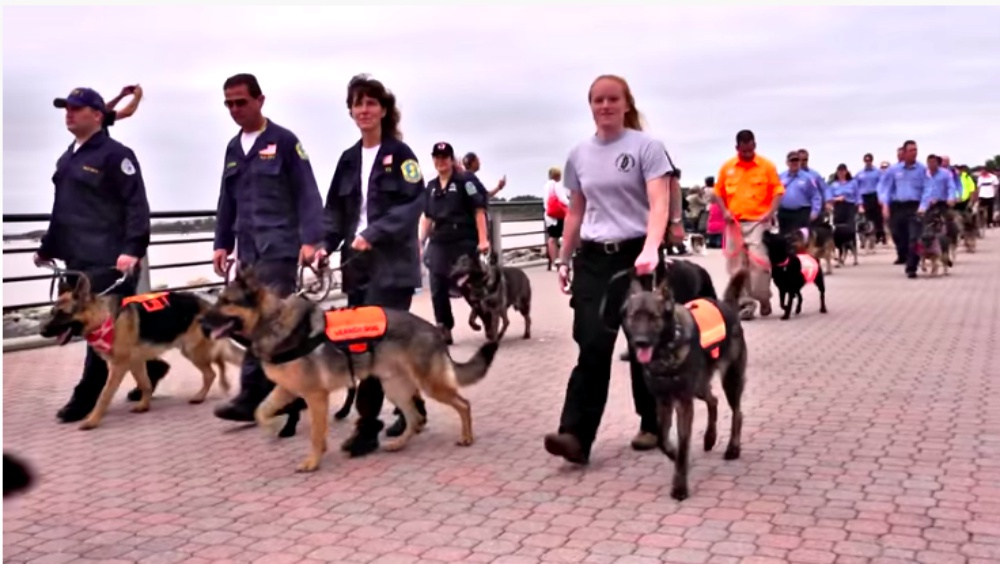 Since many of the hero dogs had passed away from old age, search and rescue dogs and handlers from around the country showed up to pay tribute by marching in their place.

The late rescue dogs were there in spirit and in photos that were carried by handlers. 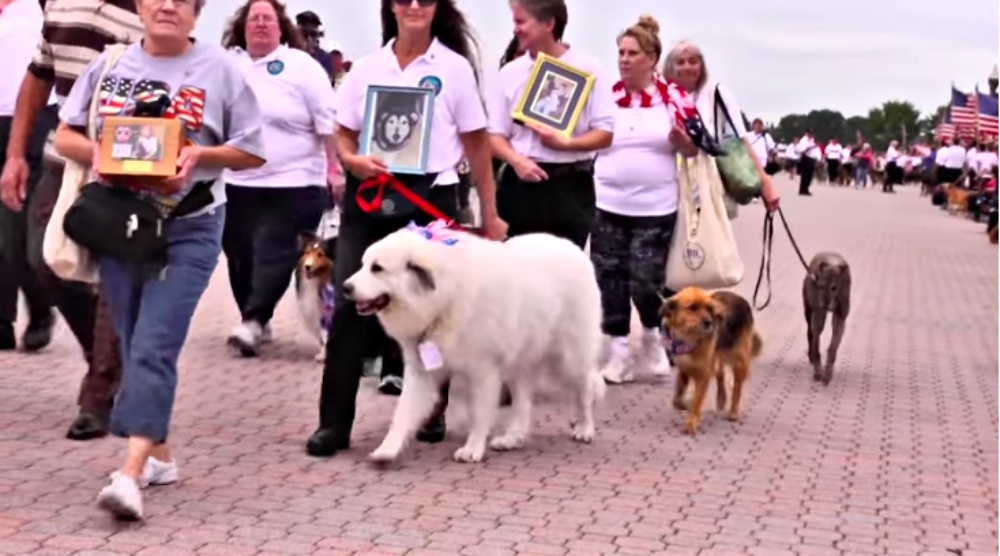 Something unplanned occurred during the parade and Blick with tears in her eyes said, “It was actually a moment that I will never forget in my entire life.”

The families returning from Ground Zero for their solemn ceremony met up and merged with the parade. 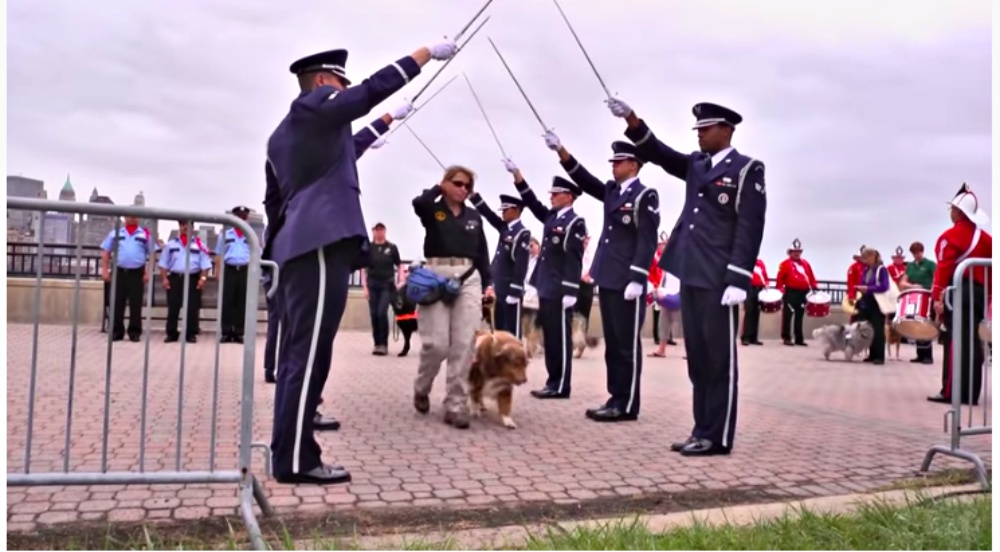 There wasn’t a dry eye as the last remaining dogs that worked at Ground Zero walked under the “Arch of Honor”.

Their efforts will never be forgotten.

2021 is the 20th anniversary of the 9/11 attack. Let’s take a moment to remember all those brave search and rescue dogs and people. 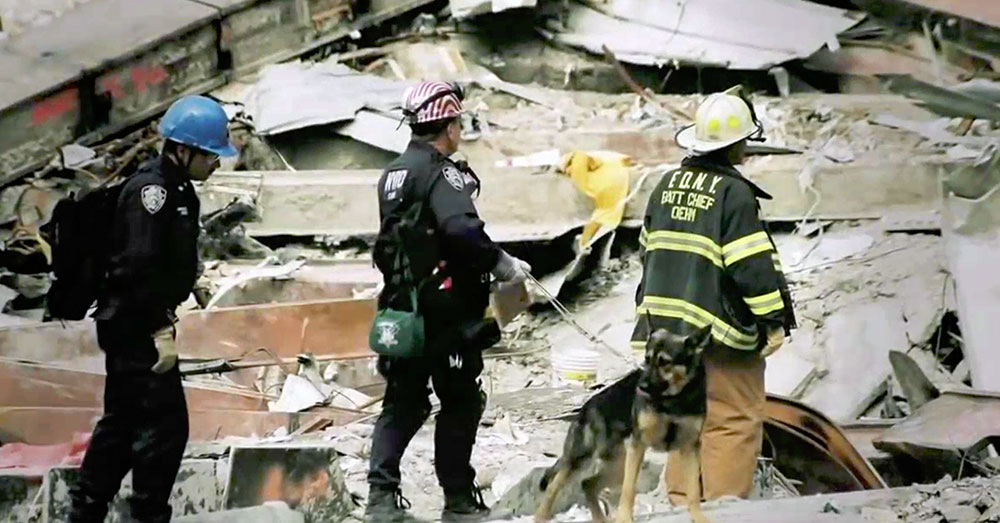 Source: YouTube/Dog Files
Not all thge heroes of 9/11 wore uniforms. Some of them wore collars.

Watch the moving parade that paid them tribute in the video below.