In These Epic War Stories, Hero Is A 3-Letter Word

We have heard a great deal about the heroism of our military over the years and each story moves us with pride and feelings of deep respect. But this piece is going to be about some of the heroic dogs who have served alongside our warriors over the last 100 years.

Their stories are full of courage, grace and tenacity under fire and of their loyalty to their warrior partners.

The first hero dog would seem an unlikely candidate for a war story, but this short brindle bull terrier was one of the bravest characters serving on the Western Front. He stood alongside the 102nd Infantry of the American Expeditionary Forces, 26th “Yankee” Division, made up of men mostly from the New England area. 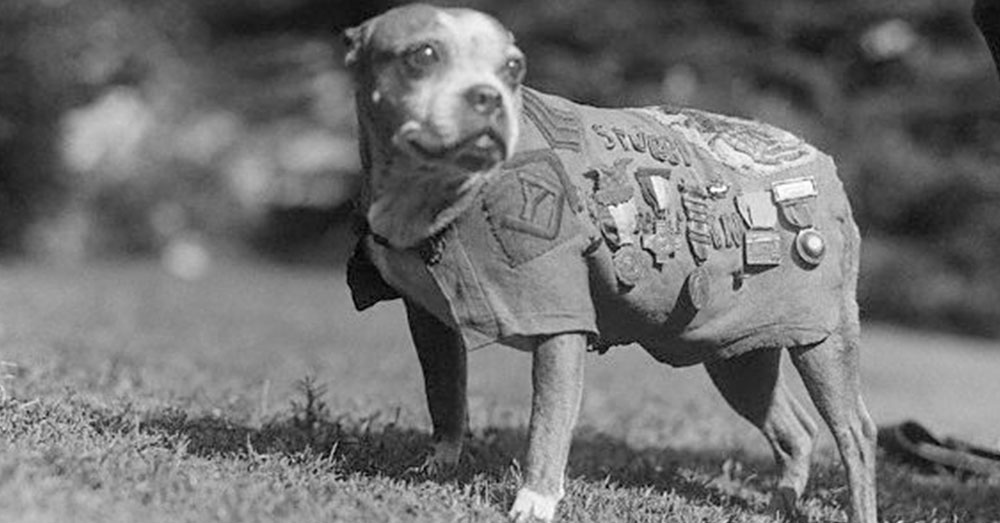 His name was “Sgt. Stubby” and despite his short stature, be was possessed of a bullish character when needed. He was excellent at sniffing out poison gas attacks and barking furiously to the doughboys in the trenches to warn them. It is even reported that he took a big role in the capture of a German soldier. But he could also bring a gentleness to the wounded, comforting them even as battles were going on around them. 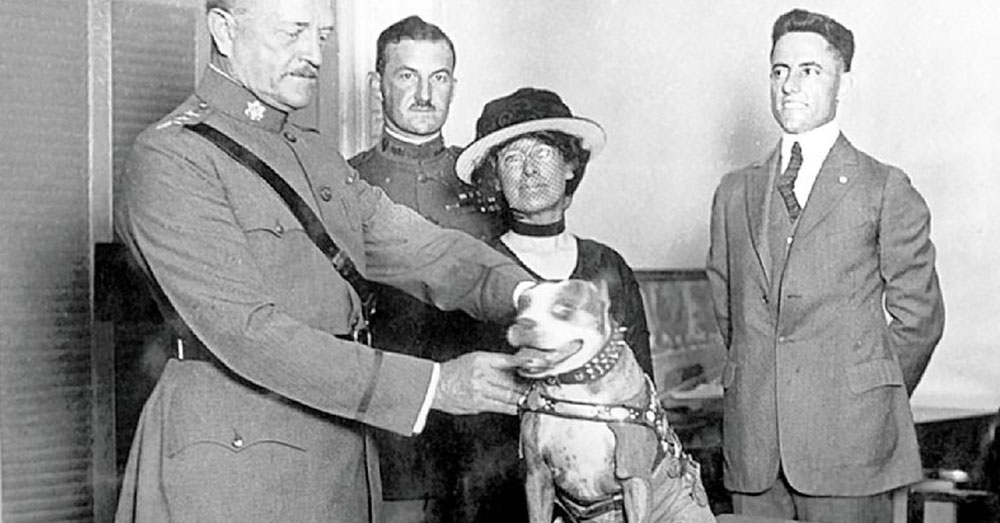 By the end of the war, Sgt. Stubby wore one wound strip on the uniform that was made for him and two service stripes. He would become a national sensation on his return home too. 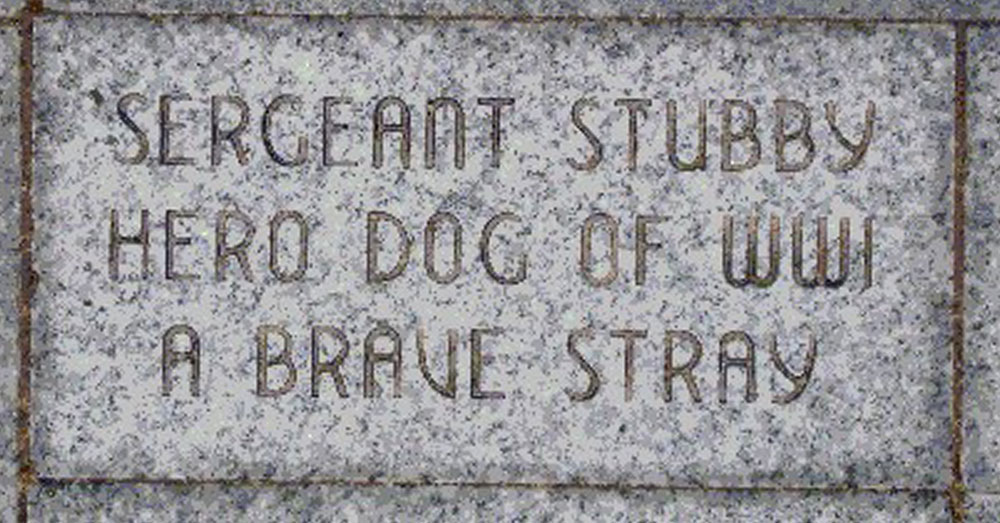 On July 21, 1921 he and hundreds of other WWI veterans were in attendance at an event held at the State, War, and Navy Building in Washington, D.C. At that event Sgt. Stubby was presented with an engraved, solid gold medal for “heroism of the highest caliber and bravery under fire.” It was pinned to Sgt. Stubby’s uniform by none other than General John J. Pershing himself. Sgt. Stubby returned the favor by licking the general’s face and wagging his stubby tail. He was the first dog to be given rank in the United States Army. 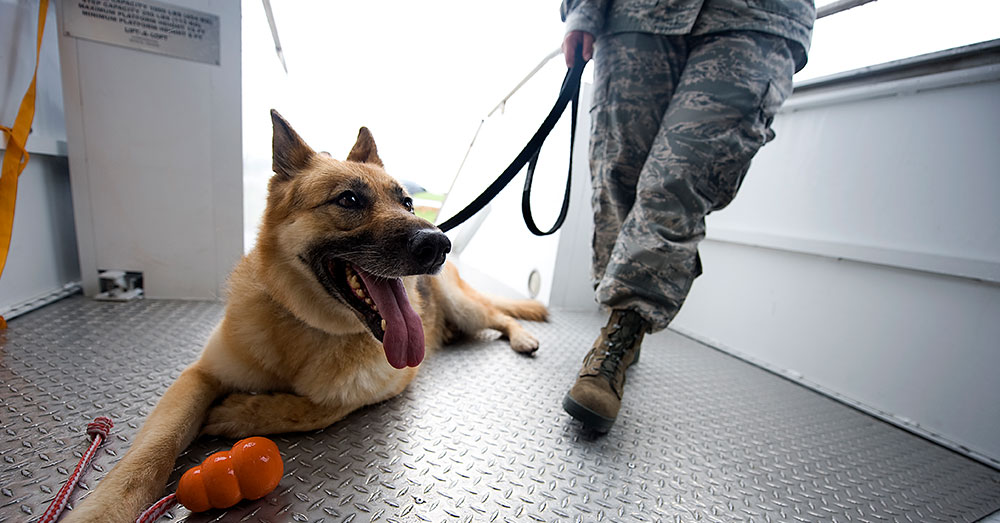 Source: U.S. Air Force
A Belgian Malinois is trained for service as a Military Working Dog.

Another canine hero was a Belgian Malinois by the name of Cairo. Cairo accompanied Seal Team 6 on the raid that killed Osama Bin Laden. Cairo was along to help clear buildings, sniff out IEDs, to search for false walls or hidden doors where Bin Laden might be hiding, and to help keep curious neighbors around Bin Laden’s compound at bay during the raid.

Cairo and 23 members of Seal Team 6 were delivered to the Bin Laden compound in Abbottabad, Pakistan, by two specially designed and rigged helicopters from the 160th Special Operations Aviation Regiment, otherwise known as the “Night Stalkers.”

After this successful mission, the the members of Seal Team 6 and Cairo were congratulated by President Obama. The President said he wanted to meet the dog, to which the Navy Seal Squadron Commander said, “Mr. President, if you want to meet the dog, I advise you to bring treats.” Apparently the meeting went well.

Click the button below to learn more about these courageous canines!

Dan Doyle is a husband, father, grandfather, Vietnam veteran, and retired professor of Humanities at Seattle University. He taught 13 years at the high school level and 22 years at the university level. He spends his time now babysitting his granddaughter. He is a poet and a blogger as well. Dan holds an AA degree in English Literature, a BA in Comparative Literature, and an MA in Theology, and writes regularly for The Veterans Site Blog.
Whizzco for FAP