Meet Hercules, One Of The World’s Largest Dogs That Loves To Give Kisses

The giant Leonberger named Hercules may be one of the world’s largest dogs, but that doesn’t stop him from being a sweetheart.

He loves to jump on the couch and he’s as affectionate as they come. If you have ever seen the larger dogs who think their lapdogs then you have an idea of what Hercules is like.

In the video below, you can see Hercules attempting to jump onto his owner’s lap. While he appears quite large in the video, it’s important to note that his owner is 6’1″ and 230 pounds (for comparison sake!). 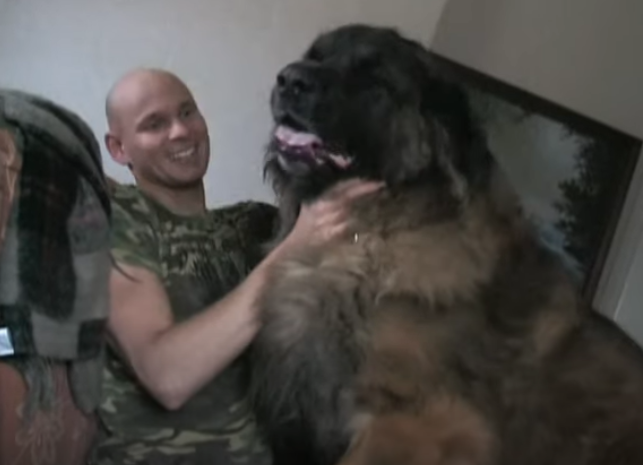 Hercules is a giant teddy bear, approaching his owner for hugs and kisses. It’s as if he has zero idea that he completely dwarfs the man. The amount of loyalty and affection that dogs provide without expecting anything in return is off the charts, and Hercules is no different

He’s providing us with a rare glimmer of happiness in the nightmare that is 2020. We could all use a smile at the moment.

Check out the video for yourself: