Sometimes we all need a helping hand – or a duck in the case of a little boy in the Philippines.

Myla Aguila was walking along when she noticed a little boy crouched at the top of a hill looking down. She was not the only person to have her interest piqued, as a small group gathered at the foot of the hill.

One of the boy’s flip-flops had fallen down the hill and as he crouched down to descend the slope to retrieve it a duck came to the rescue. The white duck waddled over to the flip-flop and picked it up. Then it made its way up the slope to where the boy was waiting. 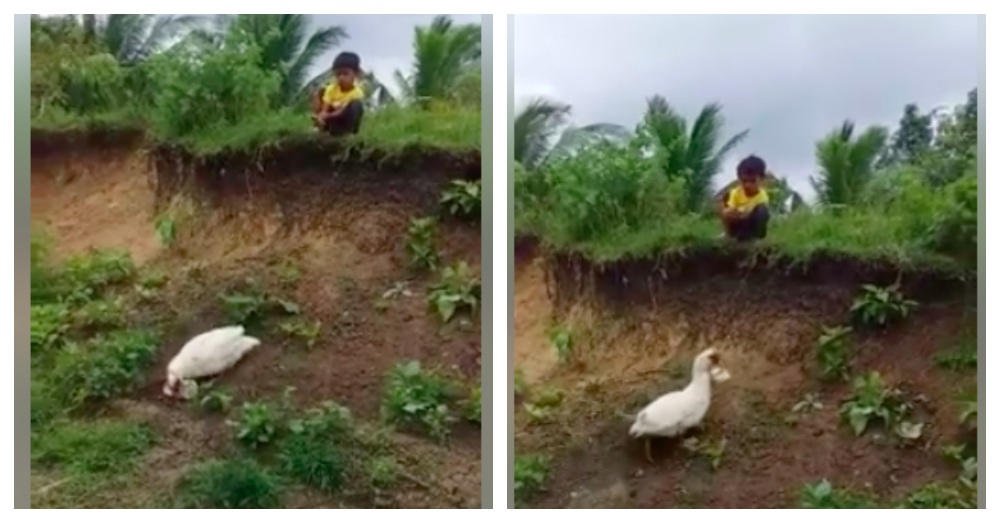 The duck reaches the boy and he extends his hand but does not catch the flip-flop. Instead, it slides down the hill again. The determined duck waddles back down the slope to retrieve it again.

After a few more failed attempts to return the flip-flop to the boy, the crowd began to cheer and finally the boy grabs the flip-flop. 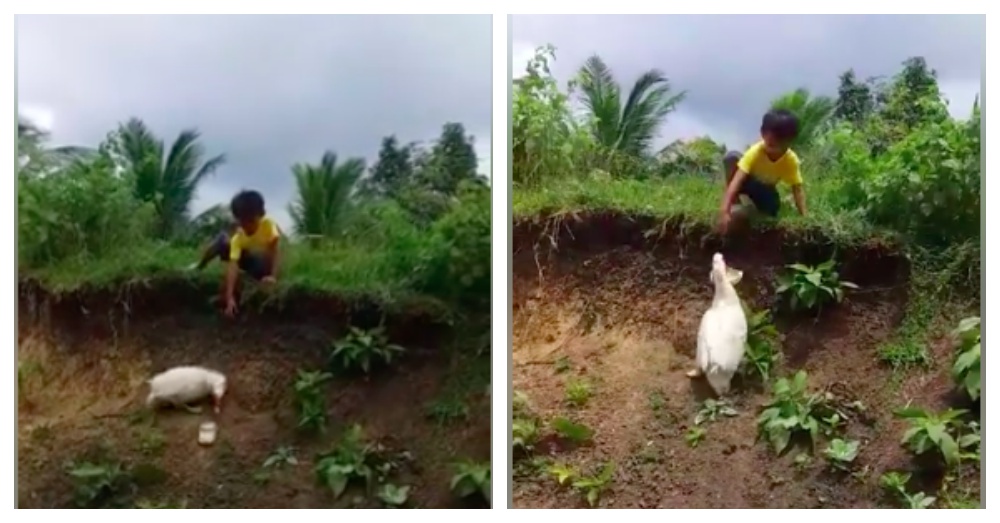 Everyone cheers and Aguila who recorded the whole incident said, “The Duck is kind… he really helped even though he doesn’t know the child.” 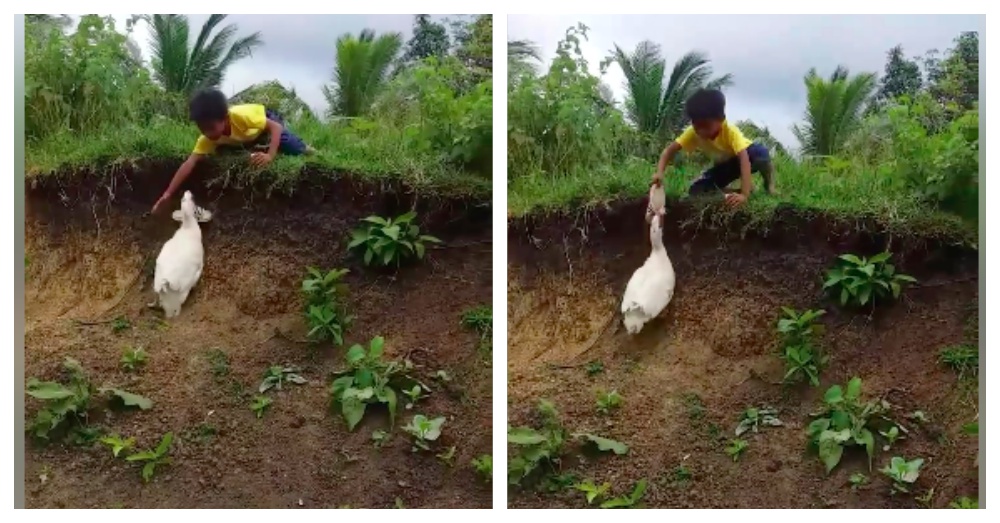 The duck’s kindness has inspired Aguila and she wrote, “From now on I won’t eat meat anymore.. I will feel mercy on them because of what I saw.”

The video has gone viral and people are praising the duck for its compassion. One man even wrote, “That duck is way more considerate than many humans I’ve crossed paths with.”

Watch the incredible act of kindness in the video below. Don’t forget to share!