This Helmeted Hornbill Is Like A ‘Living Dinosaur,’ And Rampant Poaching Is Driving It Extinct

Found in the evergreen forests of Southeast Asia, where it feeds on figs and small woodland rodents, the Helmeted Hornbill is an unmistakable sight; it’s dark black feathers are set off by scarlet skin around the face and neck, and a massive casque jutting out from the top of its bright yellow beak.

The bird is about as close as you might get to seeing a living dinosaur, and it’s call is just as distinctive, characterized as more of a sharp cackle than the tweets of a songbird. Some have even confused it for maniacal laughter.

The Helmeted Hornbill is one of the most unique birds in the world, which is why poachers are so eager to capture and kill them, for sale on the black market. Tragically, they’ve done so with enthusiasm over the last few decades, in search of the rare “red ivory” of the Hornbill’s casques, plunging the bird from the IUCN’s “Near Threatened” designation, down to “Critically Endangered.” 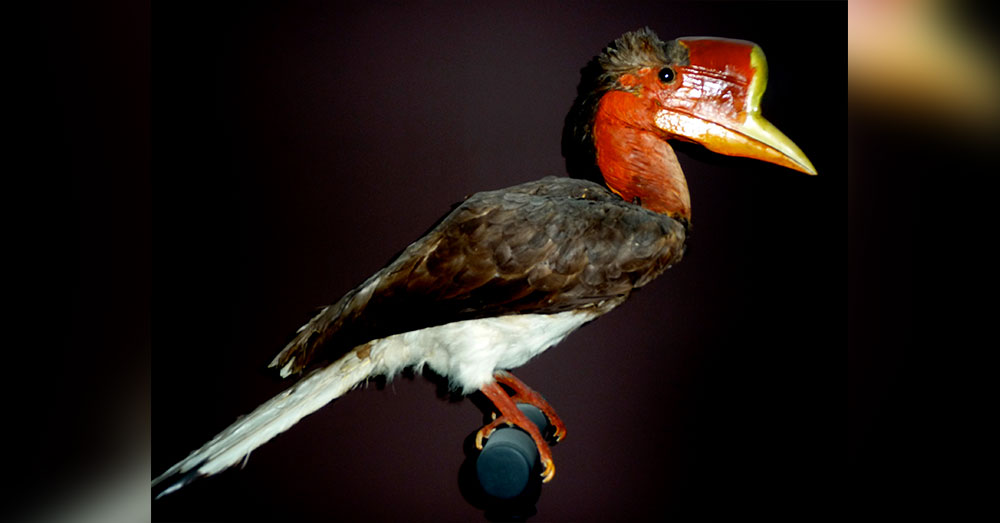 Source: Wikimedia Commons
The Helmeted Hornbill lives in the lowlands of southeastern Asia.

Organized crime operations in Sumatra and Borneo even pay local residents to shoot and kill any Hornbills they come across, sometimes downing as many as 15 a day, all fueling the desire for “red ivory,” which fetches a high price among the nouveau riche in China. 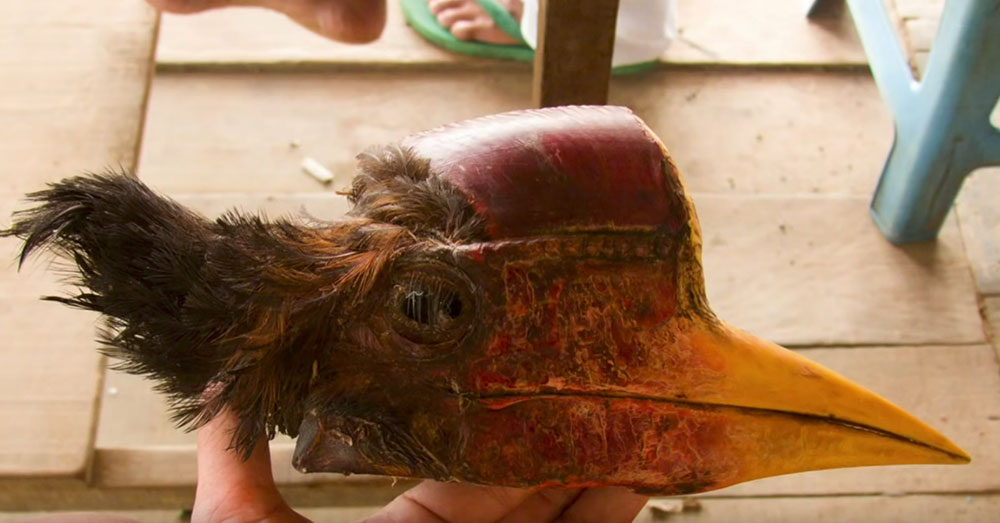 Source: YouTube/SuperBlueTaurus
The Hornbill is hunted for its beak, which is more valuable than ivory on some markets.

According to Phys.org, Hornbill casques are light and hollow, and softer than real ivory, easily carved into small figurines. The demand for these items is growing, as is the removal of the bird’s habitat through deforestation.

Things are not looking good for the Hornbill.

The bird makes its home in the lowlands of Brunei, Indonesia, Malaysia, Myanmar, and southern Thailand. Each of those countries offers some sort of protectionary regulation, as it has been illegal to buy and sell Helmeted Hornbill parts internationally since 1975, but only in Brunei is it safe from deforestation. Brunei, being an oil-rich country, has no need to rely on the logging industry to exchange its forests for revenue, and strict gun regulations have kept poachers largely at bay. 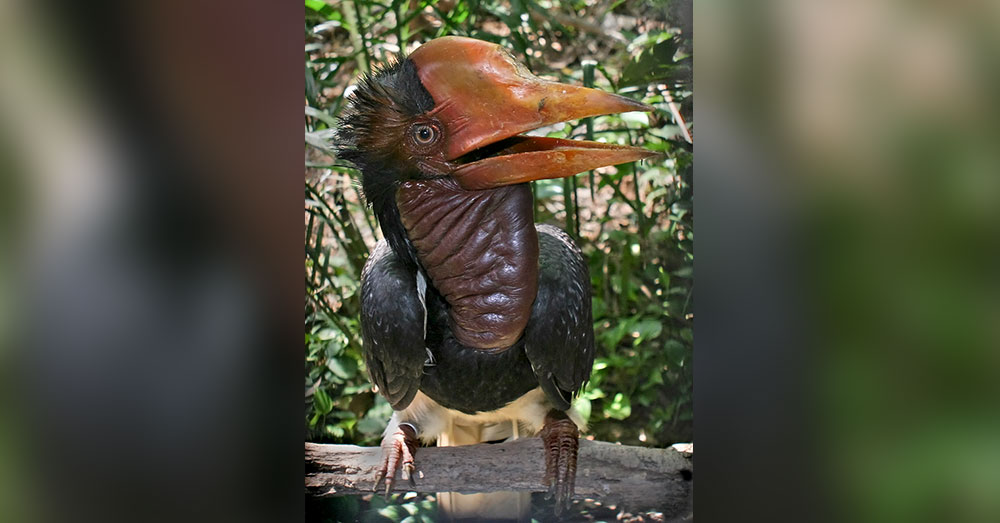 Elsewhere in Asia, especially in Indonesia, the birds are being hunted more now than ever before. In 2012, in Borneo, at an airport in West Kalimantan, National Geographic reports, two Chinese women were caught smuggling 96 Hornbill casque pieces out of the country.

That was only the beginning. 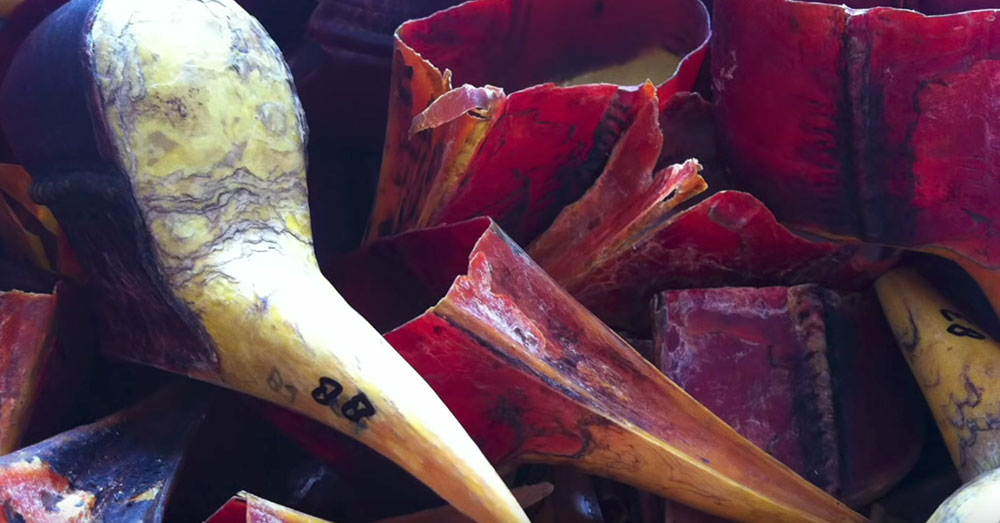 Source: YouTube/SuperBlueTaurus
The Helmeted Hornbill is listed by the IUCN as “Critically Endangered.”

Thousands of Hornbill casques have since turned up in luggage confiscated at southeast Asian airports, and investigators believe it’s only a small percentage of the birds that have actually been killed in the last few decades.

An estimated 6,000 Helmeted Hornbills were killed in 2013 in West Kalimantan alone. That figure has since increased, and it’s hard to tell how many Hornbills yet remain in the wild. 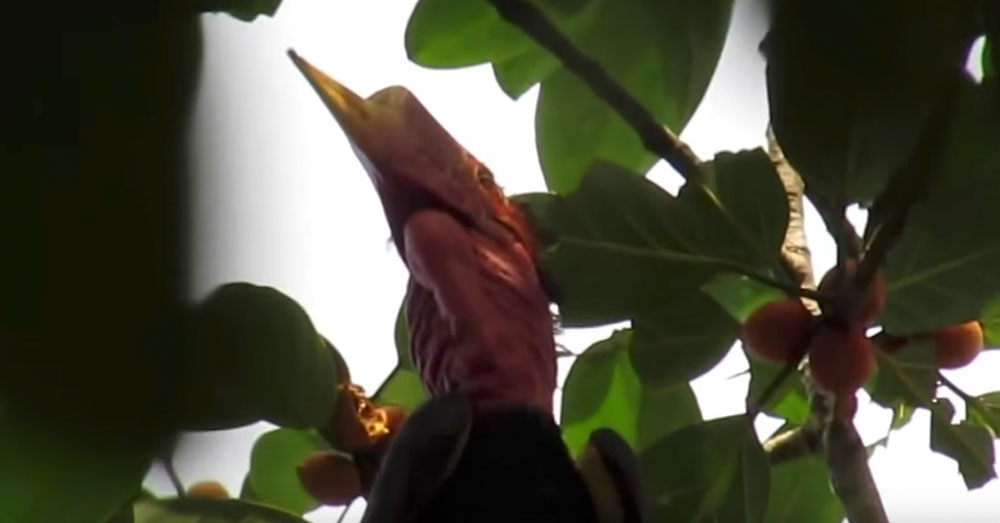 Learn more about the beautiful, and critically endangered bird in the video below.