Saving Grace Animal Society in Alberta, Canada, is home to many rescued animals. Their motto is “Rescue them all big or small!”

While many of the rescues go on to find forever homes, an unlikely pair are permanent residents after forming an unbreakable friendship.

Heaven, a blind 2-month-old calf, and Sweetpea, a former bait dog, had a rough start to life. Their paths crossed after being rescued and brought to the same sanctuary. 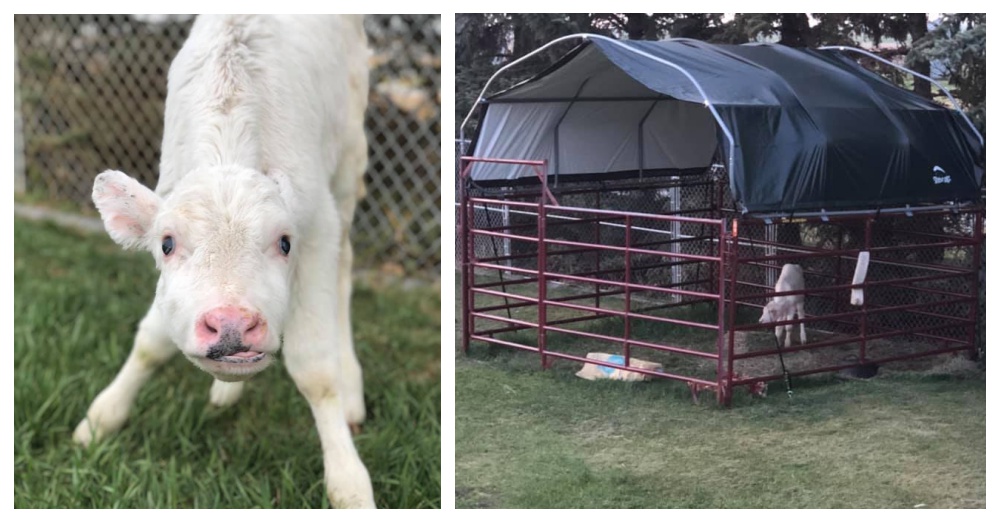 Heaven was rescued from a dairy farm in Alberta. She was nervous and skittish around other farm animals, so the sanctuary made a special pen for her in the backyard. That is where she met Sweetpea, the ambassador dog of the sanctuary.

Sweetpea is a pit bull that rescuers believed was a former bait dog in an underground fighting ring. She arrived emaciated and covered in lacerations, but just wanted to be loved. The sweet girl was brought to the sanctuary where she spreads her love by being the official greeter to all incoming animals. 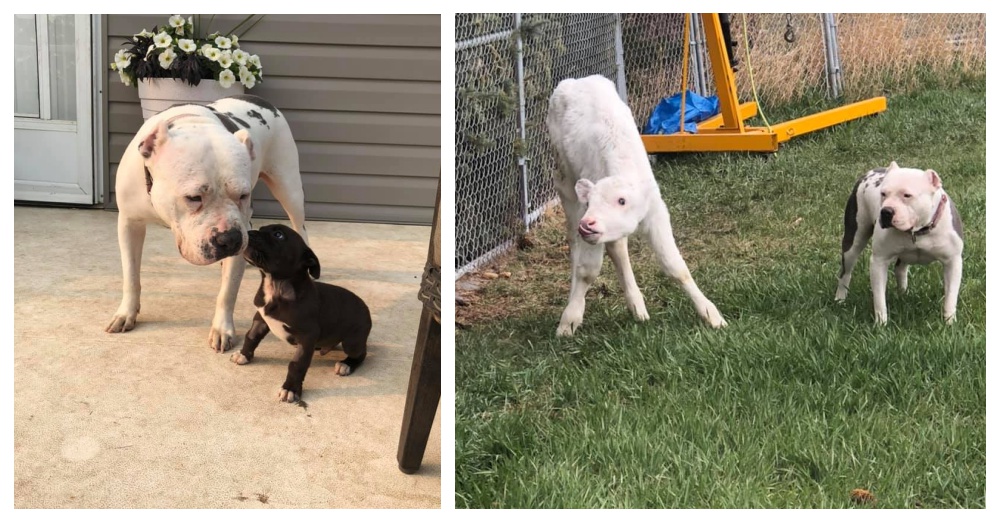 “They took to each other and immediately bonded,” Erin Deems, the animal rescue’s executive director, told CBC News.

“Love knows no species boundaries. When two animals can bond like that, it’s pretty heartwarming.” 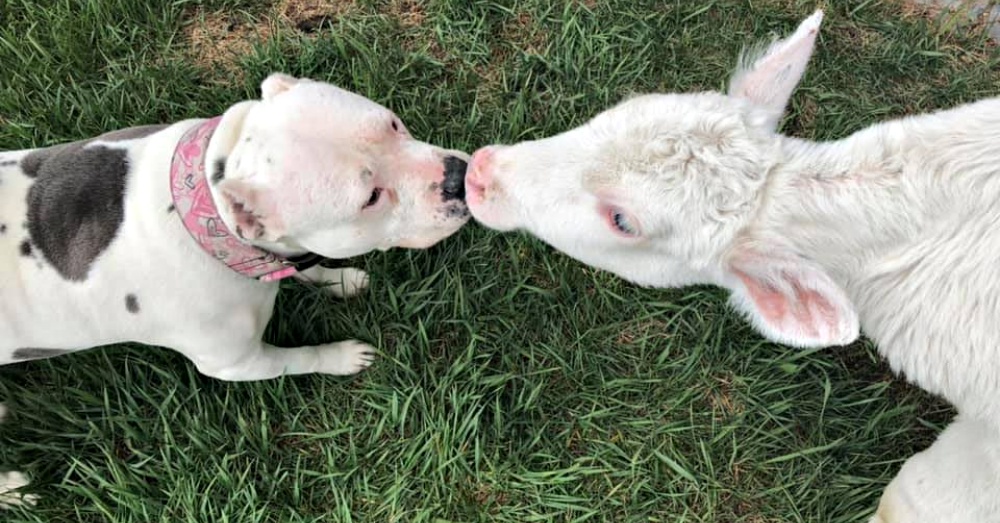 The two spend their days sunbathing, playing and roaming the grounds. Deem said, “Sweetpea really enjoys grooming Heaven so she’s always licking her face and cleaning her up as well as she can. They just really enjoy each other’s company.” 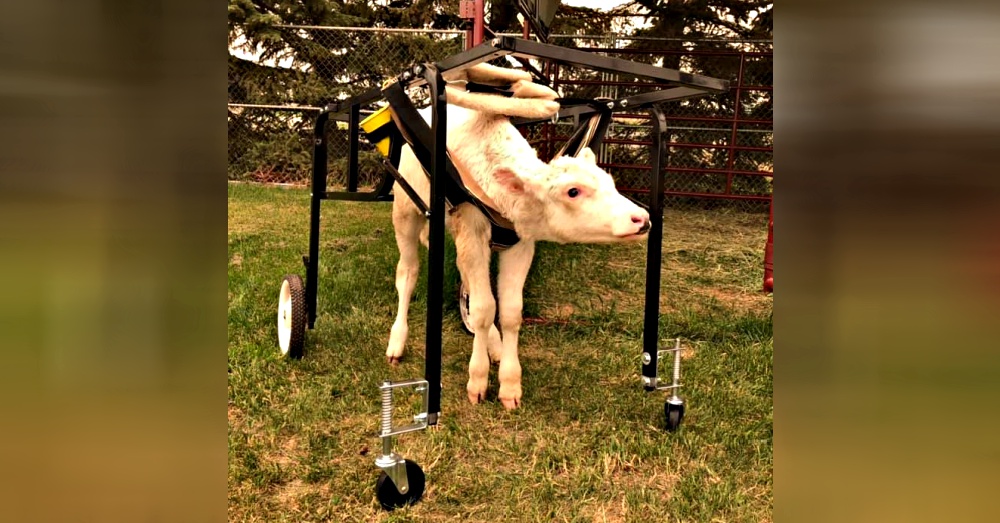 Recently, Heaven received a custom cart with a built-in halo to help her get around without bumping into everything. Heaven is still adjusting to moving around without her sight, but Sweetpea is there to help her up every time she stumbles. 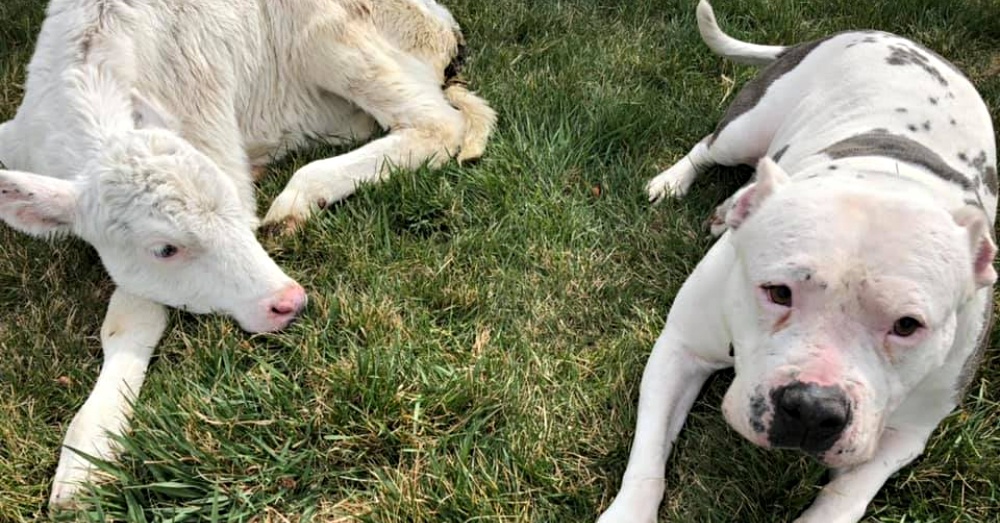 Their bond will never be broken as the sanctuary has said, “They’re both going to live out the rest of their days at their sanctuary so they can continue their friendship for as long as they see fit.”

Dog Apologizes To His Brother For Eating His Food In The Most Adorable Way: Click “Next” below!