In times of crisis, the lines between species become blurred. We all creatures who feel pain and want to avoid tragedy.

And, when tragedy strikes, we lean on each other.

These images show points in history where those lines have been erased; not by a poacher’s gun, not by old age, not even by extinction. But, by compassion and love.

After breeding programs failed in Sudan, the fate of the white rhino was seemingly sealed forever. The last remaining male white rhino was guarded vigilantly from poachers, but even the armed guards must have felt the gradual march toward extinction as the rhino struggled to walk in its last few weeks. 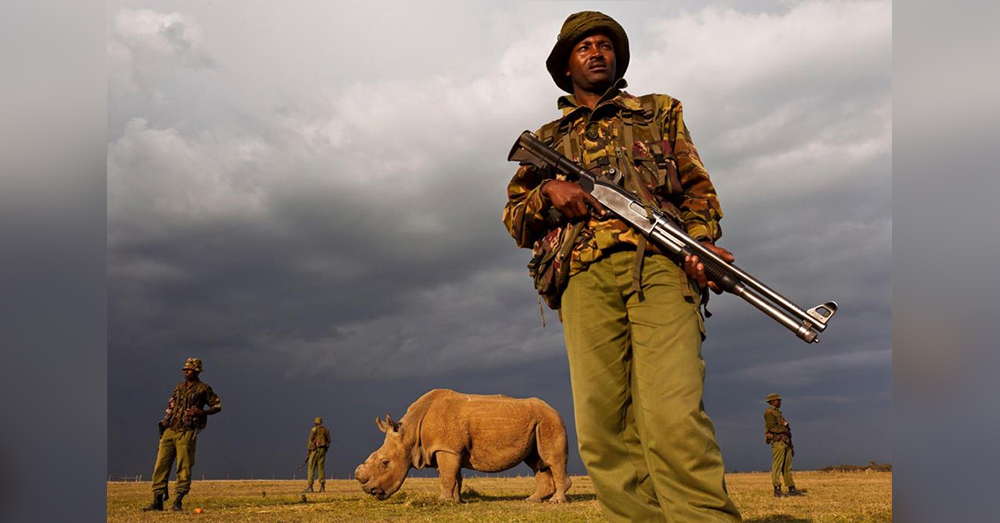 One of the final images of this creature shows a ranger caressing the massive rhino’s head and tusks as it drifts off into history. 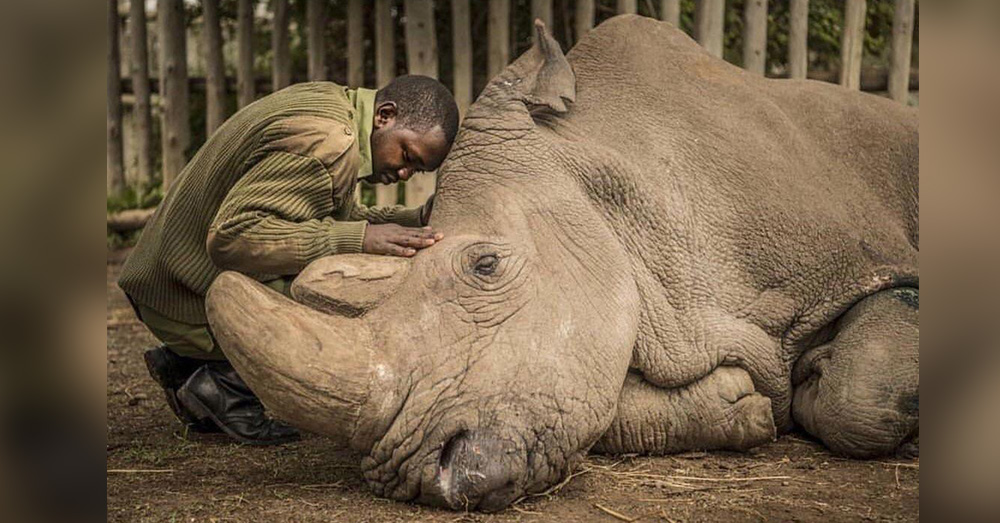 It’s hard not to be moved by this image, and even harder to think about what could have been done to prevent such a loss.

Still, we lose important species every day. Many miles south of Sudan, in the jungles of the Democratic Republic of Congo, Uganda, and Rwanda, gorillas are routinely hunted by poachers. Their killed for their body parts, which are sold as collectibles in black markets around the world. 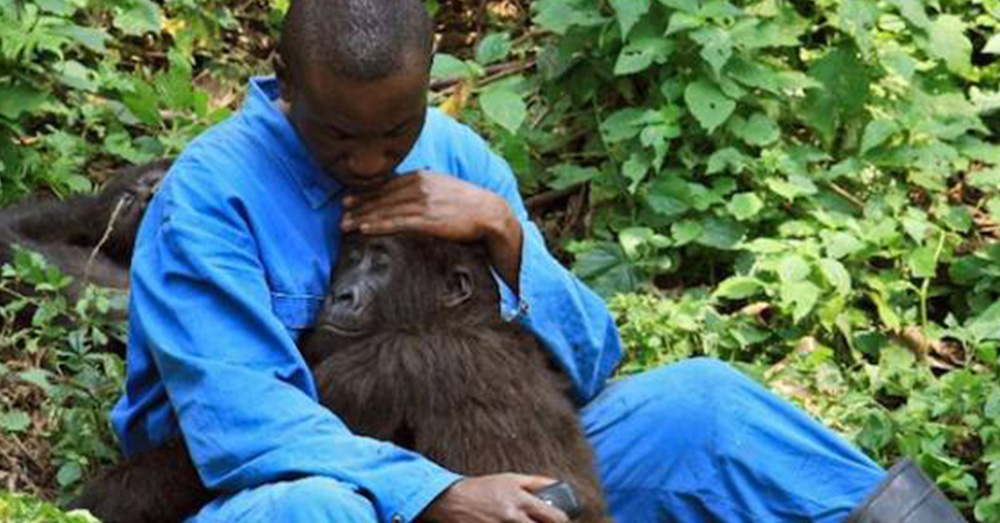 When rangers in wildlife sanctuaries find evidence of gorilla poaching, the scene is almost always grim. Occasionally, young ones are left behind.

This image of a man comforting an orphaned gorilla after its mother was killed by poachers shows how the species is still willing to trust humans, even after it was they who took everything from him. 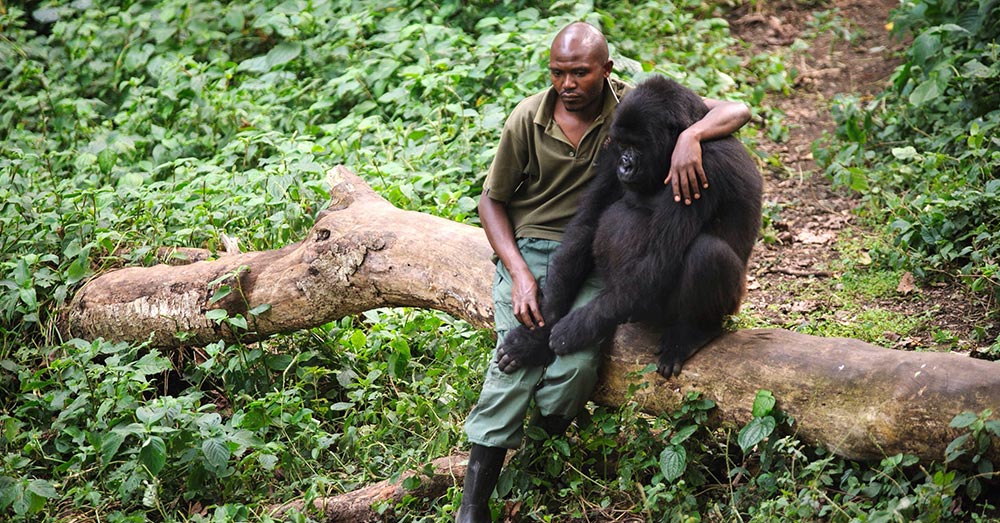 Source: Reddit/u/TheUnchainedZebra
A man comforts an orphaned gorilla after its mother was killed by poachers.

Not all snapshots of animal inspiration involve sadness. Some are merely joyful beyond words. Like gorillas, chimpanzees are some of the most intelligent animals in the world. According to National Geographic, “They can learn words, play with objects, and even seem to mourn the deaths of their friends.”

When a 59-year-old chimpanzee named “Mama” was reaching the end of her life, her quick wit and memory still had not left. A visit from her old friend Professor Jan van Hooff was all it took to bring a twinkle to her eye and a smile to her face.

In the end, old age takes us all. It’s a fact of life, and one that most all pet owners need to be prepared for. Still, knowing the rainbow road is coming doesn’t make the departure any easier. 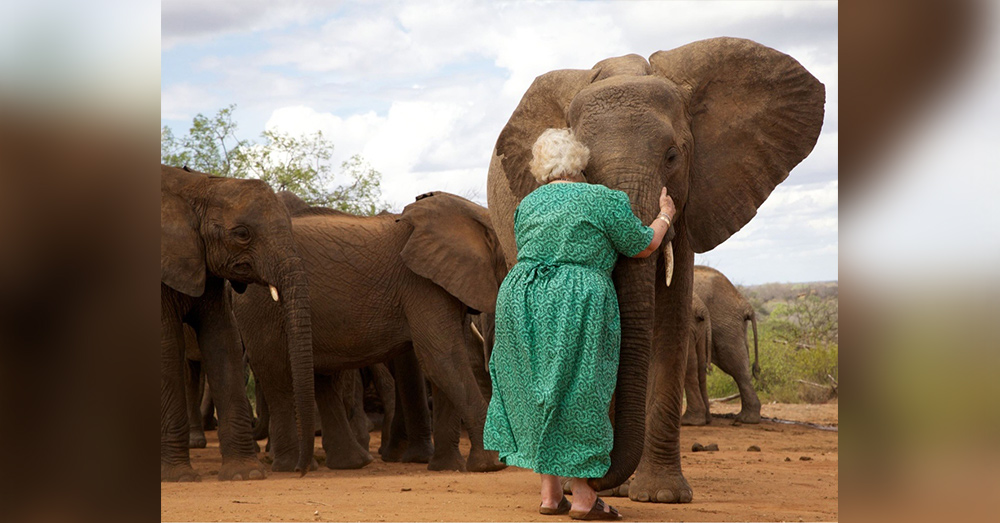 Source: Reddit/u/carlinha1289
Dame Daphne Sheldrick helped to save orphans elephants in Kenya. When she visits them, they line up to hug her.

Filmmaker Eliot Rausch made a beautiful video of the last few moments between Jason Wood and his canine companion Oden. Oden had been suffering from cancer, and rather than see his friend succumb to the disease, Wood made the hard decision to end his life on a high note.

During their final moments together, Wood held his friend tight as they made their way to the veterinary clinic, shots were administered, and Oden drifted off to sleep one last time.

Watch the moving documentary below. You may want some tissues.

Uplifting Rescue Stories Amidst Destruction Of Hurricane Michael: Click “Next” below!