This Cute Cat Has a Permanent Head Tilt

Lucy was just nine months old when she was brought to Wrenn Rescues shelter in Los Angeles in very poor condition. The little creature had an upper respiratory infection, an ear infection, and a broken front leg. She was terrified and unhappy.

Shelter staff member Jenifer Hurt took Lucy in to Oaks Veterinary Urgent Care to get medication for the infections and, later, for surgery on her leg. She had to be kept at the vet for a long time during the healing process. But little by little, the tiny cat began to heal up, and her cuddly and affectionate nature quickly became more apparent.

Lucy was, however, left with one remaining sign of the traumatic illnesses she’d been through. She now has a permanent head tilt, which she owes to the seriousness of the infection in her ear. 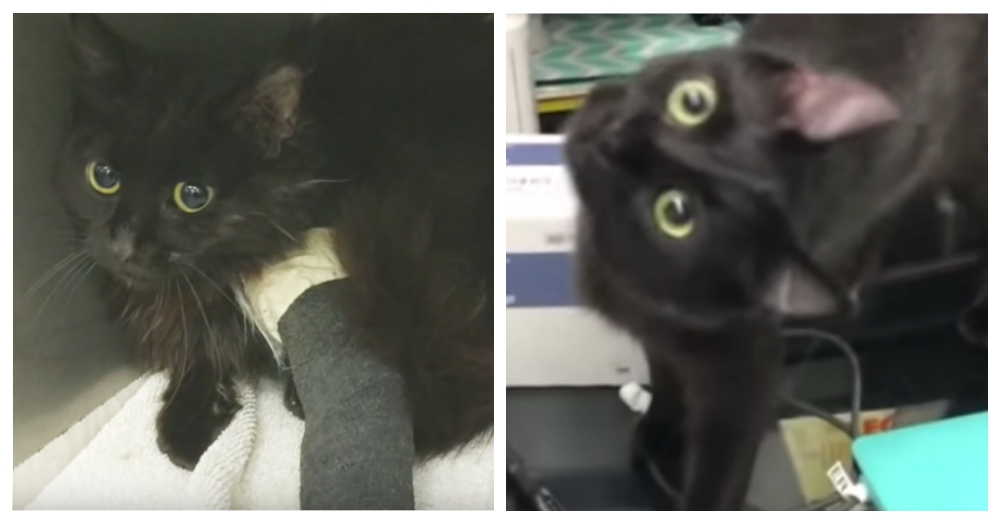 “Our vet discovered she had a massive, untreated ear infection,” says Hurt. “It likely went into her inner ear, damaging it.”

Luckily, the new angle of her head doesn’t seem to bother Lucy, even though it’s quite pronounced. It certainly doesn’t slow her down or keep her from hopping up on the furniture and meowing for pets and cuddles.

“She will always have that cute little head tilt!” says Hurt. “It doesn’t affect her one bit and personally, I think it’s adorable. Lucy loves to snuggle!” 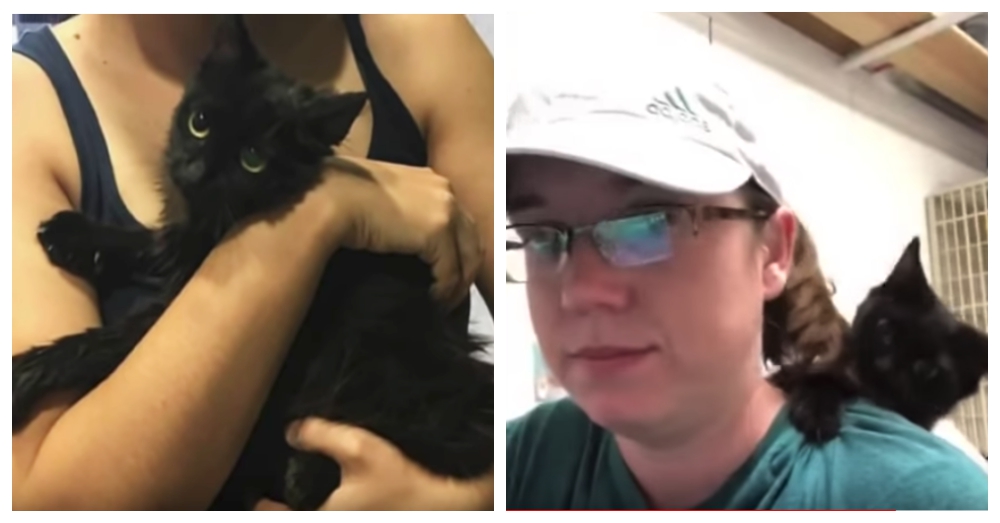 Lucy hasn’t found her forever home yet, although she is up for adoption and ready to head out on a new adventure with a new owner. In the meantime, however, she’s making sure everyone at the shelter knows she’s around. She always wants human attention and cuddles, and she eagerly greets all newcomers at the office. 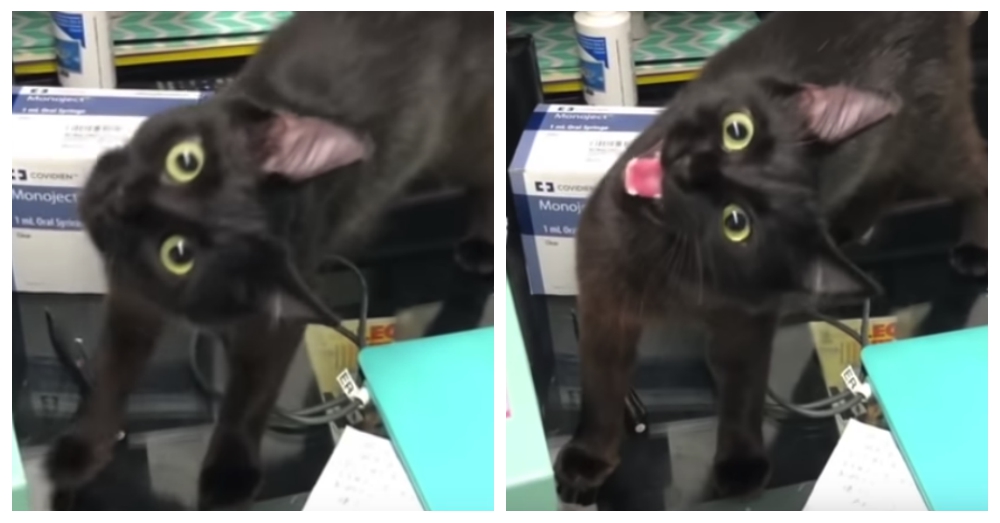 “She seems to be more interested in human attention than cat attention,” says Hurt. “What a lover. “When I bring her in, she has her special spot under my desk where she can sleep but also be close to the action.”

See this adorable kitty in action in the video below.