Hawk Swoops Down And Reaches For Small Dog

Sugar Foot the dog has luck on her side after a giant hawk swooped toward her at Overbrook Park, Philadelphia, on Sept. 22, her owner said.

Sugar Foot’s owner, Natalaya Hines, watched as the bird approached her dog and then fly back up into the sky. Sugarfoot was completely oblivious to the danger lurking above and carried on like nothing was going on.

Hines was recording Sugar Foot in slow motion and told Storyful that she was “trying to catch priceless moments” of her 17-month-old pup. Hines added that she “would have been devastated” to lose her beloved pet. 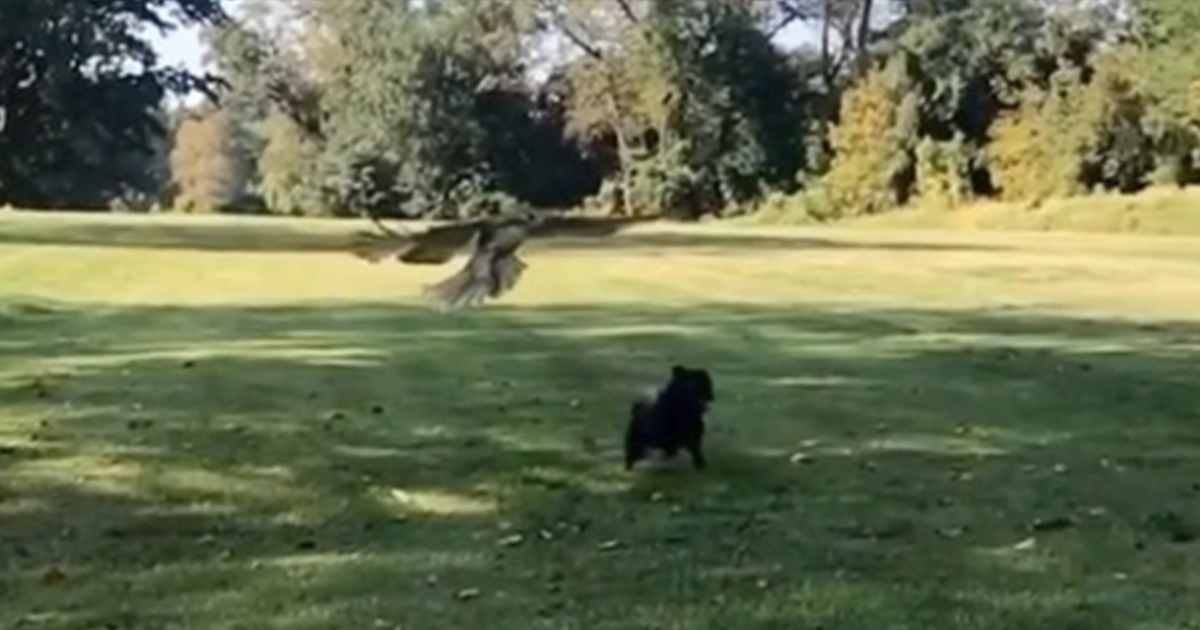 Although the situatin was extremely scary for Natalaya, she isn’t going to let it ruin her dog’s time playing outside: “I see myself letting her out still I’ll just stay cautious for signs of danger,” she said.